Thank you for subscribing!
Got it! Thank you!
Home›Trip Ideas›Outdoor & Adventure›Why European River Cruise Biking Vacations Are on the Rise 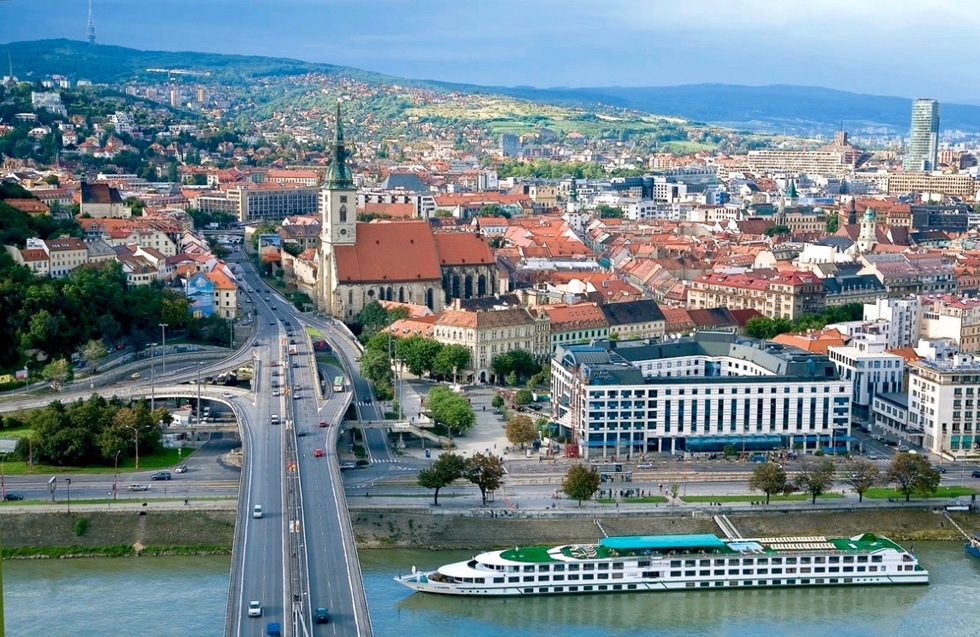 Why European River Cruise Biking Vacations Are on the Rise

For active tourists, the ability to see multiple places easily on a bike has become a major reason to book a European river cruise—which is why more cruise lines are adding cycle tour options.

Like pairing fine wine with cheese, a growing number of European river cruises are adding extensive bicycling options to their already popular trip itineraries. More than just a one-day excursion on a vacation, these so-called "cruise bike tours" or “cycling cruises” take participating passengers on daily guided sojourns to cities, the countryside, and area landmarks with greater speed, intimacy, safety, and depth than ever before.
Which explains their budding popularity. “The 2017 cruise season was the first year we offered cycling cruises, and they've already been a success,” says John McGlade, North American general manager for CroisiEurope, one of the largest European river cruise lines. Pilot programs were so popular, in fact, that CroisiEurope and others have already extended biking cruise itineraries into 2018 and 2019.
That said, marrying boats and bikes isn’t entirely new. “Bike and barge programs have existed for years, so the concept of having a ship to return to each night after cycling isn’t brand new,” admits McGlade. But in Europe, the new wave of these types of trips feels like a fresh development for river cruising, especially along the Danube and Rhine. Along with CroisiEurope, cruise companies AmaWaterways, Uniworld, Emerald Waterways, Scenic Cruises, and Avalon Waterways all operate on both rivers and all of those lines offer either onboard bikes or partnerships with local cycling guides.

According to McGlade, “The trend coincides nicely with the rise of active travel.”


For that very reason, I booked a biking cruise with CroisiEurope earlier this year with the hopes of seeing more sights, staying active, and leaving large cruise crowds behind (instead of in front of me) while at port. As a bonus, I was able to bring my 11-year-old daughter as my biking and cruise companion free of charge—something that select river cruises occasionally offer for children under the age of 16.
While cruising through Austria, Slovakia, and Hungary aboard the 300-foot-long, 180-passenger MS Beethoven on the fabled Danube, my daughter and I would wake each day for an early breakfast, meet our guide in the lobby around 8 or 9am, then debark for either a half or full day of biking. On our first day, our guide, Simon, packed a picnic lunch and wowed us with the scenery of the Wachau Valley, some medieval castle ruins, and many shoreline villages such as the charming Durnstein, Austria (pictured below). 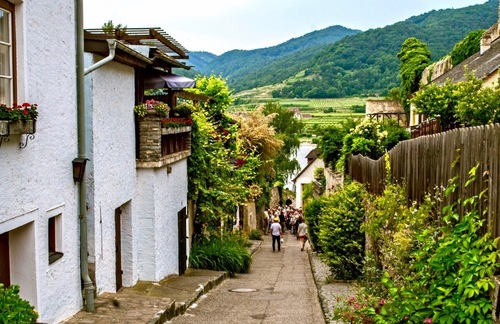 The next morning, we started in Bratislava, Slovakia, before biking back across the river into Austria, sharing roads with fast-moving Audis, and finishing back in Slovakia at Devin Castle, which overlooks the Danube. We were then shuttled back to the ship by car for a late lunch and more cruising. The day after was spent resting and exploring the great plains of Hungary by chartered bus, followed by another full day of biking in beautiful Budapest, a passenger favorite. On two more days of biking, we cycled the endless sunflower fields of Esztergom, Hungary before finishing with a full day of sightseeing in historic Vienna.

By the end of the eight-day trip, my daughter and I had biked over 120 miles. Admittedly, we were fatigued. But thanks to the ship, we were also well-rested, well-fed, and well-guided. Using bikes to go beyond the shoreline and river banks enriched the experience more than would have been possible had we just stayed on or near the ship.
While we opted to exert ourselves on this trip, individual bikers can work with their own guides to create customized excursions that are easier or even more strenuous. For the few passengers on our ship that opted for cycling, all of the tours were worry-free, thanks to GPS-equipped bikes, preplanned routes, support vehicles, and our first-class guide. “These are great programs for anyone who wants to experience Europe on bike and can work for all levels,” says McGlade.
Having biked and river cruised Europe for myself, I can report that this unique travel combination is an excellent way to experience two of the continent’s most rewarding pastimes. What’s more, the novel package comes with a little extra hand-holding, few logistical worries, and the added amenities associated with cruising—all of which you’ll appreciate after a long day of pedaling.
Aside from the Danube, cycling cruises are also popular along the Rhine, Seine, Loire, Garonne, Dordogne, and Salamanca rivers. To find one, search for “cruise bike tours” and “cycling cruise” itineraries that most appeal to you. Our newly published Frommer's EasyGuide to River Cruising can help get you started.
Cruise
Cruises
Family & Kids
Outdoor & Adventure