Thank you for subscribing!
Got it! Thank you!
Home›Trip Ideas›Theme Park›What Skyslide is Like at Los Angeles' Skyspace Observation Deck: VIDEO 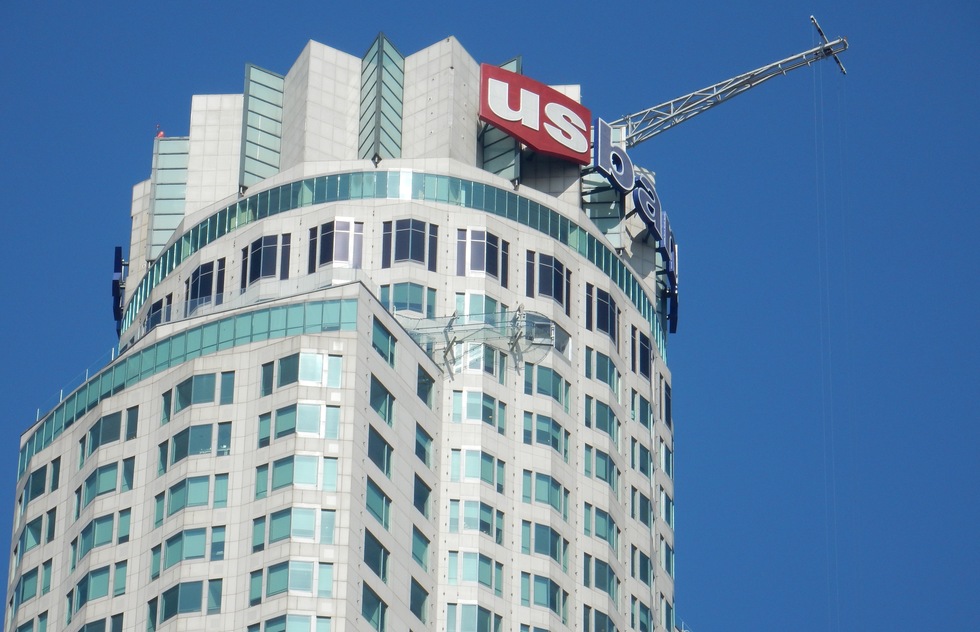 What Skyslide is Like at Los Angeles' Skyspace Observation Deck: VIDEO

When Los Angeles welcomed a new skyscraper observation deck, it did it with a twist: A 45-foot glass slide that whisks tourists 70 stories over the streets of downtown. In the name of tourism, now you can see all of Southern California—and your life flash before your eyes.


This is the US Bank buidling, which since the late 1980s has been the tallest building in the Western United States. You've seen in blown up in countless action movies. But until now, contrary to the tourist traditions of nearly every other city with a skyscraper, visitors couldn't go to the top of it.


Until now. A Singapore-based company, OUE, purchased the tower, and when it became clear that its height was about to be eclipsed by a rival skyscraper nearby, the Wilshire Grand, the company decided to turn former office space into an observation deck—with a twist. 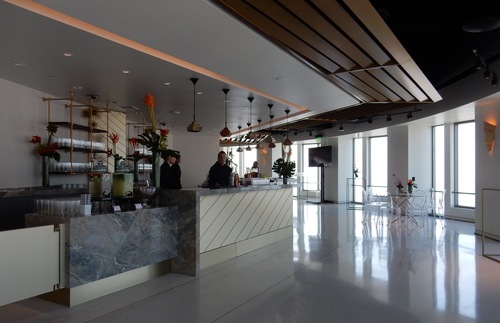 This the the result, OUE Skyspace. It feels a lot like a two-story lounge—not much to do up here but look a the view—but it's on the 70th and 69th floors of this California landmark. There are 13-foot-tall windows encircling both the floors, air conditioning, plus two outdoor decks to facing both the east and the west. When the weather is clear, you can see all the way to the Pacific Ocean to the west and deep into the mountains north and east. Dodger Stadium is a little over a mile to the north. 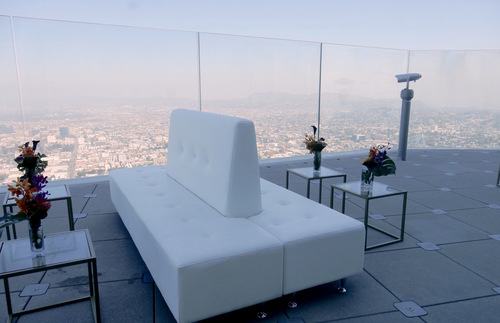 This shot was taken in the morning, when there's sometimes a mist or a haze over the Los Angeles basin. But come in the afternoon, because by then it tends to burn off, and you'll be able to easily see the Hollywood sign, Griffith Observatory, and other landmarks. The free viewfinders help. 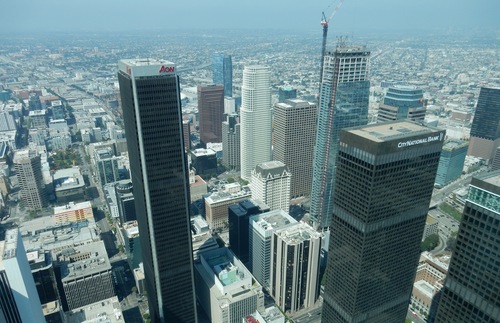 Downtown Los Angeles is on glorious display—the tower is right in the middle of it. This southern view includes the Wilshire Grand under construction.

All in all, it's a fantastic view that hasn't previously been available to tourists, whose perception of Los Angeles has always been, by necessity, close to the ground. When the OUE Skyspace opened, getting to the observation deck cost $25 for adults, $19 for kids aged 3–12, and $22 for adults over the age of 64.

But then there's the slide. 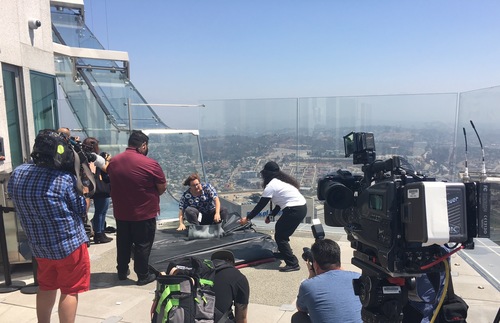 OUE Skyslide is a 45-foot-long slide that protrudes out of the 70th floor and goes to the balcony of the 69th floor. It costs $8 to ride, and it's extremely simple and free of elaborate precautions: You're given a mat. A staffer at the top shouts to a staffer at the bottom to make sure all is clear. And you're sent sliding far over the streets of L.A. for three or four seconds—so fast there's barely time to absorb what's happening. You stop abruptly on a mat positioned outdoors on the eastern balcony. (So the slide won't operate in inclement weather.) 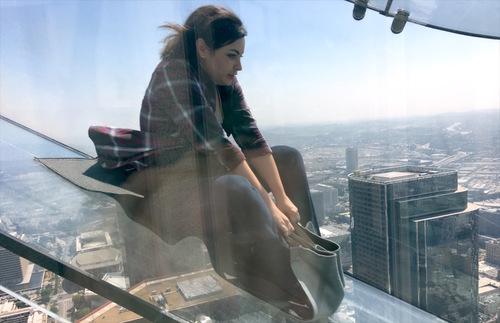 If you've ever gone sledding, you know the feeling. Hold on tight! 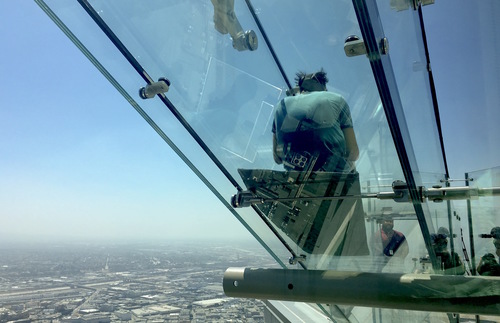 We shot a Periscope on the Skyslide during its media preview day so you can see what it's like to board and what it's like to take it. (If you have a hard time viewing in here, it's also posted on the Frommer's Facebook page.)

You may not find either the queue or the money to be worth the short rush. But remember: If this gimmick isn't for you, it's still possible to spend as long as you wish on the observation decks without paying extra for the slide.