Thank you for subscribing!
Got it! Thank you!
Home›Trip Ideas›Winter Sports›Great Early- and Late-Season U.S. Ski Resorts, the Best Passes, and Smart Savings Tips 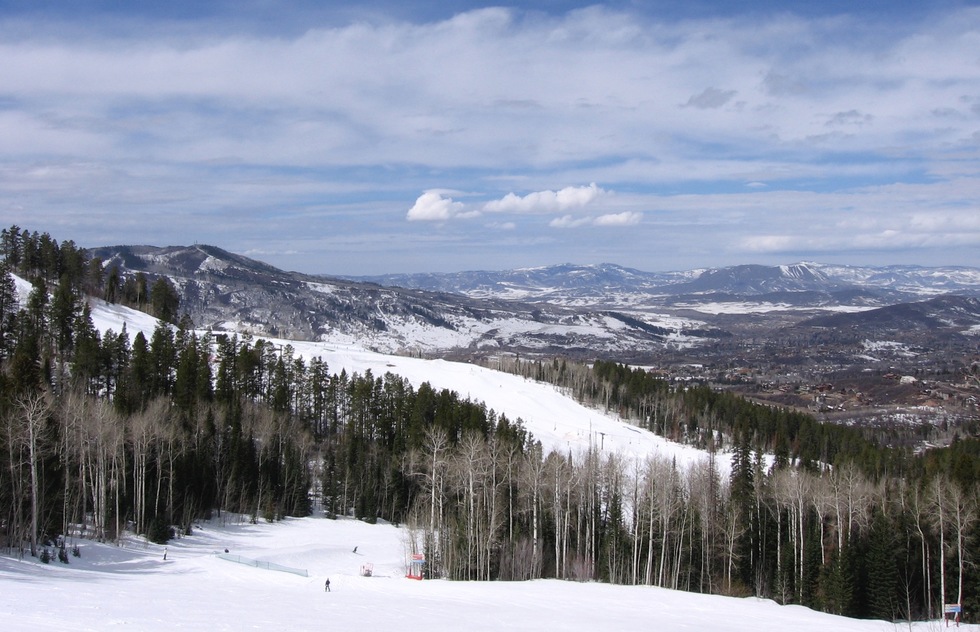 Pauline Frommer talks to a major ski information expert about where you should go for early or late season and how to save money doing it.

It’s said that the Eskimos have 50 words for snow. My guess is that Christopher Steiner has 55.

The founder of the ski booking and information website ZRankings, Steiner is something of a snow whisperer. I spoke with him recently about the prospects for 2018/2019 skiing in the United States, how to sniff out a good deal, and more. Here’s a bit of our conversation.

Pauline Frommer: Obviously, skiing is a highly seasonal sport. What are the best places to go in the early season, if you want to ski in the United States?

Christopher Steiner: Steamboat, Colorado has a very good record of getting a lot of snow early and getting most of its terrain open in time for Christmas. There are a couple of reasons for that. The first is that they tend to get a lot of snow early, so that helps. The second is that the terrain at Steamboat is fairly mellow, it’s not super steep so it doesn’t take a ton of snow to cover all the sharp rocks and things like that. So it’s usually a good bet to book early ski trips there. Whereas a place like Big Sky, which has some steeper terrain up high and doesn’t get a lot of snow early in the season, you’re rolling the dice going there early.

Frommer: Does that mean Steamboat won’t be as challenging to the black diamond skiers?

Steiner: Steamboat has a little bit of everything. It tilts towards the intermediate skier. Though at the top are some steeper runs where experts can get their fill.

Frommer: Looking at the other side of the spectrum, what are your top picks for late-season skiing?

Steiner: The places that excel for late season are at high elevations and have north-facing terrain. That north-facing terrain keeps the snow out of the way of the sun and preserves all that snow that fell over the course of the year, keeping it chalky, rather than having it go into that slushy, freeze-thaw phase every night. The resorts that do really well at that are Arapahoe Basin in Colorado, which excels as the season goes on. Telluride is an excellent bet in the late season. It’s very high and has a lot of north facing terrain. And Copper Mountain in Colorado, also is a great late season bet.

Frommer: Obviously, skiing is not a cheap sport. What are your tips for saving money?

Steiner: The biggest thing is to plan ahead. Get those flights when they’re at their cheapest and be strategic about booking…. If you’re going to ski out of Denver or Salt Lake City, and most people do, there are a lot of flights out of those places. You can watch, starting six to eight months in advance, and usually get a pretty good deal. The other thing you have to book early, that people forget, is you have to rent a car. If you wait, you’re going to get hammered, especially in those ski towns.

Frommer: What about lift passes? What’s the best deal for those?

Steiner: If you’ve been paying attention to the industry you know that there’s been an incredible amount of consolidation in the last 18 months. There’s a new company called Alterra [Mountain Company] that was basically built out of private equity money and it is built to be a rival to Vail Resorts, which was the biggest company in the industry before that. So now there are these two rivals [that] both have mountain passes. One’s called the Epic Pass and that belongs to Vail Resorts and the other is the Icon Pass, which belongs to Alterra. And there are resorts on both of those passes that don’t belong to those companies but have partnered with them to get the strength of that ski pass behind their resorts. There are more than 20 resorts in the United States—marquee, flagship resorts—on both of these passes. Frankly, if you’re going to ski more than four days, you do best getting one of the passes. They cost about $600—that’s the entry price if you buy early, but lift tickets at the marquee mountains, like Vail and Beaver Creek, are touching $200—so that’s a savings.

Frommer: Anywhere in the East where the snow is consistent?

Steiner: The best snow in the East typically is in Vermont, at Stowe and at Jay Peak. Both Stowe and Jay Peak have had an excellent start to the season. It’s probably been the best start to the season in those places, and elsewhere in the U.S., in over a decade.
Other Discounts
Road Trips
Timing Your Trip
Vacations
Winter Sports