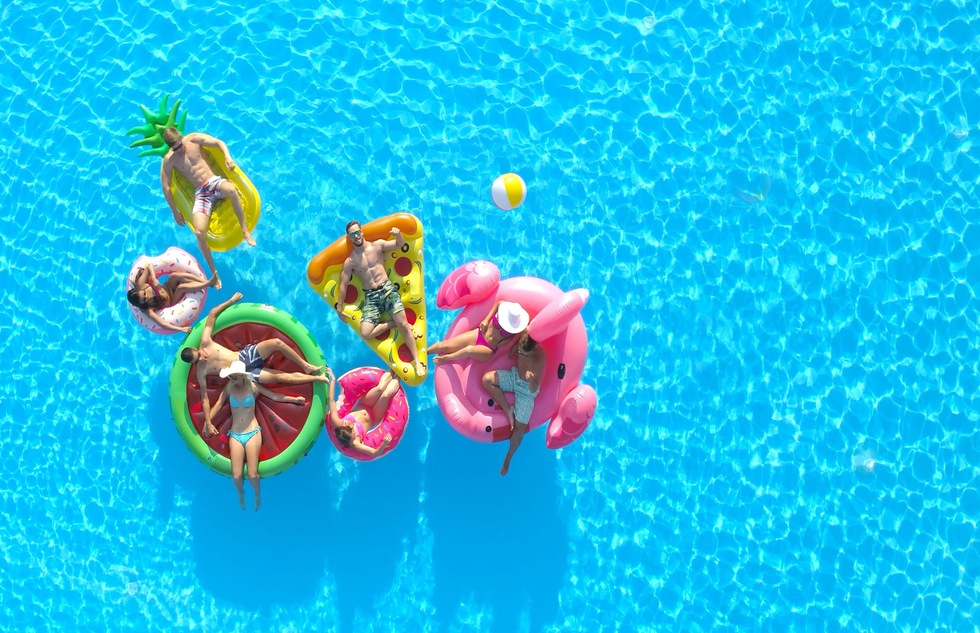 9 Ways You Can Save Money on Summer Travel in 2022

Hard truth: Even if you follow every money-saving tip I'm about to give you in this article, you're still likely to spend more on your 2022 summer vacation than you did in 2021—and possibly in 2019. The sharp uptick in travel costs in just the last few months has been stunning.

But that shouldn't keep you at home. If there's a lesson to be had from the pandemic, it's that life can change on a dime. So get out, travel, and enjoy life while you can.

With the following tips, you will save enough money to not stress out constantly while you're on vacation. I promise.

1. Travel during the cheapest part of summer.

Every year starting in the last two weeks of August, prices drop significantly to most places. That's because kids go back to school by then in many parts of the U.S.A., which removes family travelers from the mix.

This traditional price drop holds in 2022. Among the best savings I've found so far include drops of $150 on round-trips from Boston to Los Angeles in the second-to-last week of August, as compared to the same period in July.

From Chicago to Miami, the bottom price I found was $279 round-trip for the July trips, but the price was $100 lower, at $174, in late August. For international flights, fares were a head-spinning $1,000 cheaper in August. On a Dallas–Paris round-trip with one stop, the lowest I could find for July was $2,274, but that went down to $1,170 in late August.

Fuel costs are, of course, a wild card this year, and if they continue to climb, it's possible August and September airfares could climb, too. But traditionally, gas prices come down after the peak of the summer season.

I should mention that lodging rates also drop in late August and stay down, except in the places that are popular for fall foliage.

That ugly $2,274 fare to Paris that I just cited? It doesn't have to be that way. If you can get yourself on one of the new-to-the-market airlines like Avelo, Breeze, or Play, you could find yourself paying much less than the going rate.

In the case of Paris, I found a $440 round-trip fare there on Play from Stewart Airport, north of New York City, in July. That rate could almost double if you were to check a bag, choose a seat, or avail yourself of one of the other amenities. But even with all of the ugly additional fees they tack onto their base fares, Play is still far cheaper than the bigger carriers.

According to a study of 128 million airfares undertaken by discount airfare site CheapAir.com, the lowest domestic summer fares in the U.S. are up 26% from 2021.

But the picture is much more dire for smaller airports, according to CheapAir. In fact, you're going to want to do everything possible to avoid flying into Dayton, Ohio, this summer, because airfares there are up a whopping 42%, which translates to a bit over $100 more per flight compared to last year.

Prices aren't much better in Flint, Michigan, or Greensboro, North Carolina, both of which have seen a 38% increase in air travel costs. Next in this list of shame come Des Moines (up 36%), Spokane (up 34%) and West Palm Beach, Little Rock, Cincinatti, and Akron (all up 33%).

Cuts in service to smaller airports are the culprit. "When scarcity meets demand, you get inflated prices," CheapAir.com explains on its site. "In the past you may have had a choice of four flights, for example, to choose from. Now, you might only have one—and the increased demand means you’re forced to pay more for that flight."

Where should you be flying? The major city airports that have seen the smallest price hikes are attached to Boston, Houston, San Juan (Puerto Rico), New York, Chicago, Tampa, Denver, and Washington, D.C.

4. Go where the dollar is strong.

As I write this, the dollar is almost on par with the euro. Not long ago, it was trading at $1.35 to €1, so the change signifies a huge savings for on-the-ground costs in all the countries that use that currency (there are some in the Caribbean, too).

The dollar is similarly strong against the Mexican peso, the Canadian loonie, the Peruvian soles, and the South African rand. That's why (though I admit getting to some of these places might be pricier) if you can amortize your costs by taking a long trip, following the dollar could be a very wise move in 2022. Here's more on that.

5. Search creatively for a place to sleep.

By which I mean: Don't just go to the internet. A newly launched Instagram-based hotel booking engine is creaming the competition, offering some of the lowest rates I'm seeing anywhere for hotels. You can see my explanation as to why you need to double check @Hotel's offerings in this article.

I also mean you should price shop. For vacation rentals, the key strategy is to find the right property for you—and then check which search engines and property rental companies are competing to offer it, as we explained in this recent article. One traveler in our Frommer's Roamers Facebook group noted that his wife always cross-checks rental properties she finds on Airbnb with listings on TripAdvisor because TripAdvisor's prices are inevitably lower. I can't say that's always the case, but it's an excellent tip. Checking VRBO and FlipKey, too, is a smart move that can lead to savings.

If you're going to a nearby amusement park several times or visiting more than one location in a chain of them (say Great Adventure or Six Flags), getting a season pass often pays off in three visits, partially because these passes often come with extras like free parking and discounts on snacks.

It's also always smart to join hotel loyalty programs. Not only does membership come with money-saving perks like free wi-fi, upgrades, and discounted spa treatments, it often serves as a key to members-only lower nightly rates.

7. Pamper your car before setting out.

If you get your jalopy tuned up before you take a road trip, it will likely reward you by using less gas. You should also use the other lessons we learned in the 1970s to make a tank stretch further: pack lightly so your car weighs less, close windows to reduce drag, change the oil, and observe the speed limit (which is more fuel efficient than gunning the engine).

Such useful apps like GasPriceWatch and GasBuddy can help Americans and Canadians find the cheapest gas station near to where they are, so download those onto your smartphone before you hit the road.

8. If you're doing a car rental, play around with the dates.

Car rental prices have been spiking on weekends in 2022, partially due to the continued downturn in business travel. So you could score a cheaper car, on a per-day basis, if you get one midweek or take a weeklong rental. "It's absolutely worth playing around with the rental dates so see if it makes a difference in the final price,"  says Jonathan Weinburg, the CEO of discount rental site AutoSlash.

I'd add that using AutoSlash's price-tracking system can also help you save. If you book your car rental through it, it'll keep track of your rate and re-book you automatically if it drops. I used it for a trip to New Zealand several years ago and ended up saving several hundred dollars because my rental rate dropped three times between the moment I booked my car and the day I traveled.

9. Let the universe decide where you should go.

Many flight search engines allow you to do airfare searches for great prices without selecting a destination. That way, you can see which places have the lowest rates for your travel window.

To give a few examples: If you use Skyscanner.net (and I suggest you do; it was the winner in our recent best airfare search engines competition), you can enter the word "Everywhere" in the "to" field and the site will return a list of possible places to go, sorted first by region, and then, when you click on one of those, by cost.

Skiplagged has a similar feature, but there, you simply leave the "to" box blank. With Google Flights you can search either with or without dates (if you don't have them, you can search by month or time frame). Its "Discover Trips" section allows you to search in general or by interest. Or you can use Airbnb's "Anywhere" option to see where rental prices tend to be lowest. Enter "anywhere" into the top field, and then set the price parameters of your search. I put in $10–$20 just to test it, and discovered that in August, some obscure areas of Brazil, Indonesia, and Vietnam will have very low prices on private accommodation. Setting a higher top rate will, of course, bring you more mainstream listings.

But don't make a classic mistake of letting a cheap airfare lead you to a place you can't afford. Airfares to Iceland have been cheap in recent years, for example, but costs on the ground are far higher than in many European destinations. To get a lay of the land on what a city costs, do a hotel search for it.

So that's my handful of cost-saving tips for the coming months. We'd love to hear yours, so visit us on Facebook at Frommer's Roamers and help other people out with your own money-saving ideas!