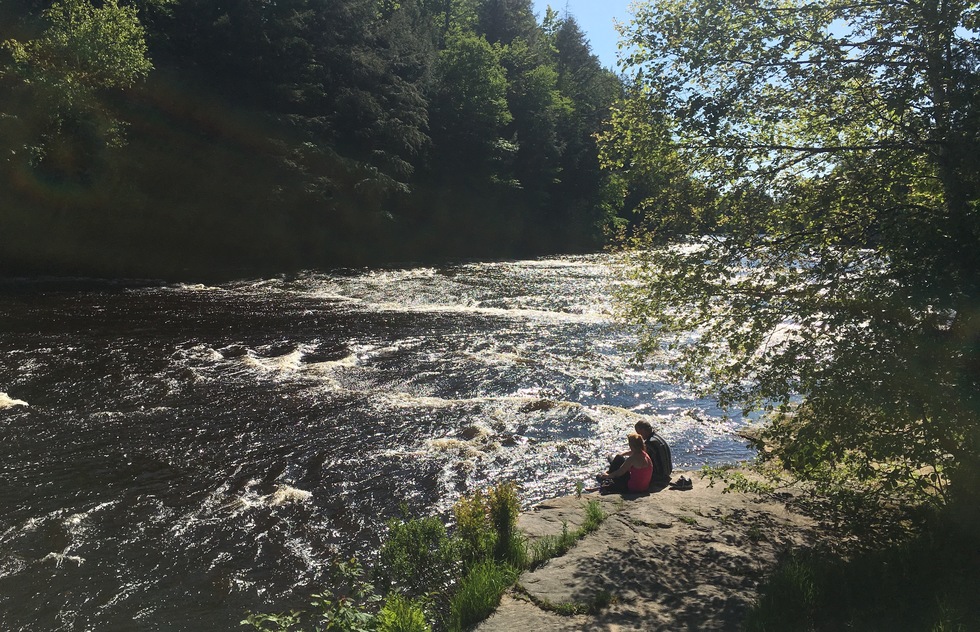 A Return to Northern Michigan With No Repeat Experiences

I’ve always taken the stance that when you return again and again to the same place for vacation, you’re only setting yourself up for ennui. I figured there were a few exceptions to this rule—namely, cities like Paris and Tokyo that are so huge and varied that you'll never exhaust the possibilities.

But for the most part, I believed that vacations should be about the stimulating, the new, the unexpected.

Not about chasing novelty. I still think that’s a fine pursuit for holidaymakers. But sometimes just a little digging in a place you've been before can bring you face-to-face with delightful surprises. Or at least that’s the case in Northern Michigan.

Thanks to my broadcasting schedule, I’ve had the fun of traveling there three times in the last three years. (I also spent summers in this area as a kid, attending Interlochen, the national music camp.) I’ve flown into Traverse City—an easy, nonstop hop from my hometown of New York City—and then roamed. Two years ago I took in the high jinks at the National Cherry Festival in downtown Traverse City (pit-spitting contests!) and explored the wineries and historic sights of nearby Old Mission Peninsula. Last year, I headed to Mackinac Island, a car-free and fudge-happy isle that feels like it was lifted from another time.

This summer I zigzagged.

My first stop was the gorgeous and ecologically responsible Crystal Mountain resort, a wintertime ski area south of Traverse City where you'll find a slew of warm-weather attractions as well, including a golf course, the only alpine slide in the Great Lakes region, and many more family-friendly activities. Nearby is Michigan Legacy Art Park, a serene sculpture garden set in a hilly forest.

The highlights of my time in the area, however, had to do with food.

On the drive in, I stopped at Grocer’s Daughter, an impressive chocolate shop with owners who spend a good portion of the year in Ecuador sourcing beans. They roast and grind them onsite, and, boy, can you taste the difference. Do what I did and request a tasting. You’ll be regaled with stories about Ecuador, the chocolate biz, and the process of making fine sweets, all the while sampling fruity, complex, and sophisticated treats.

In the evening, I drove to Iron Fish Distillery, a farm-to-still operation where you can watch rye and wheat blowing in the wind while you eat pizza and drinking cocktails made from those same grains. The distillery's gin was named one of the top 10 in the United States at a major competition. Those interested can request a fascinating tour of the spirit-making operation. A food truck supplies grub while local bands provide accompaniment. An absolute delight.

Next I went north, stopping along the way at the Inn at Bay Harbor, a castle-grand beaut that looks like it was built by the railways at the turn of the last century, but is actually just 25 years old. It’s in Petoskey, a city with an important collection of Victorian manses, many part of the local Chautauqua community dedicated to adult education. Unlike other such communities, in Petoskey outsiders can attend the concerts and lectures offered here. Downtown supports a thriving boutique scene, with a number of Michigan-based designers represented.

Then it was on to the Upper Peninsula, which accounts for some 30% of Michigan’s land mass—but only 3% of its population. I hiked in dense forests, visited one of North America’s tallest waterfalls (Tahquamenon Falls), and simply reveled in this still-unspoiled wilderness.

My last morning was spent at the Great Lakes Shipwreck Museum. Organized around a massive lighthouse, it’s an exceedingly well-curated museum that tells the tales of those who lost their lives or boats on Michigan’s “shipwreck coast.” Some 300 vessels went down here over the years, including the Edmund Fitzgerald in 1975—commemorated in the famous Gordon Lightfoot song. Visitors learn more about the ship's mysterious fate and see the bell that once graced its deck.

At the end of the long weekend I realized I hadn’t repeated a single hotel, restaurant, or attraction from my earlier trips. I also drove down new roads, met wonderful new people, and had a heckuva good time. And that, to me, just about defines a successful long weekend away.

Crystal Mountain Resort is located in Thompsonville. For full information go to www.crystalmountain.com.

Michigan Legacy Art Park, also in Thompsonville, is open daily from dawn to dusk. Admission is by donation. Full information at michlegacyartpark.org.

Grocer’s Daughter Chocolate is at 12020 S. Leelanau HWY (M-22) in Empire. Info on hours and sweets for sale at www.grocersdaughter.com.

Iron Fish Distillery is not far from Crystal Mountain at 14234 Dzuibanek Road. Hours for the tasting room and bar vary by season and day of week. They're listed at ironfishdistillery.com.

The Inn at Bay Harbor in Petoskey is part of Marriott’s Autograph Collection, so Marriott Rewards points can be used toward stays. For more info, visit www.innatbayharbor.com.

Tahquamenon Falls State Park—the name rhymes with “phenomenon”—is located at 41382 West M-123. You’ll see entrances about 4 miles apart for the upper and lower falls. If you have limited time, go to the upper falls only. On some days admission to the park is free, on others visitors must purchase a $9 recreation pass, which allows entry to all of Michigan’s state parks. Full info at www.exploringthenorth.com/tahqua/tahqua.html.

The Great Lakes Shipwreck Museum is set on a former swamp so be sure to pack mosquito repellent. Entry is $13 per adult, $9 for children 17 and under. Pay an additional $4 to take the recommended lighthouse tour. Hours of operation vary by season; see www.shipwreckmuseum.com.