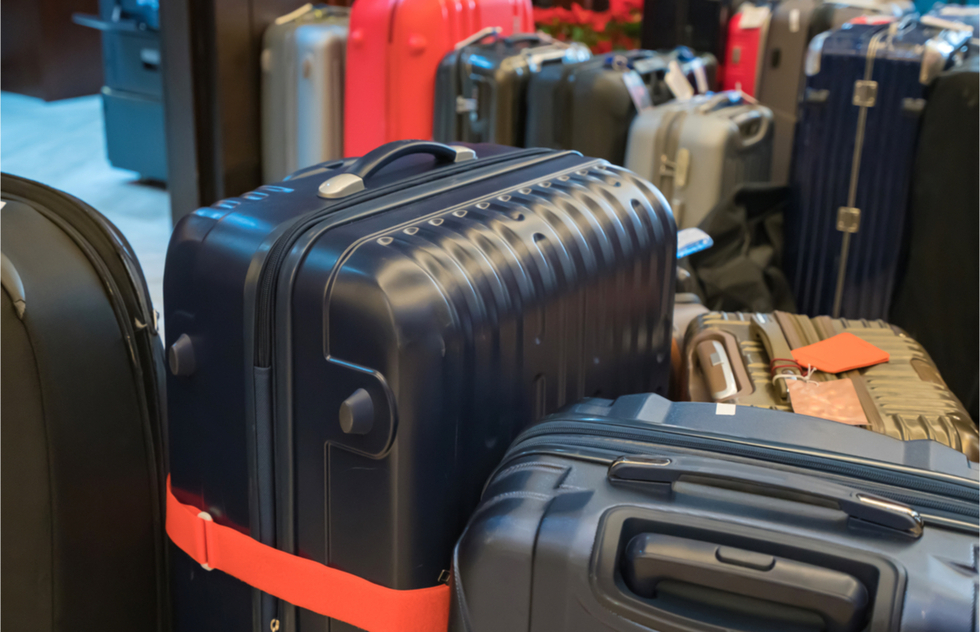 Across the United States This Week, Lost Luggage Is Piling Up at Airports

And for the past seven months, the big airlines have staggered from computer meltdowns to employee battles to staffing shortages. Over the holiday period, 1 in 13 U.S. flights was canceled.

Limping along somehow into 2022, airlines have forced so many cancellations and schedule changes that American passengers have come to accept that the itinerary you buy may not wind up being the route you actually take.

Mayhem like that has far-reaching consequences: A huge amount of baggage is getting left behind or misplaced.

On January 6 at Seattle's Sea-Tac airport, where some 2,000 flights were canceled over the holiday period due to weather or staffing problems, hundreds of pieces of luggage remained unclaimed.

There, the mess reportedly hit Delta Air Lines and Alaska Airlines the hardest. "Our Central Baggage Services office and a team of our management volunteers are methodically sorting and calling guests using the contact information on each bag," said an Alaska Airlines statement. "We’re offering our guests the option of in-person pick-up, FedEx or local courier delivery."

Sadly, the airlines aren't communicating with their bereft customers consistently.

When Seattle's NBC affiliate, KING 5, went to the airport to check on the situation, reporter Jake Whittenberg repeatedly selected luggage at random and called the phone number on the name tag. Whittenberg reported that on several occasions he was the first person to notify owners that their belongings were just sitting there at the airport. No one from the airline had called them.

The situation is similar at airports across the country. At Reagan National, serving Washington, D.C., luggage has been piled up around several baggage claim carousels.

In Denver, unclaimed baggage from Southwest Airlines was accumulating in "mounds," according to local news.

In Minneapolis, the snafu repeated itself with Sun Country's checked bags.

You get the picture: Covid is forcing huge numbers of workers to stay home and heal, and, as a consequence, luggage systems are askew.

Until the airlines get their acts back together, protect yourself.

• Pack sparingly so you can restrict yourself to a carry-on.

• If you do check luggage, make sure the name tag is up-to-date, is visible from the outside, and has your phone number on it—that way, an enterprising local TV reporter may be able to finish the job the airlines can't.

• Another option to consider: Pack a tracking tag such as Tile Mate (for Android) or Apple's AirTag, which should be able to pinpoint the location of your stuff as long as the gadget's batteries hold out. That way, if your lost suitcase is sitting in baggage claim at your local airport but your airline doesn't bother to inform you, at least you'll be able to locate your stuff.

• Finally, in a few months you can check the inventory at Alabama's Unclaimed Baggage, which hawks the contents of the orphan suitcases that didn't find their owners. We dearly hope it never gets to that point, but the airlines have been bringing us to all kinds of desperate situations lately.