Overly chatty seatmates, cramped seating and long security lines: these unhappy byproducts of airline travel aren’t going away anytime soon. But this week, several news events suggested that, in other ways, flying will be getting better for travelers in the coming months.

Most importantly, prices are dipping. Hopper, an app that tracks airfares and advises users when to book, came out with a study showing that airfares in the United States were down a whopping 18% this September compared with last, and that they should continue along that trend for the rest of the year. In Canada, Hopper is showing pricing down 13% from last year. That means an average domestic round-trip flight of $208 round-trip in the US and an average price $374 round-trip in Canada.

“The key elements that are driving down prices are oil prices and competition,” says Patrick Surry, Chief Data Scientist for Hopper. “Oil prices are down a good 50%.  And in the United States, the low cost carriers are continuing to expand and open up new markets. They’re picking off routes where there are profitable carriers, and that’s driving prices down.

“In Canada, there isn’t as much competition and the population is more spread out,” he adds. 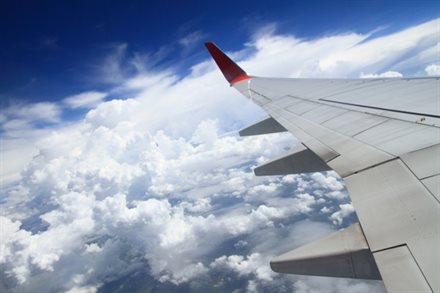 In addition, one of the most onerous in flight charges is disappearing, at least for one airline: JetBlue announced that its inflight Wi-Fi charges would be eliminated. Not only that, the airline will have a system powerful enough to allow customers to get online with several devices at once and even stream videos.

Virgin Atlantic has been giving away free Wi-Fi for several months now, as part of a program that’s scheduled to end in March. Here’s hoping Virgin decide to follow JetBlue’s lead.

And finally: larger overhead bins are in the works from Boeing, and already here, in the case of one carrier. The airplane manufacturer is inputting what it’s (appropriately) calling “space bins” into its new Boeing 737’s. These overhead containers increase storage room by nearly 50%. Alaska Airlines was the first to accept delivery of the newly outfitted planes, with Delta and United also in the pipeline for the new planes (and bins). The bins hang two inches lower, but according to the manufacturer, this hasn’t affected passenger comfort in tests.