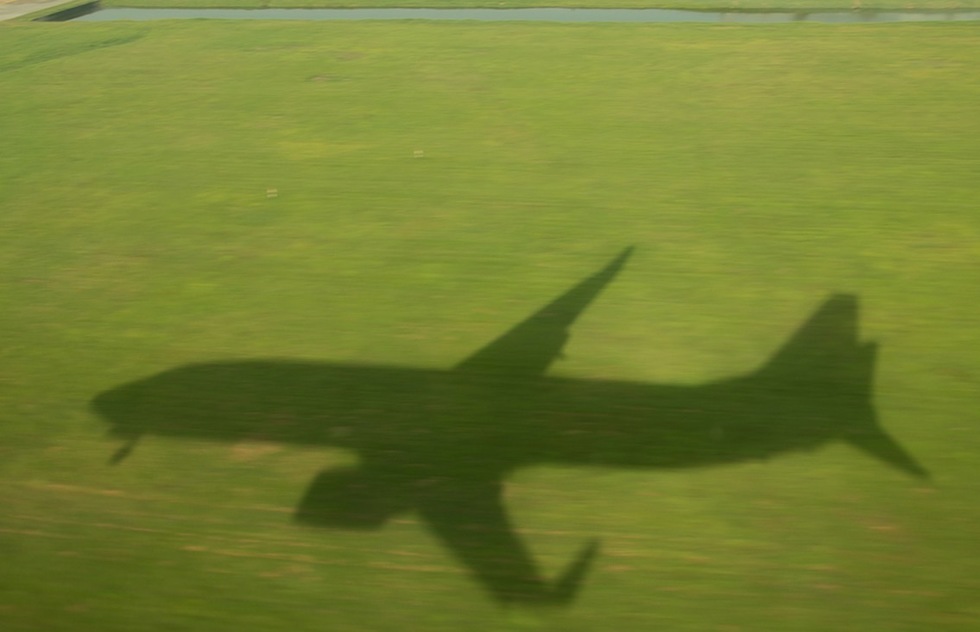 Airlines Are Cutting Smaller Cities: Aren't We Tired of Having Two Americas?

American Airlines is threatening to cut flights to dozens of small and medium-sized American cities after September 30, when the conditions of the recent federal aid package expire.

Delta Air Lines did something similar back in May, consolidating service from clusters of neighboring cities into the largest airport among them. So did JetBlue, for the summer, as a way to balance the books.

Whether in a pandemic or not, airlines always have the same response to hard times: Eliminate smaller cities and towns from the picture—and it's handicapping the economic prospects of huge swaths of the country. Smaller cities see their economies strangled when flights are cut. When cities are eliminated from flight networks and locals have to drive 90 minutes or more before they can fly anywhere, it stunts investment (corporations won't relocate somewhere their workers find too inaccessible), discourages new arrivals, limits access to trade and the global economy, and kills tourism.

We need to call it out. The United States has a long, destructive tradition of excluding rural citizens from greater society. And to find our way out of this imbalance, it's wise to look at how we've tackled it in the past.

In the early 1930s, decades after populous American cities were thriving with electric trolleys, subways, and elevators, only about 10% of rural America had been hooked up to electricity. The cost of stringing wire deep into the country, only to connect a handful of farm-related buildings, simply wasn't cost effective.

That created two kinds of Americans: those who were caught up, and those left behind.

As long as electricity providers used profit as a primary motivator, the heartland would remain stuck in the 1800s. It took government action to make sure sparsely populated regions could join the era of modern conveniences. Beginning in 1932, President Franklin D. Roosevelt championed a series of agencies and bills that incentivized electrification of impoverished backcountry areas. FDR knew it was for the greater good to ensure that everyone could plug in, and for many decades, he was a hero in rural America for it.

Over and over since then, Small Town America has been last in line. Broadcast television signals had trouble reaching provincial citizens. Then cable TV followed the same frustrating path—as with electricity, cable companies found it wasn't worth installing their infrastructure for such humble population numbers.

Even today, about half of American citizens have no access to high-speed Internet service, according to CBS News.

Half of us—and during a pandemic when so many need broadband Web access as a lifeline.

Let's not kid ourselves: There are two Americas. One is urban and connected, and one is spread out and just getting by. That dichotomy shapes political and cultural conflicts that are now breaking the nation apart. Technology imbalances ensured our division, and disconnection feeds it.

The divide is partly fueled by a system that puts cash ahead of the greater good.

But that's not the only thing fueling it.

It's ironic. American businesses seem okay with leaving rural areas to rust, and history repeatedly shows that it often takes government regulation or government incentives to make sure "flyover country" isn't abandoned as if it were, well, a place only worth flying over. Yet it's precisely those "forgotten" areas where the public sentiment is most hostile to federal regulation.

So when the airlines announce they're not interested in preserving service to lightly populated areas, we should call it what it is: a disservice to all of us as Americans. And those rural places that fight regulation on every front might do well to pause and realize that sometimes, federal incentives are what guarantee a place for everyone at the table—even when there's said to be little or no profit in doing business in certain regions.

Before 1978, airlines that flew between U.S. states were regulated. The government made sure that little cities got the air services they needed—but to compensate, airfares were set higher.

Deregulation enabled lower prices, but also contributed to an unsteady industry—the drive for lower prices has forced every legacy carrier to file for bankruptcy at least once. Instead of breaking up monopolies, as intended, deregulation eventually resulted in a kind of reverse cell mitosis, as the legacy carriers gradually swallowed each other up until there were just three giants left, and they dominate travel.

Now America finds itself in a strange space, in between a culture that bristles at the whisper of regulation and realities on the ground that may soon require at least some regulatory remedies for neglected millions.

For smaller cities to retain airline service that secures their membership in society, firm government regulation of some sort may indeed be required. We almost certainly wouldn't want regulation in the same form that prevailed before 1978, but given how crucial air travel is to a large country like the United States, a new form of route oversight is worth discussing.

Airline service is a national necessity, conveying people, goods, and even mail. The cold fact is that air travel is an inadequate and inefficient system for the United States' vast geographic needs, but because the country has utterly neglected to develop its rail system (which, years ago, used to link undeveloped areas but was largely dismantled), most of the burden for rapid national transportation now falls to our airlines. Given the industry's importance to us all, it's fair to call it a utility and not a luxury.

For the good of continuity in the nation, it may be necessary to regulate that utility again, at least in a hybrid form that ensures all Americans have reasonable access to it.

Flyover country must speak out to help save itself, so it's no longer written off as flyover country. Governments exist to make the lives of its citizens better and safer, and if regulation is what it takes, so be it. We can't afford to have the airlines serve only the wealthiest places.