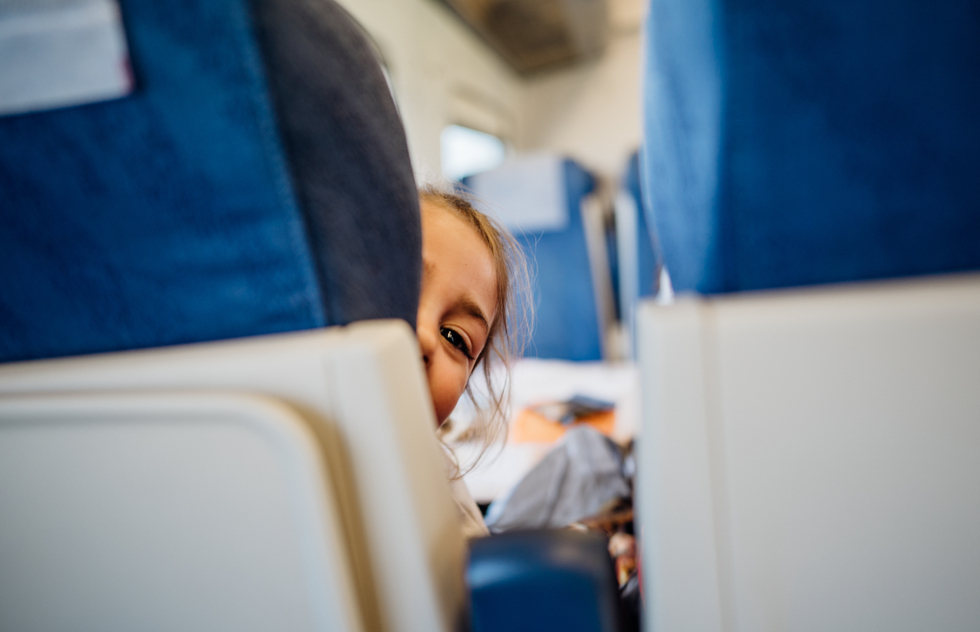 Airplane Etiquette: Survey Names the Most Annoying Behavior in the Skies

What type of air traveler annoys you the most?

Having recently taken a flight from Frankfurt to Boston during which I tried to watch The 40-Year-Old Virgin on a seat-back screen positioned roughly 3 centimeters from my sternum, I'm of a mind to say Full Recliners are the worst.

I know this is a divisive issue, with some passengers claiming that reclining seats all the way is an inalienable right. But plane cabins already have such little space for tray tables, magazine-reading, and knee-having. Can't you exercise a little compassion for the person in the panini press behind you?

According to a recent nationwide survey from the travel website The Vacationer, about 38% of American adults share my disdain for Full Recliners. But that only qualifies them for seventh place on the list of most irksome passengers, behind Rear Seat Kickers, Disruptive Drunks, Deodorant Forsakers, Lax Parents, Pungent Snack Eaters, and Armrest Hogs.

In the survey, which was overseen by site cofounder Eric Jones, who also happens to be a math and statistics instructor at Rowan College of South Jersey, respondents were asked to select all the behaviors that bother them from a long list of in-flight violations.

In first place is a tie. Around 59% of those surveyed are annoyed by flyers who kick the seats in front of them, and the same percentage can't stand drunk and disruptive passengers.

Olfactory offenses also scored high among nuisances in the skies, with 48% of respondents objecting to bodily smells from personal hygiene or too much perfume, and just under 40% vexed by travelers who board with "pungent or foul-smelling" foods.

The fourth most annoying behavior, according to the survey, is "inattentive" parenting of the sort that can result in toddler meltdowns at 35,000 feet. About 47% of respondents complained about that. 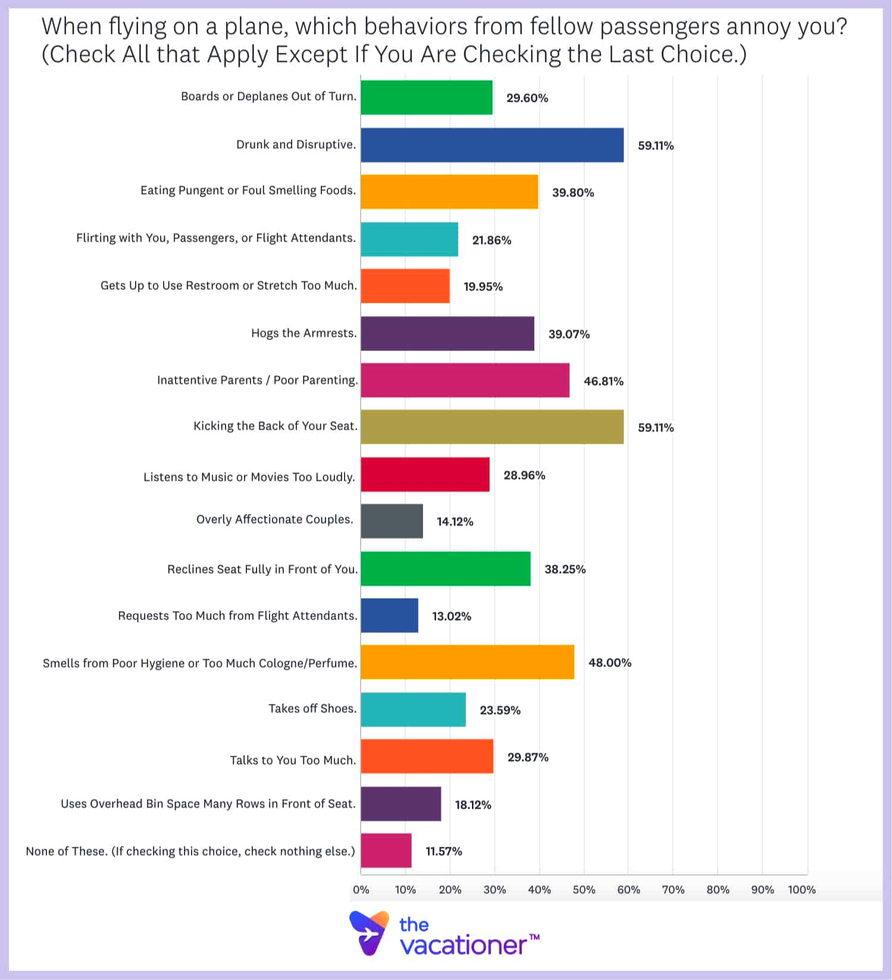 Surprisingly, nearly 12% of adults declared themselves unbothered by any display of bad manners on the list. Evidently, these long-suffering saints will smile beatifically no matter what indignities they endure. I guess now we know who signs up for the Spirit Airlines loyalty program.

Top 10 most annoying plane etiquette violations, according to The Vacationer's survey:

For the full results as well as a demographic breakdown and notes on survey methodology, go to TheVacationer.com.