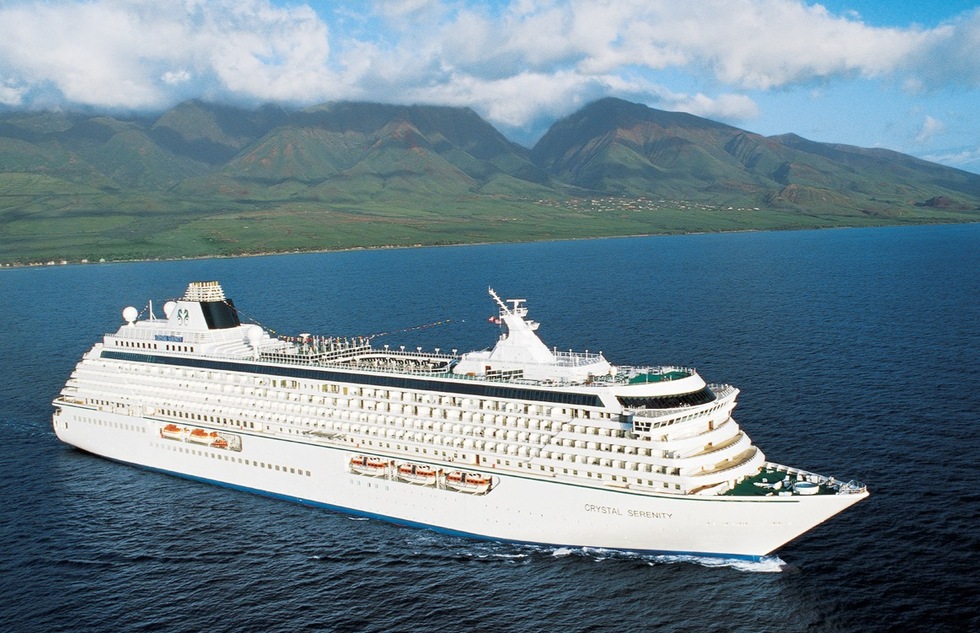 While the U.S. Centers for Disease Control and Prevention mulls whether to permit large cruise ships to restart voyages, another cruise line is moving ahead by bypassing America.

The upscale Crystal Cruises brand intends to return to the seas in July by initiating a series of weeklong runs that begin and end in the Bahamas. The arrangement, which is a first among the major cruise brands, will ensure Crystal need only deal with a single government (the Bahamas) for permission to disembark passengers.

And that apparently won't be a problem: Government officials from the island nation were part of the virtual news conference during which the new plan with Crystal was announced.

Starting July 4, the Crystal Serenity, operating at a slightly reduced capacity of 900 passengers, will sail for seven nights out of either Nassau or Bimini, depending on the date, and head to Bahamian ports at Harbour Island, Long Island, Great Exuma, and San Salvador.

"The all-Bahamas itineraries allow us to sail without risk of border closures, and our North American guests to sail as close to home as possible," said Crystal’s interim president, Jack Anderson, during the announcement.

The new format will make the travel experience markedly different from the norm in Caribbean cruising. Rather than taking vacationers on a whistle-stop tour of Caribbean nations, as most cruises do, the Crystal Serenity (built in 2003) will never see a port that isn't in the Bahamas.

Because the substitute ports are less varied and less touristic, onboard diversions such as sunbathing and gambling will become the focus. On ships that charge a la carte for every activity, remaining on the vessel for days could become the equivalent of a tourist trap, but Crystal is one of the few major lines that's all-inclusive: Fares are higher than the industry norm, but they include food, alcohol, Wi-Fi, room service, and gratuities.

Unlike cruises that begin and end in the same U.S. port, the new Crystal itineraries in the Bahamas will require all American passengers to have valid passports.

Following the example set by Royal Caribbean, which is similarly avoiding the United States by debuting its latest ship on the Mediterranean Sea, Crystal will require all passengers to produce proof they have been vaccinated against Covid-19.

The choice by Crystal to self-isolate in the Bahamas is seen as a novel comeback solution. Detractors consider the strategy a sign of desperation.

That's because there are lingering concerns about looming insolvency at Crystal. According to reports in Travel Weekly, Crystal lagged behind many competitors in 2020 when it came to refunding customers for cruises that were canceled because of the pandemic.

Last August, Crystal's parent company defaulted on $3 billion in debt payments. At the time, Crystal's leadership said that although the line's owner "is engaged in a financial restructuring and fundraising exercise to address liquidity issues . . . [i]t is important to understand that the company is not going out of business."

Crystal Cruises is hardly the only travel company facing reports of solvency challenges, and its management has expressed optimism about the brand's future. Still, Frommer's recommends that if you decide to book any vacation, you should use a credit card so you'll have an avenue for a refund should the trip be canceled by the vendor.