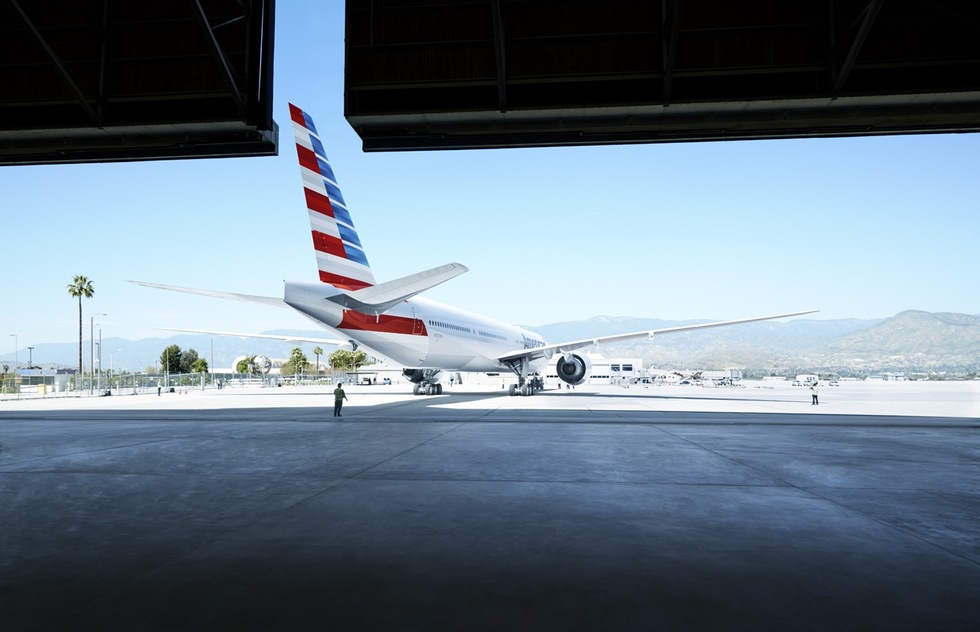 Almost Everyone Agrees: American Airlines' New Conditions of Carriage Are Bad for Consumers

A few weeks ago, American Airlines quietly revised its Conditions of Carriage governing what customers can expect for their money.

That sounds really boring, but trust us: You're going to want to know what the airline just stripped from you when you fly within the United States.

1. American says it will no longer be liable if "we (or our partners) cancel a flight or route." What's more, American says that if flights are delayed by more than four hours, the only remedy the company must agree to is to issue you a refund.

Previously, the airline would rebook you on the next flight with vacant seats.

"This [change] may seem reasonable, but it can be a huge pain in practice," wrote Genter for Forbes. "This policy now allows American Airlines to legally strand you at a destination and/or force you to book last-minute flights to get where you need to go."

2. If a delay or a cancellation on American does cause you to miss a flight, the airline will no longer rebook you on the next available flight—it will only look for seats on flights operated by American or its partners.

Before this change was codified, passengers had the legal right to be rebooked on any flight with open seats, no matter who operated it. But this revision dramatically reduces your options to the few that American Airlines has deals with, which could strand you in a connection city for much, much longer than before.

"For routes with multiple American Airlines flights each day, this policy may lead to just a delay of a few hours," Genter pointed out. "However, on routes with one flight per day, this may mean a delay of 24 hours. That can be the difference between making it to a meeting or special event and not."

As a matter of fact, Genter claimed that exact situation had already happened to him personally on a trip to Greece. A crew shortage at American caused him to miss a connecting flight to Athens, and instead of making sure he got seats on the next available flight, American waited until a partner airline had seats, causing Genter to lose a whole day of his vacation.

3. If American strands you somewhere overnight and it's the airline's fault—say, if there's a mechanical or staffing issue, both of which are common—then the company will only pay for a hotel if you obtain written authorization from the airline first.

"So, make sure to stay in the (long) airport line to get a hotel," Genter tweeted, because you are no longer guaranteed reimbursement if you grab a room on your own.

How could any of this be legal? Because the airline has published this information in its Conditions of Carriage.

For some airlines, that set of rules is labeled as the "Contract of Carriage," but no matter the carrier, every passenger agrees to the conditions—usually thoughtlessly, via a quick checked box—when purchasing a ticket. Once that's done, these rules become a legal contract between customer and airline.

Here's how Genter summed up the changes in Forbes: "While AA’s route network reflects that of a mainline carrier, their customer-unfriendly focus now more closely resembles that of a budget carrier. Now that you know about these changes, caveat emptor."

A few travel blogs wanted to take American's side, claiming the company should get credit for making its printed agreement match what the airline was already doing in practice. That's the defense One Mile at a Time offered.

Turns out that's the airline's official defense, too. "We recently made updates to our contract of carriage to more accurately reflect our Customer Service Plan and practices we've had in place for a few years," American told Business Insider in a statement. "None of these updates reflect a change in policy, but instead provide more detail about what customers can expect during travel in accordance with domestic travel regulations."

To us, it's a minor detail if the paperwork matches the behavior. It isn't worth our praise if the airline's legalese now agrees that passengers can all get a pie in the face.

What's chiefly of concern to us is that the airline can legally strand us far from home.

We always consider the end result of how customers are affected—and there is no question that consumers are now getting less protection. In fact, on American Airlines, they're being further exposed to financial peril during a year when the airlines' schedules are less reliable than they have been in many years.

And we're not alone in feeling that way. Almost unanimously, other watchdogs have come to the same conclusion.

Matthew Klint at Live and Let's Fly: "Once again, folks, I believe we need a certain baseline of consumer protections in the United States. If an airline cancels your flight, stranding you should not be an option—not when airlines take tremendous advantage of taxpayer-funded infrastructure as well as direct subsidies via a host of programs."

Henry Harteveldt, quoted by Business Insider: "The concern that I have is that an American Airlines employee who is not well-versed, well-trained, or may simply be feeling lazy, would tell a customer: 'I don't have to get you to your destination. All we have to do is give you your money back for your unused portion of your ticket.'"

Paul Ruden at Travel Market Report: "There is something fundamentally unsettling about the possibility that an airline would just walk away in these circumstances, leaving the passenger with no flight option and a credit to her account. The idea of 'consumer protection' that has waxed and waned over the years at the Department of Transportation should, I think, take up this question of the minimum obligation of the carrier once it has contracted to fly you somewhere."

Chris Matyszczyk at ZDNet calls this a "sneaky decision" and says, "The problem with such recondite changes for passengers is that they don't really know about them. Until, that is, they're affected by them."

Gary Leff at View from the Wing: "American Airlines—please stop. If you’re employing people who spend time updating your rules to find more new ways to limit customer rights, updating your Contract of Carriage multiple times a month, after you’ve been in business nearly 100 years, you’re clearly doing it wrong."