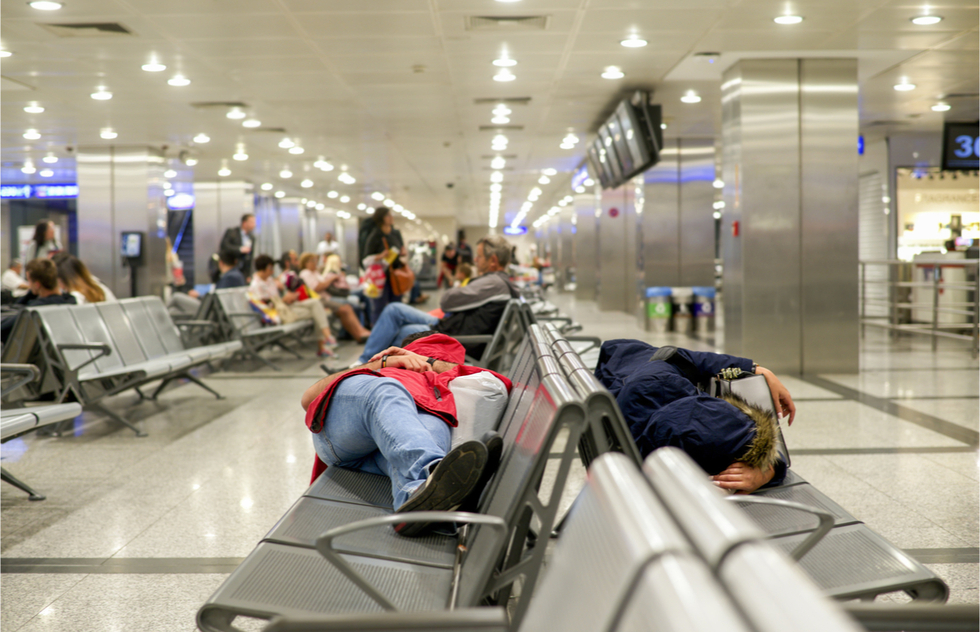 When American Airlines went through a rocky period early in June, when it canceled 10% of its flights during a fraught Father's Day weekend, I warned that the company's problems would likely continue and spread to other carriers.

My crystal ball turned out to be crystal clear.

Not only has Southwest Airlines had major issues with canceling flights this summer, but American has seen rolling cancellations once again. Yesterday, Spirit Airlines canceled a whopping 42% of flights, and 50% of flights were axed on Tuesday. Summer 2021 has been a disaster for the airlines.

Airports around the hemisphere are reporting incidents of chaos at airline counters, people stranded overnight in the terminals, and even social unrest at the airport in San Juan, Puerto Rico, where gate agents were reportedly assaulted and airline equipment was damaged by angry passengers.

Not our idea of a vacation, and probably not yours either.

So I spoke with Kurt Ebenhoch of the consumer rights organization Travel Fairness Now to get his advice on what you can do to avoid flight cancellations or to deal with the fallout if it happens.

"The problems [the airlines] are dealing with are not quickly solvable," he told me. "The only way they’re going to solve them is to shrink their schedules to fit their manpower. They’ve scheduled too optimistically, so when any issue happens, like weather events, chaos is the result. They just don't currently have enough crews available."

According to Ebenhoch, the airlines took taxpayer money at the height of the pandemic with the promise that they wouldn't resort to mass layoffs. But then, many of the companies persuaded large numbers of staffers to either accept early retirement or to take a voluntary leave of absence.

That trimmed payroll costs when no one was traveling, but now that air travel has come roaring back this summer, carriers were caught shorthanded.

What to do if you need to book a flight

The key way to avoid cancellations is to avoid the carriers that have been canceling flights this summer, according to Ebenhoch.

He suggests you go to online travel agencies and aggregators so that they can do as broad a search as possible. JetBlue, Alaska Airlines, United, and Delta have generally shown a much better record of keeping published schedules intact. Southwest, American, and Spirit have struggled this summer.

"It may be worth paying slightly more just to avoid those carriers right now," says Ebenhoch.

Many airfare search engines have a search filter that allows you to omit results from certain airlines. Use it.

What your options are if you already have a ticket

If you already booked flights and it is on one of the troubled carriers, Ebenhoch suggests that you sign up for their flight alerts that warn you about changes in flight status.

"Time can be your best friend," he says. "The sooner you can find out [that your flight has been canceled], the sooner you can start planning what to do. Early on, there will be more seats with other carriers that you might [still have time] to get."

What to do if your flight is canceled

When airlines cancel flights, they offer to rebook passengers on alternative flights. Ebenhoch notes that many travelers are cowed into taking the airlines' first offered alternatives—and they shouldn't always accept them.

Instead, he thinks flyers should immediately start researching all the available flights so that they can present their preferred options to the airline when they finally speak with a rep.

He notes that sometimes the airline reps will offer a flight that's more convenient for the airline's needs than for the passenger's. Consumers do not have to accept the first replacement flight offered.

In some cases, getting a full refund might be the best plan. "Airlines rarely put passengers onto rival carriers anymore," he notes. "They want to keep passenger revenue to themselves, and sometimes it's just too complex a transaction for them. So a passenger who knows another carrier has a viable itinerary may want to simply get a refund and buy the new flight. In many cases, the best fares will be gone, but not always."

Knowing other flights that might work for you, no matter which carrier they're on, could help speed the process.

Ebenhoch notes that whenever an airline cancels a flight for staffing reasons, passengers have the right to a full refund. If the airline tries to avoid refunding the money in full, Ebenhoch suggests that travelers ask their credit card companies to take up the battle.