American Airlines Changes Its Frequent Flyer Program, Making It Near Impossible for Average Joes to Earn Miles Just from Flying Any Longer

And then there were none.

Did you hear a loud groan last week? That was the members of American Airlines' frequent flyer program—well, all but the business travelers—reacting to the announcement that the last major carrier to be giving awards points for miles flown was moving to a points for cash system. It joins Delta, United and pretty much every carrier but Alaska, Spirit and Frontier in moving to what's called a revenue based system and it means that all but intensely frequent flyers and folks brave enough to carry an airline-branded credit card (more on that below) will find it near impossible to earn enough miles for free flights or even upgrades.

The airline is being vague about when the new plan will debut—"sometime in the second-half of 2016" is all they're saying now—but specific about its ugly details. Regular Joes and Josephines will earn 5 miles for every dollar spent on base fares and carrier imposed fees (but not government taxes). Elite members will have a huge advantage with Gold Members getting 7 miles for every dollar spent, Platinum members $8 and Executive Platinum members a whopping $11. In addition, upgrades will be based on a complex calculation marrying miles flown and points earned.  Translation: travelers who pay a normal amount for their flight will be getting far fewer miles back than they used to. (Part of the idea is to incentivize those who pay top dollar by flying at the last minute or in first or business class).

In addition, a number of routes—thought not all—will have higher minimums for "free" seats. Try and fly first class from the US to Europe and that will now be 50,000 miles each way rather than 32,500. But Caribbean flights from the US will get "cheaper" with those going for 30,000 roundtrip as opposed to 35,000. 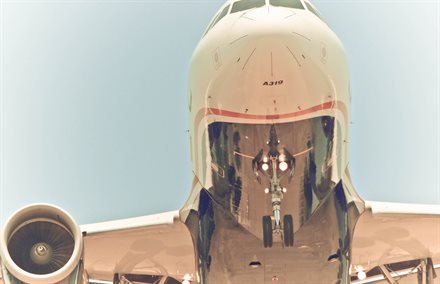 Here's more on the planned changes.

And now a word on airline branded credit cards: they have very draconian policies if you pay your balance late. If you're the type who never messes up, get one with our blessings. But if you sometimes miss a payment know that most of these cards will get you into hot water quickly. Just a word to the wise.