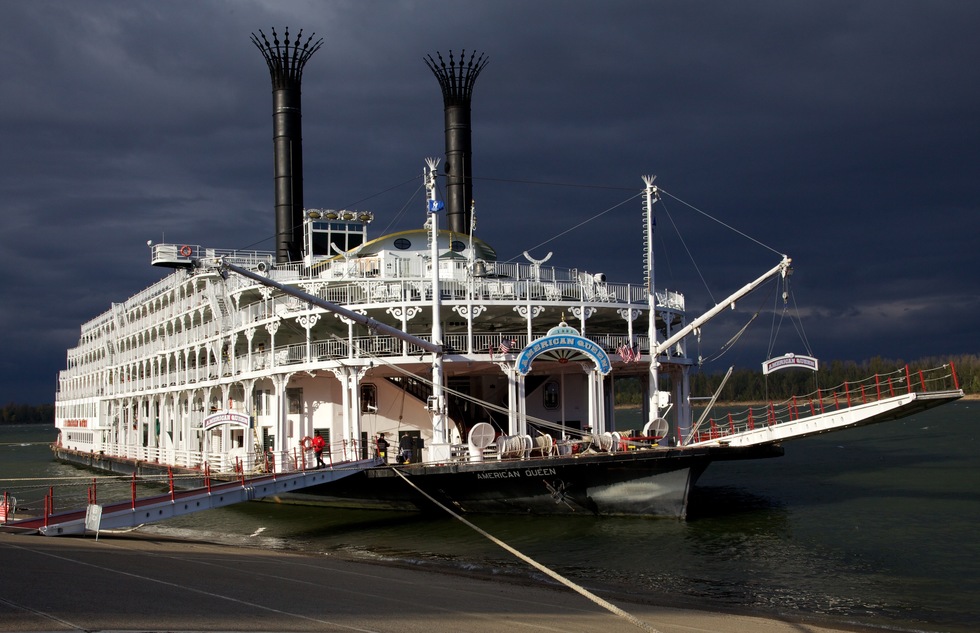 American Queen River Cruises to Resume This Summer—But Are They Safe?

While most of the cruise industry has suspended sailings through the summer, American Queen Steamboat Company has announced that the paddle wheels on its river cruises will be turning again in mid-July.

To make that happen, the Indiana–based company has introduced new safety protocols and regulations in partnership with nonprofit medical provider Ochsner Health.

The new policies include frequent temperature checks for guests; a health questionnaire that passengers will fill out a day before boarding; intensive cleaning by crew, both onboard and on the vehicles used for shore excursions; and services from Ochsner such as telemedicine assistance and access to the provider's network of doctors while in port. Ochsner will also have a "health representative" aboard each sailing—no word yet on what that person's credentials will be.

Note, however, that American Queen has so far not made plans to require the two things that would do the most to keep passengers safe: negative Covid-19 tests results and mask usage onboard.

I say "so far" because when I asked a PR representative for the company about facial coverings, I was told the following: "American Queen Steamboat Company is currently reviewing its policy on PPE requirements for crew and will announce those policies closer to when its operations resume this summer; however, all crew operating within close guest proximity will be required to wear a mask. In addition, guests will be encouraged to bring their own face covering as many attractions included in the shore excursions will require them. Should a guest not have a mask to use ashore, a disposable one will be made available to them by [the company]."

That's troubling. The wording indicates that passengers may only be wearing masks on shore, not on ships.

That means passengers could be going maskless in enclosed spaces with strangers, not knowing whether they're infecting one another. As we all now know, an asymptomatic person can spread the virus, so temperature checks won't always weed out carriers. And because Covid-19 tests won't be required, the ship could potentially have a number of spreaders onboard.

The Centers for Disease Control recently revealed that its data suggests an infection rate 10 times higher than previous estimates.

We also know that masks prove effective in preventing the spread of the coronavirus. That's especially true in places—like a cruise ship—where crowds of people gather and can't maintain the recommended amount of distance. For masks to work best, everyone needs to be wearing them.

So how can guests feel comfortable about booking with American Queen when they don't know what the mask policy will be?

The line's first cruise is scheduled to depart after August 17. If someone were going to book the cruise, now would be the time to do so. You'd think potential passengers would want to know what they're in for.

One thing we do know: Getting your money back for a cancellation won't be easy.

American Queen is touting a new policy allowing vacationers to cancel up to 24 hours before a sailing with no penalty. "No penalty," however, does not mean full refund. In a move that will anger some vacationers, the company will not give cash back with cancellations. Instead passengers will be given a credit that's redeemable for future cruises through the end of 2022.

All of the above should give pause to American Queen Steamboat Company customers, the majority of whom have traditionally been seniors of retirement age and older. Since that population is most at risk from the coronavirus, those passengers need more flexibility on cancellation policies as well as stricter health and safety measures onboard.

Without those assurances, this could be a risky buy to say the least.