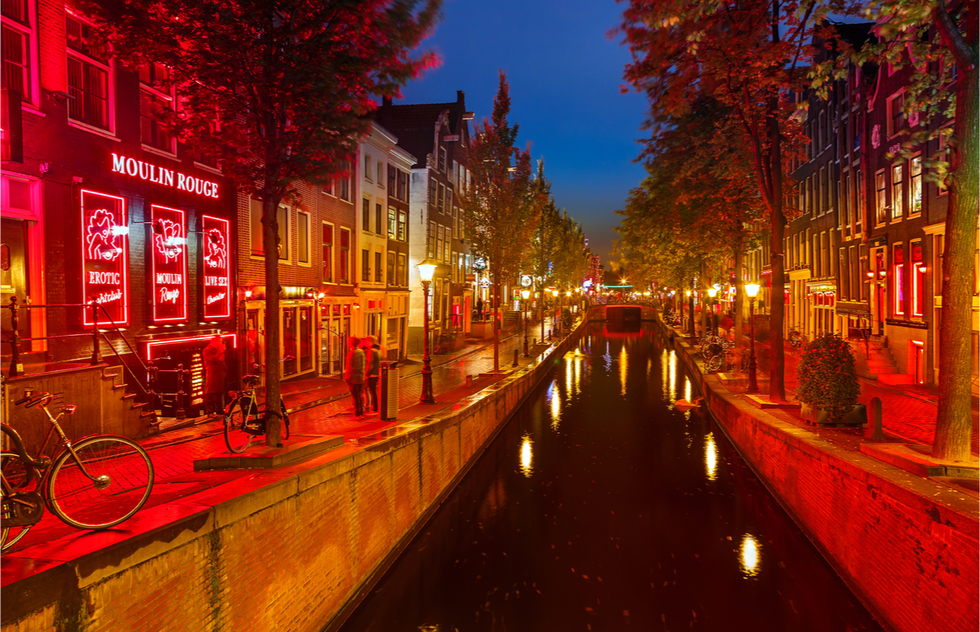 What do you call a red-light district when all the vice is removed? The "No-Longer-Naughty Neighborhood"? "Little Salt Lake City"?

Amsterdam might have to come up with a new term soon. The Dutch tourism magnet known for its permissive ethos is moving forward with some long-discussed initiatives that will fundamentally change the character of the city, as well as the type of traveler who comes to visit.

The first initiative is most surprising. At a time when municipalities around the globe are decriminalizing marijuana and making it easier to get, Amsterdam mayor Femke Halsema wants to restrict access to cannabis-peddling "coffeeshops," at least for out-of-towners.

Under the proposed legislation, cafes selling cannabis products for personal consumption would be open to locals only. The move is intended to discourage druggy shenanigans from tourists and ensure that they don't leave the city looking like a frat house during pledge week.

Of course, blocking tourists from cannabis cafes could shrink the revenue of those businesses significantly—though the novelty of legal pot shops in Amsterdam has already begun to wear off for travelers, considering that recreational marijuana is permitted in so many other places nowadays, including, at last count, 15 states in the U.S. (medical marijuana is legal in 34).

In any case, Amsterdam's pot regulation is expected to be approved by government officials and has the support of most Amsterdam residents, according to the BBC.

Lawmakers are also mulling over changes to prostitution policy. They intend to keep the practice legal but move the brothels out of the city center. (Locals and visitors alike will continue to be welcome.)

Mayor Halsema has said the relocation will protect those doing sex work from the verbal abuse and gawking they now endure from tourists. The move could help with efforts to fight human trafficking as well.

"This is about a reset of Amsterdam as a visitor city,” Dennis Boutkan of the Dutch Labour party told The Points Guy travel site. "Tourists are welcome to enjoy the beauty and freedom of the city, but not at any cost.”

Another change not related to pot or prostituion will also affect future visitors. In July, Amsterdam banned Airbnb rentals in three central neighborhoods: Burgwallen-Oude Zijde, Burgwallen-Nieuwe Zijde, and the Grachtengordel-Zuid.

Three quarters of the city's residents supported the ban, according to TechCrunch, indicating that more limits on short-term rentals could be on the horizon.