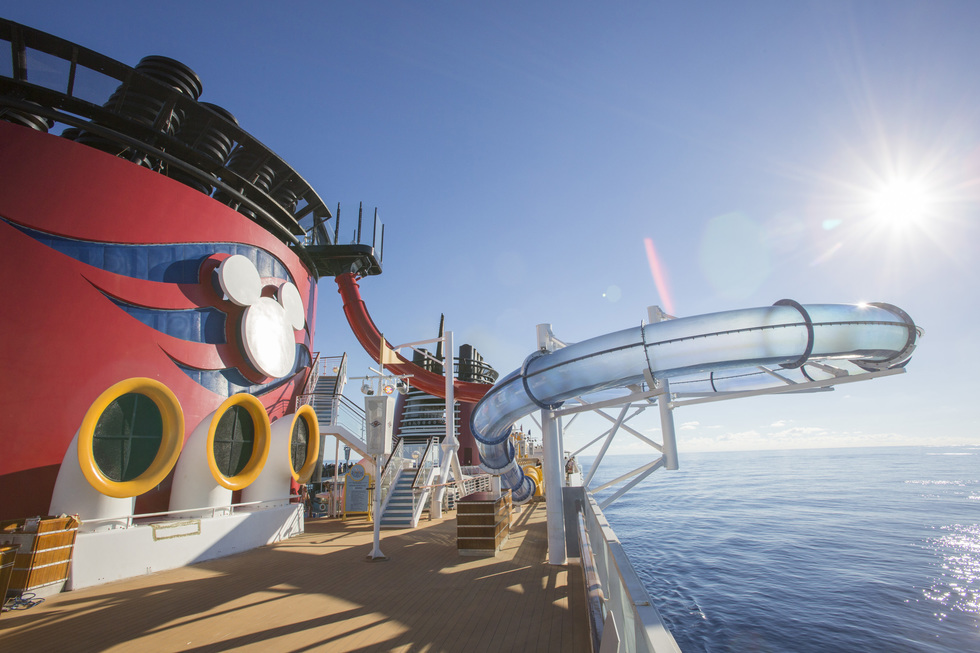 Most parents are aware of the ever-expanding Disney cruise line, which enables them to join their young children on a sailing designed to fascinate. Disney currently operates four big cruise ships, and two more are reaching completion in European shipyards.

Impartial descriptions of those cruises are hard to come by. Persons who write for the newspapers are loathe to criticize the powerful Disney empire. And the most recent critique appearing in the travel section of the New York Times is no exception.

The Times writer is quick to admit that his five-year-old daughter was enthralled by the cruise and called it the best time she had ever had. The writer himself largely confines his review to factual descriptions of the events of the Disney cruise (a four-day sailing from Miami to the Bahamas and back), without voicing an opinion of those events.

But one judgment stands out prominently in the course of a lengthy article. It is the warning to bring money if you opt for such a cruise. Prices are cited for various optional features on the cruise, and they are of a worrisome level.

The writer and his wife booked massages for the two of them. Their cost: $170 per person. He ordered a tray of four small glasses of Scotch. The cost: $60. The family posed for a Disney photographer. Naturally, they were then billed for the snapshot they received, according to an interview we recently conducted with the Times writer.

Throughout the four-day sailing, according to the same interview, the family group were constantly “upsold.”  Disney staff were continually advising them of optional extras and importuning them to spend, spend, spend.

To my eye, the prices they were charged for such extras were always higher than one would encounter on the average non-Disney cruise. Though the quality was high and the service attitudes of ship staff were of the very best, one nevertheless was always aware of the effort to persuade passengers to increase considerably the total cost of the cruise.

You may very well disagree with my own reaction to those policies and their price levels. And if you’d like to apply your own test of these extra expenditures, read the Times article for yourself and you may reach your own assessment of a typical Disney cruise.