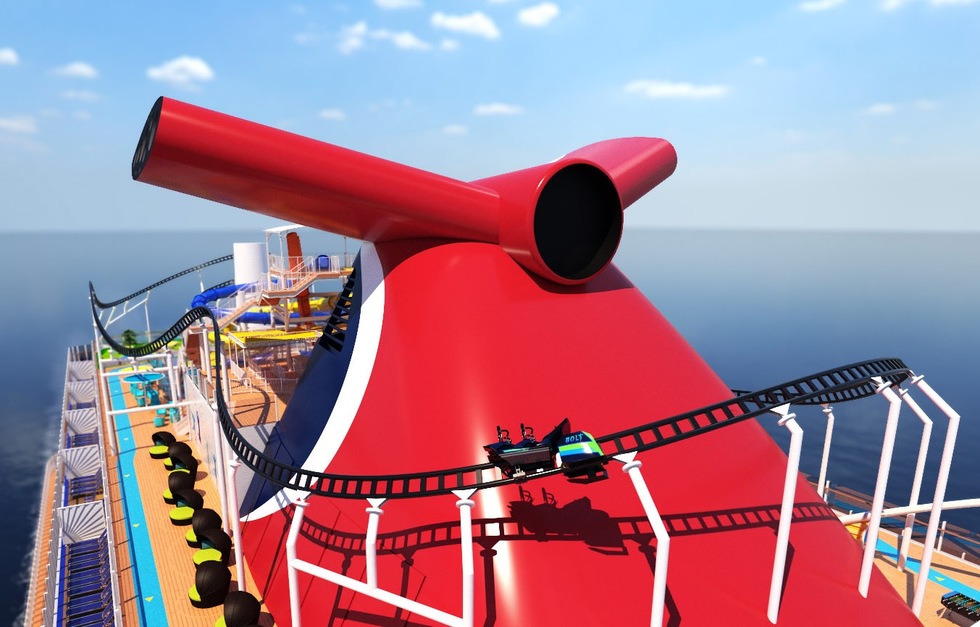 Arthur Frommer: Carnival Cruises Adds a Whiff of Vulgarity to the Ocean

In a triumphant press release, Carnival Cruise Line has announced that it will be adding an above-deck roller coaster to its new cruise ship, the Mardi Gras, largest ever built, when it makes its debut in about a year from now.

The roller coaster will hurl its riders, on occasion, to speeds of greater than 40 miles an hour as it swoops over the open sea or around the central funnel of the ship.

A roller coaster! On a cruise ship!

The ultimate cruise vulgarity about which people like me have sometimes speculated will actually appear on an oceangoing ship.

Carnival obviously expects that people will book this feature in large numbers and will value a roller coaster experience over and above the traditional reasons for going on a cruise.

The people with whom I would like to associate on a cruise are those who enjoy the unique pleasures of the sea and the opportunity to make shore excursions from the port cities at which cruise ships land.

They like the opportunity to socialize with foreign residents of port cities who have lifestyles and outlooks slightly different from ours. They enjoy the chance to converse with other serious passengers in the course of a cruise.

They do not book a cruise to hazard a roller coaster, and I don’t think I would appreciate the opportunity to mix with people who do.

Since herds of young children are the primary audience for a roller coaster-bearing cruise, the departures of the Mardi Gras will surely have a unique atmosphere.  That prospect is one that intelligent people will abhor, in my view.

But because this odd ship will undoubtedly be immensely popular and probably emulated by other cruise lines, another reason has been found for favoring other types of vacations.