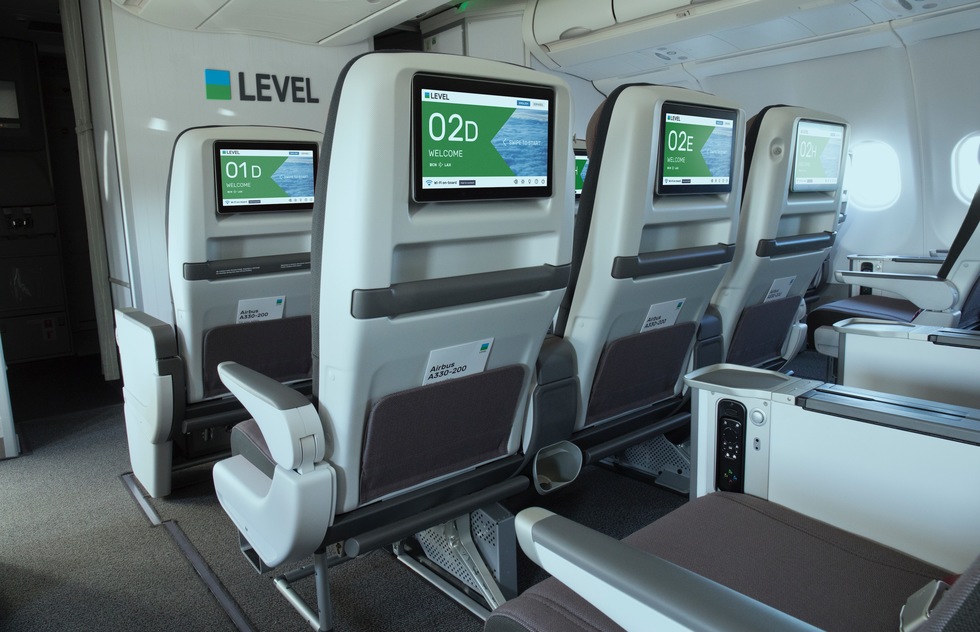 If you were to ask even a well-informed travel professional to name the cheapest airline flying the Atlantic, they would undoubtedly answer: Norwegian Air.

And they’d be dead wrong. The cheapest such airline is the oddly named Level, a joint enterprise of British Airways and Iberia Airlines. It flies mainly from Paris and Barcelona to Newark, Boston and San Francisco, for a basic fare—hold your breath!—of only $300 or $350 round-trip between Newark/Boston and Paris/Barcelona, and for only $366 round-trip between Paris/Barcelona and San Francisco.

I am not making this up.

Just recently, a relative of mine and her boyfriend, both residents of Paris, used Level to fly round-trip between Paris and Newark, New Jersey, for a round-trip cost of the Euro equivalent of $350 per person. To pay that little, they took no baggage other than the small overnight cases that could fit into an overhead rack, and they ate no airline-provided meal (contenting themselves with home-made sandwiches brought aboard). As you can imagine, Level charges higher-than-usual fees for checked baggage, seat selection, in-flight meals, Wi-Fi, and other “options.”

Despite the astonishing low price, the plane was half empty (reflecting a lack of advertising to date), and each of them stretched over four seats to sleep.

Level Airlines, as best I can discover, is the brainchild of Willie Walsh, C.E.O. of British Airways and his counterpart at Iberia Airlines. The planes they use for Level are excellent aircraft staffed by British personnel, and the flights themselves are absolutely normal, leaving on time and utterly uneventful.

Level Airlines began flying in 2017 and expanded its destinations to include Newark and San Francisco in September of 2018.

Its European gateways are mainly Paris, Barcelona and Vienna.  Surprisingly, it does not fly to or from London, but does depart heavily from and to Paris (Orly Airport), from and to which my relative and her friend departed and returned.  Whether Level will continue flying in winter is not yet known, but I know no reason why it shouldn’t.

If you’d like to be the best-informed travel maven of your community, learn more about Level from the material on the Internet, and then use it for your next trip to Europe, paying the unheard-of price of only $300 or $350 round-trip.

Just don’t bring a normal-sized suitcase or you’ll pay for the privilege. And do bring a few sandwiches prepared at home.