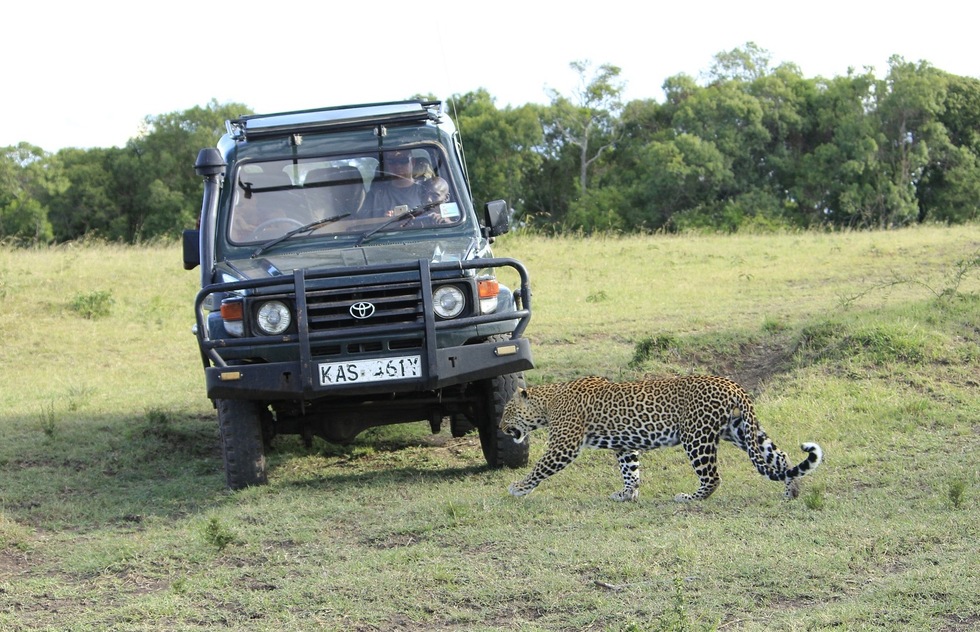 Arthur Frommer: On an African Safari, Budget is Better

To a great many travelers, including myself, the African safari is one of the top travel experiences.

There is something mystical, indeed mind-changing, about seeing the world inhabited by animals, as it was before the earth was populated by human beings.

But not all African safaris are equal in bringing that vision to you.

Upon looking for a safari to book, you are often inundated by marketing appeals from numerous African nations whose wildlife is relatively small and occasional. I’ve heard of participants on a safari who spotted a hoof print in the ground and then spent the entire day following that hoof print until it brought them to a solitary animal peacefully grazing.

This doesn’t happen in Kenya. There, you are virtually guaranteed to see hundreds and hundreds of animals in the course of a single day, and that number rises to many thousands during migratory periods in the springtime.

On my own recent safari, we witnessed not only peaceful wildebeest in giant herds, but also similar groups of elephants, giraffes, rhinoceros, some monkeys, jaguars—and, most thrilling, prides of lions that would occasionally rouse themselves from their daytime slumbers to race after another animal to eat.

Because a Kenya safari is so full of animals, the travel industry bringing you there is a big one, involving numerous hotel resorts from which safaris are operated. And because it is a big industry, its prices for these objectively better safaris are among the lowest of all safaris offered in Africa.

That price advantage for a better safari has just been improved by the startup of nonstop flights from the U.S. to Nairobi, the capital of Kenya, by Kenya Airways.

Unlike most other African airlines that bring you to a destination following an awkward initial flight to a European capital in which you change planes for an onward flight to an African capital, Kenya Airlines now flies you nonstop from New York City.

You undertake one flight, and one flight only, from New York to Nairobi, and upon landing in Nairobi you are met by your tour operator and taken by bus to a resort hotel on the outskirts of the Kenya capital.

The next morning, you are flown by a smaller plane to a landing strip in the middle of the Masai Mara, where you are taken to your lodgings (with dining halls) set in the wilderness, from which you are taken that day to the local center of safari activity.

And on that latter trip, in an open-air Jeep or other viewing vehicle, you glimpse the world as it was before humans—sans roads, sans buildings of any sort, sans power lines. It is an immense thrill.

Kenya Airlines is apparently doing so well with its nonstop service from New York to Nairobi that it is currently considering adding another nonstop flight to the Kenya capital from Atlanta and a third flight from Washington, D.C.

Next time you crave a thrilling travel experience, you might consider this nonstop flight as a means of obtaining one.