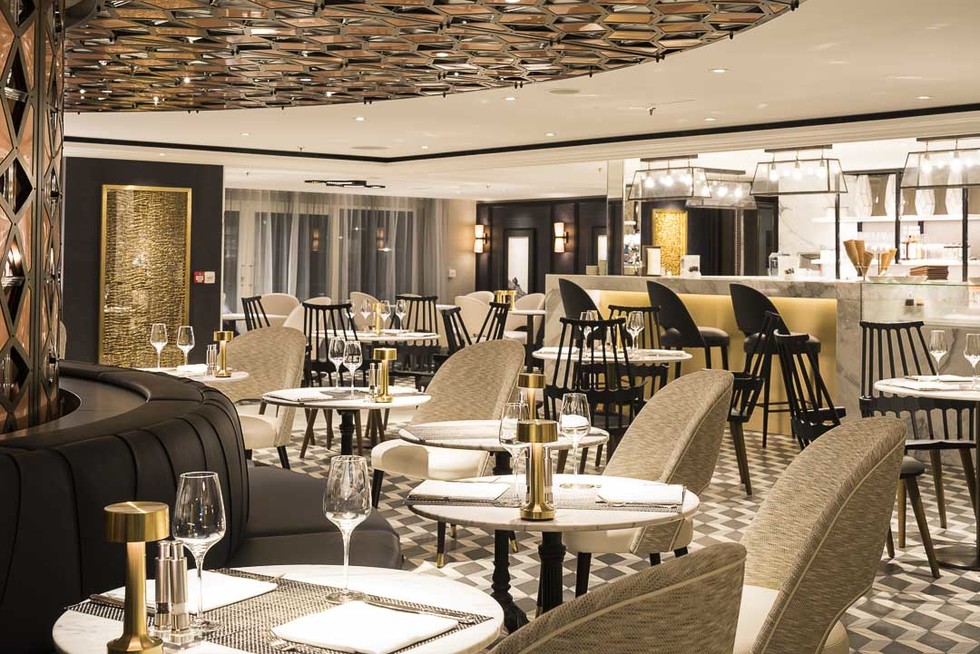 In the early days of European river cruises, the average age of passengers caused your grandparents to seem young.

Without exaggeration, most cruisers were in their seventies, and they gloried in escorted group motorcoach tours and in multi-seat dining tables where they could socialize with a number of other elderly cruisers.

That’s no longer the case. With European river cruises appealing to an ever-younger group, the choice of daily activities began favoring sightseeing on one’s own two feet and meals taken at two-person tables with one’s spouse or companion.

This sightseeing pattern has come about because of the location of docks on a river cruise. Unlike the needs of big oceangoing ships, river cruise boats debark their passengers at river docks right in the center of each city where stops are scheduled.

When you take a river cruise going to, say, Cologne or Heidelberg or Basel, Switzerland, the river goes right through the heart of the city and the boat leaves you at a dock right in the center of everything important. You walk off the boat, take a stairway up to the busy city square where the boat has docked, and immediately go walking over to the cathedral or other important attraction just several feet away.  Today’s river cruiser walks immediately to those attractions, or to shops or museums or restaurants, and has no desire (or need) to board a group motorcoach.

Back on the boat for lunch or dinner, the average younger person apparently wants to take those meals on their own, and not in the company of six to eight other persons. They feel no need whatever to bond with a dozen other elderly people.

Catering to this new pattern, several major riverboat companies, among them Crystal River Cruises, have begun installing more and more two-person tables (as in the bistro on its Mozart, pictured above).

Crystal will be matched in 2019 by Avalon Cruises, which has announced a similar policy of increasing the number of two-person tables.

Both companies have also inaugurated policies of open dining, allowing cruisers to come into those dining rooms for meals at any time of their choosing.

It is probable that many more river cruise companies will follow their lead, and you might want to inquire of the others as to whether their dining rooms are amply supplied with two-person tables. One way, of course, to insuring your own privacy at a two-person table is to book Crystal or Avalon (the latter in 2019).

You might also inquire about river cruise itineraries that occasionally stay overnight in a port or two, enabling younger cruisers to sample the nightlife of a particular destination.