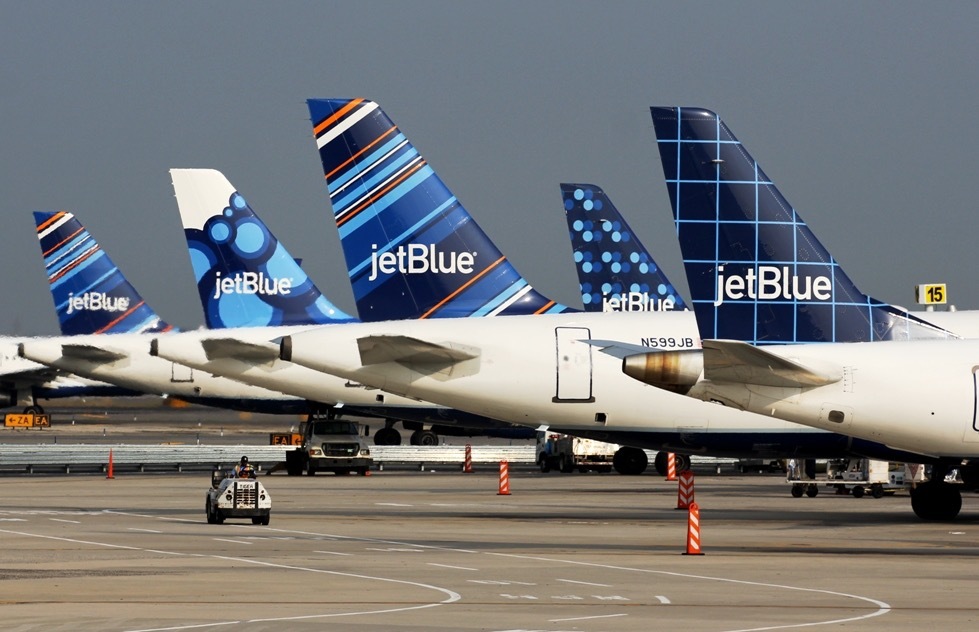 At JetBlue, a New High in Baggage Fees Brings a New Low for Customers

Which U.S.–based airline charges customers the highest fee for their first checked bag?

As of this week, it's JetBlue.

The airline hiked its baggage fee by $5—it's now $35. That's the second increase in two years. JetBlue's charge for checking a first bag is now higher than the rates at United, Delta, American, and Alaska.

A second checked bag will now cost JetBlue passengers a steep $45, up from $40.

It's still possible to pay the previous, lower fees, but you'll have to jump through some hoops by remembering to pay online at least 24 hours ahead of departure. Within a day of departure and at the airport, you're stuck with the higher price, which means you can't change your mind about checking a bag the way you can with other airlines.

JetBlue is brazenly framing the new fee structure as the opportunity for a discount—even though the allegedly discounted price is actually just the previous standard price. The company could have simply instituted a true $5 discount for checking a bag ahead of time, especially considering how recently the last bag-fee increase went into effect. But no, the base price was raised by that much instead.

The airline also has the steel to pretend this price hike is good for customers. According to a JetBlue company memo quoted in the Los Angeles Times, the higher fees will “reduce transactions in the airport lobby and improve the Customer experience.”

This excuse makes no sense. Is JetBlue admitting it couldn't competently handle its check-in traffic and therefore had to reduce the number of customers using it? Other airlines seem able to manage. Were JetBlue's automated check-in kiosks somehow overburdened? Not by any evidence I can find.


The price hike and added inconvenience will surely result in an increased crush in the overhead bins for carry-on bags, one of which currenly remains free.

This seems instead a case of an airline intentionally inconveniencing customers and then clumsily trying to pass that off as a plus.

JetBlue used to be better. It used to tailor policies in anticipation of passenger wishes. When the carrier began flying, it was both a customer service maverick and a role model. It used to be proud about not charging bag fees at all—something Southwest Airlines is still able to do without blaming customers for having luggage.


JetBlue used to crow about its free TVs at every seat, too, knowing that customer loyalty would carry the day. But on most of the JetBlue flights I've taken recently, the cabins were so dilapidated that the screens or their audio jacks were broken. When I've complained to the airline, it has repeatedly told me that renovations will be happening "soon."

Sure, many European airlines also charge you more to check your bag at the airport. But that's hardly a customer-friendly arrangement—and do Americans really want our airlines to become as mercenary and transactional as Ryanair or easyJet?