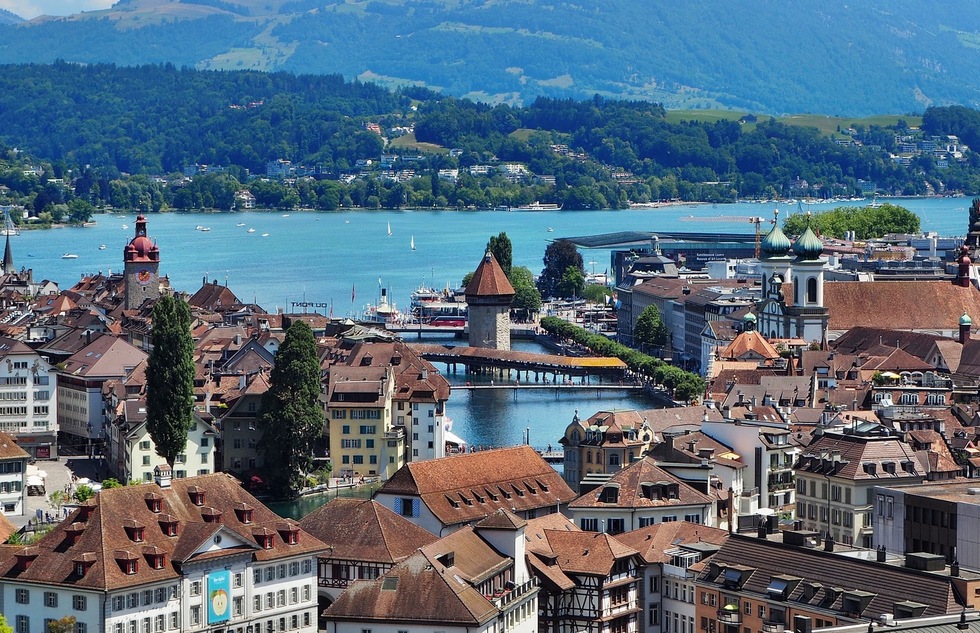 If you've ever longed to take a vacation from your vacation, maybe you should opt for an airline stopover.

That's when a plane makes a days-long pit stop on the way to its final destination, giving passengers a chance to squeeze in an extra mini vacation in the connecting city.

Best of all, some airlines don't charge customers additional fees for the interlude—instead, they treat the journey as one long flight rather than two shorter ones.

Two European carriers, both part of the Lufthansa Group, have introduced new stopover programs that let flyers beef up their itineraries without emptying their bank accounts.

First, Swiss International Air Lines is offering U.S. travelers headed toward Eastern Europe, the Middle East, and Asia the opportunity to touch down in Switzerland first for a stay of one to four nights.

If you don't want to make your own arrangements for Swiss accommodations and transportation, you can choose from a selection of vacation packages that include hotels and rail transit passes in five of the mountainous, lake-dotted country's top cities—Interlaken, Lucerne (pictured above), Montreux, Zermatt, and Zurich.

There are also packages that combine multiple locations via set itineraries. Travelers are taken from stop to stop—and back to the airport—by public transit.

Those packages cost extra but, remember, you're saving a bundle on airfare.

Brussels Airlines, meanwhile, has rolled out its own stopover program for Belgium.

Passengers flying from the U.S. or Canada to Eastern Europe, Africa, the Middle East, and Asia can enjoy at no extra charge a Belgian intermission lasting one to five days.

During that time, you'll get free access to museums and other tourist activities in two of the country's cities—and in tiny Belgium, it's more than likely that whichever towns you choose from the 14 that are available will be less than an hour apart from one another by train.

For more info on booking, prices, dates, departure and arrival cities, other discounts, and any restrictions that might apply, visit the airlines' websites for Stopover Switzerland and Belgium Stop Over.
Air Travel
Money and Fees
News
Other Discounts
Packages