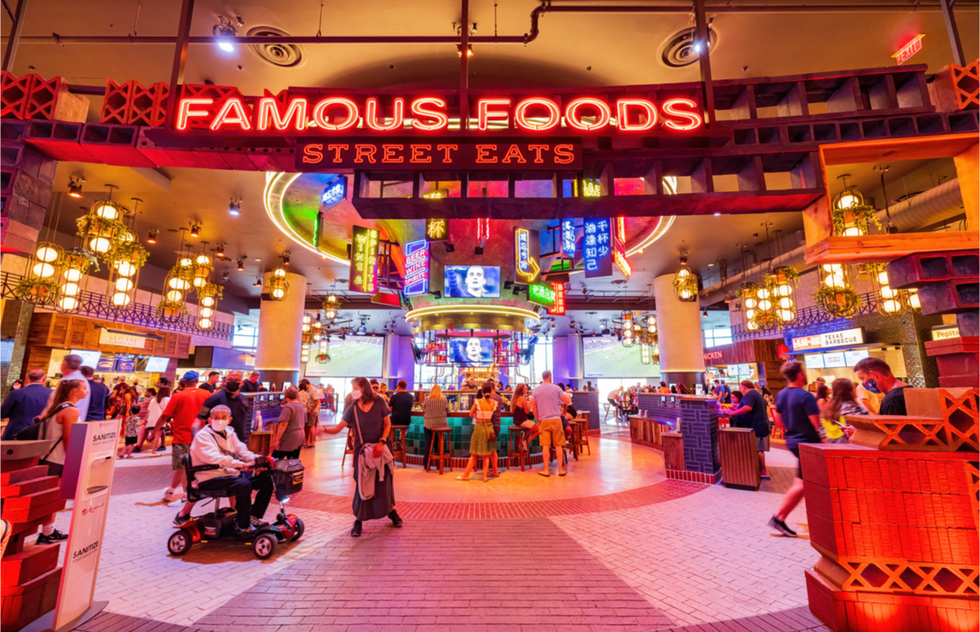 Picture this: You walk into a Las Vegas casino and although you’re asked to don a mask (the state has a mask mandate for most public indoor spaces), no other questions are asked.

But then you try to enter the casino’s showroom and everything changes.

At the door to the theatre, you’re asked to prove you’re vaccinated. In some showrooms, proof of a negative Covid-19 test is accepted, but not in others.

That's what's happening in Vegas right now. Visitors to its casinos are being caught by surprise, unaware that a patchwork of protocols are in effect under the same roof.

"Confusing is the word," says Anthony Curtis, publisher of Las Vegas Advisor. "Nobody can keep [all the different protocols] straight. It’s difficult to stay up-to-date on this, even for us—and all we do is cover Las Vegas travel."

According to Curtis, the disconnect occurred because different entities control adjacent spaces.

Las Vegas casinos and restaurants have made it clear they won’t support any sort of testing or vaccine mandate as the owners think it will hurt business. But many of the city’s entertainment venues are controlled by multinational companies that have adopted pro-vaccine and pro-testing policies.

The large entertainment producers may be betting that an exception to the mask rule created by Nevada Gov. Steve Sisolak could work in their favor.

On August 16, Sisolak announced that indoor venues that have fixed seating and capacities of more than 4,000 can waive the mask mandate as long as all audience members and staff are vaccinated.

"This gives an option for event organizers to choose between requiring masks indoors for all attendees—regardless of vaccination status—or making the choice to only allow vaccinated individuals into their events and letting the fully vaccinated take their masks off," Sisolak said during the announcement.

Adding another layer of complexity: Some convention organizers and music festival promoters, like the upcoming Computer Electronics Show and Life Is Beautiful fest, have told attendees they will have to prove they’re vaccinated to be admitted.

Among the many venues now requiring proof of vaccination are ones owned by Live Nation (House of Blues at Mandalay Bay, Brooklyn Bowl at LINQ Promenade, the Colosseum at Caesars Palace, Zappos Theater at Planet Hollywood, and the Park Theater at Park MGM); and AEG Presents theatres at Resorts World Las Vegas (pictured) and Virgin Hotel Las Vegas.

The city’s NFL team, the Raiders, has also announced that its games will be for vaccinated spectators only, although doses will be available at the stadium and those who receive the jab will be allowed to enter as long as they are masked.

Perplexing protocols aren’t the only frustrations awaiting visitors, according to Curtis.

"The service level in Las Vegas is atrocious right now," he says, noting that getting restaurant and show reservations can be difficult and that waits for food once you’re seated are now double or triple what they used to be.

Curtis blames the management of the casinos, who he says are purposefully keeping staffing levels low to shore up their bottom lines.

“[The major casinos] cut their staffs to nothing. So though people are here, gambling their brains out, the casinos are reticent to staff up. They’re making a good profit even though visitor numbers are still below 2019, and they don’t want to hurt that,” he says.

What's the best advice right now for someone who wants to go to Las Vegas?

"Make sure you get reservations well in advance, and ask about masks and vaccines. Make sure you understand what will be expected of you,” says Curtis.

“You can always find deals in Las Vegas. There’s always fun here. But the casinos are putting the squeeze on customers right now and a lot of things are changing, so you have to come prepared.”