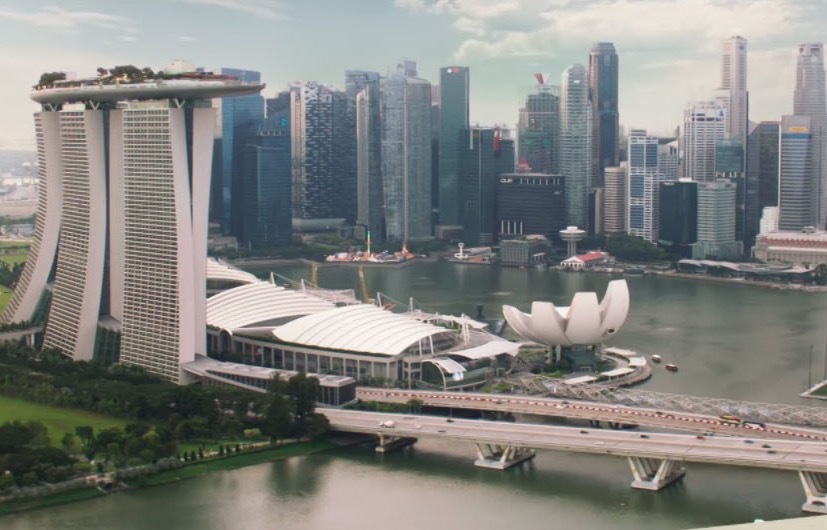 Let me be entirely frank. I greatly disliked the movie Crazy Rich Asians, which I recently saw.

I was so horrified by its fawning depiction of irresponsible wealth that I almost walked out of the theatre during the first half hour of the show, and only stayed because things improved a bit in the remaining hour and a half.

Crazy Rich Asians is a two-hour romantic comedy about an ultra-rich family in Singapore who grow upset by their son’s plan to marry a young Asian woman whom he earlier met in New York City. Virtually the entire cast is Asian, and in that regard the movie breaks fresh ground and would be an important racial milestone were it not for the life it conveys.

The Asians in Crazy Rich Asians are almost entirely engaged in deluxe partying or shopping for expensive clothes. They live in resplendent homes attended by servants and are constantly going to gigantic mansions where butlers bring them expensive wines and hors d’oeuvres.

Nothing in the film is critical of the outrageous lives they lead. But amidst the constant depiction of bejeweled diamonds are photos and videos of Singapore that make the film an outstanding travelogue.

At times, the film pauses to wander among the futuristic skyscrapers of Singapore. For lengthy periods, you are introduced to architecture that is truly art-shattering in design.

You are taken to phenomenal streets and plazas, and to beautiful roads going outside of town to the mansions owned by Singapore’s elite.

Occasionally, the film stops to show you a panoramic view of the Singapore skyline, but otherwise it goes indoors to interiors the likes of which you may never have seen.

Most of us would decry the authoritarian makeup of Singapore’s government and history. It is nothing to emulate elsewhere. And there obviously must be poorer parts of the city set aside for the population that serves as cleaners and cooks and other less fortunate people. These you never see.

But if you’d like a glimpse of what could be regarded as a “city of tomorrow,” you might want to go to Crazy Rich Asians.

Just don’t subordinate the political views that hopefully you already possess, believing that efforts should be made to improve the lives of the economically less fortunate and to bolster democratic ideals of equality.