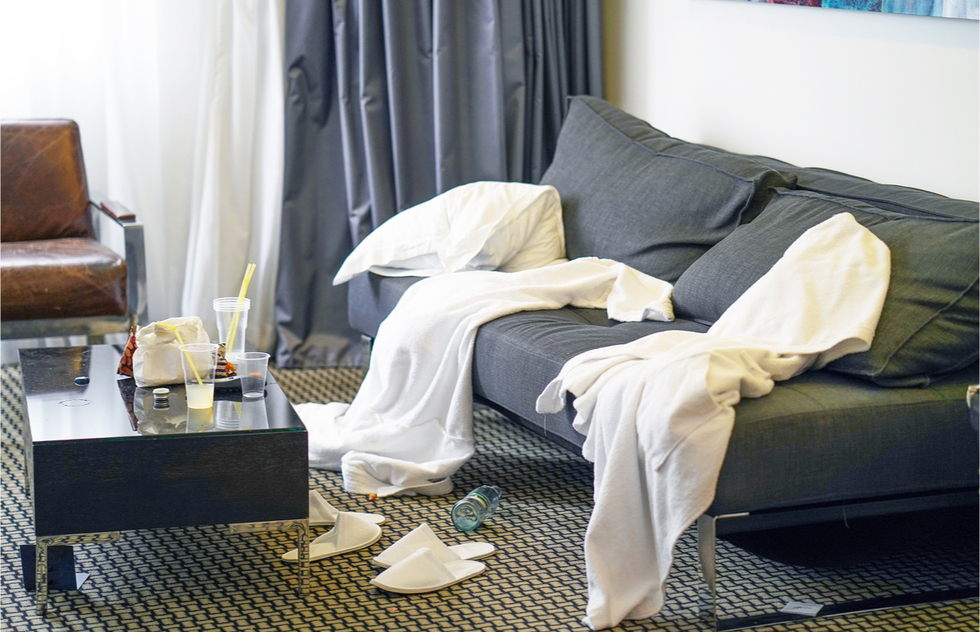 Largely overlooked in the nonstop circus of summer news headlines, a crucial workers' organization warned in June that the hotel industry's trend of scaling back daily housekeeping will disproportionately impact a specific population of working Americans.

"The end of daily room cleaning would trigger mass job eliminations for hotel housekeepers, [who are] overwhelmingly women of color," according to Unite Here, a labor union representing the interests of hotel workers.

The group predicted that the cutbacks would result in the loss of up to 180,000 jobs—roughly equal to the population of Fort Lauderdale, Florida, or Providence, Rhode Island. The figure accounts for 40% of the U.S. housekeeping workforce.

"The U.S. Census Bureau reports that 88.6 percent of housekeepers are women, and 73 percent are people of color," Unite Here's report states. "Many are immigrants from the Caribbean, China, East Africa, the Philippines, Latin America, and more. Unite Here estimates that ending daily room cleaning would cost people of color up to 131,707 jobs and $3.51 billion in annual wages, a disinvestment that would exacerbate income, racial, and gender inequality."

When the pandemic began and scientists still had open questions about how easily Covid-19 might be transmitted, many hotels eliminated daily housekeeping.

But as travel rebounded, many chains, including Hilton, didn't bring back daily room cleanings. Instead, cleanings often only happen in between bookings or when customers specifically request the service.

Unite Here accused the hotel industry of going back on its sanitation promises.

"Hotels promised enhanced cleaning during Covid-19, and yet, some hotel companies are moving to permanently end the practice of daily room cleaning in order to reduce labor costs," the union stated.

According to the U.S. Bureau of Labor Statistics, the median annual salary of a hotel housekeeper in the U.S. is $26,220.

The hotel conglomerates have provided varying reasons for the cutbacks. A New York Times exploration of the issue suggested that an ongoing labor shortage was one motivation, while Hilton's public-facing rationale paints the change as an "opportunity [for guests] to tailor their housekeeping experience to their individual comfort level."

Not so, counters Unite Here, which cited a poll that found that fewer than 10% of U.S. hotel guests want to forgo daily room cleaning.

A report published by the American Hotel & Lodging Association in January showed that customers ranked "cleaning and hygiene practices" as the second-most important consideration in choosing a place to stay, behind price.

A July report by the same group said that 1 in 5 hotel jobs had been lost during the pandemic and were not expected to return in 2021.

Unite Here added that when housekeepers service rooms, the task now takes longer than it did before the pandemic. The group's report points to an October 2020 survey of hotel managers who said rooms take 15% to 35% longer to clean due to enhanced sanitation protocols.

Leaving hotel rooms untouched for days at a stretch only compounds the amount of time required to bring the rooms back to cleanliness, says Unite Here.

You can read the workers' group's report, entitled "Playing Dirty," by clicking here.