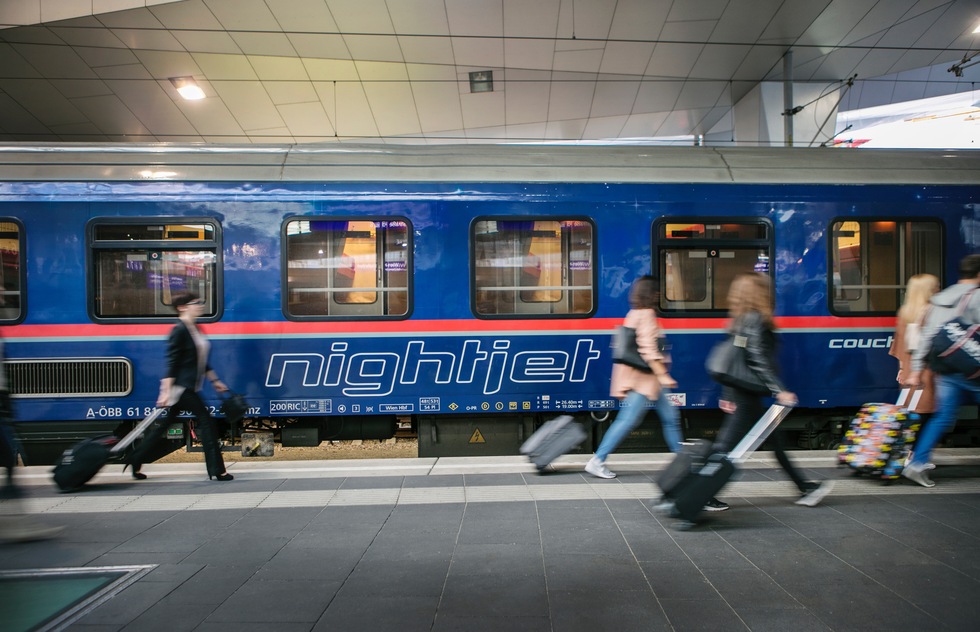 Europe may be more affordable for Americans now than it has been for 20 years, but that doesn't mean travel is smooth sailing there.

When it comes to its airports, the European continent is in as much disarray as North America is—maybe even worse, with Lufthansa canceling nearly all its flights on Wednesday and multiple major airports instituting new limits on the number of flights they are able to handle.

But unlike Americans and Canadians, Europeans have well-developed rail networks, and in response to hijinks and failures at airports and the mounting pressures of climate change, Europe has the ability to reawaken a mode of travel that was previously being extinguished by low-cost airlines.

"It’s true that we have a real revival of night trains in France and in Europe," Alain Krakovitch, the director of travel at SNCF, France’s state-owned railway company, told the New York Times earlier this year. "It is a very strong demand, both from customers, but also from elected officials, mayors, and the government."

After the 1990s, overnight trains were eclipsed in Europe by no-frills, short-haul airlines. Between 2001 and 2019, 65% of overnight routes ceased operation.

But as cheapie carriers like EasyJet and Ryanair suffer meltdown after meltdown, and fossil fuel consumption falls out of favor among Europeans, the railways have finally seen revitalized investment.

The European Investment Bank is spending billions on updating railways. France alone recently invested some €100 million in modernizing railway carriages, including sleepers, and brought back the Paris–Nice night train after a pause of four years.

Among the other routes that have recently been introduced (or reintroduced) for overnight trips:

• On September 1, EuroNight service from Sweden-based SJ begins going from Stockholm to Hamburg, Germany—something that wasn't even possible before the opening of the 5-mile-long Öresund Bridge 20 years ago. From Hamburg, passengers can connect to a variety of other continental cities by high-speed rail.

• The new rail carrier European Sleeper is running service from Brussels to Prague by way of Antwerp, Amsterdam, Berlin, and Dresden.

• European Sleeper is also organizing a route from Amsterdam to the south of France, pegged to debut sometime in 2023.

• Austria's ÖBB and its partners in various European countries are growing Nightjet, a network of overnight service. Upcoming additions will include Zurich–Rome with a stop in Milan that can be linked with another new Zurich–Amsterdam service; another will be Paris all the way to Romania with stops in Strasbourg, Munich, Vienna, and Budapest.

• By 2024, French startup Midnight Trains aims to bring its next-generation carriages, which promise to bring sleeper cars up to modern luxury standards, to a dozen cities out of Paris, including Edinburgh, Copenhagen, Lisbon, Porto, and Rome.

In addition to allowing travelers to avoid the hassle of airports and contribute less to environmental damage, there's a budget benefit of booking a bed on a sleeper train instead of flying and arriving late at night.

"With sleeper trains you use your night for traveling, and save money by not spending on a hotel," Meike Quentin, director of communications and marketing at overnight railway Alpen-Sylt Night Express, told the Wall Street Journal last year. Alpen-Sylt began operating in 2020.

Quentin had the right idea—it's just that in Germany, which the company serves, rebooting the night train infrastructure encountered snags that included skyrocketing energy costs. As of July 29, 2022, Alpen-Sylt will suspend operations for an undetermined period of time.

"Unfortunately, the unprecedented and unavoidable supply chain disruptions of the railway industry have now also reached us, so that numerous additional passenger coaches planned for the high season cannot be delivered in time," the railway's website announced. "Since in Germany, unlike in many other countries in Europe, night train services are not subsidized, the operation of the Alpen-Sylt Night Express is no longer economically viable in the current environment, even with good bookings."

Denmark’s Transport Minister Benny Engelbrecht told Politico that Germany's difficult investment situation makes that country "a black island for night trains." But traveler demand for alternatives to flying is only expanding, so the incentive for change is there.

Sleeper railways used to be a fundament of European travel. Given supportive government measures and smoother organization, the resurgence of the night train is a travelers' trend that is set to roll on.