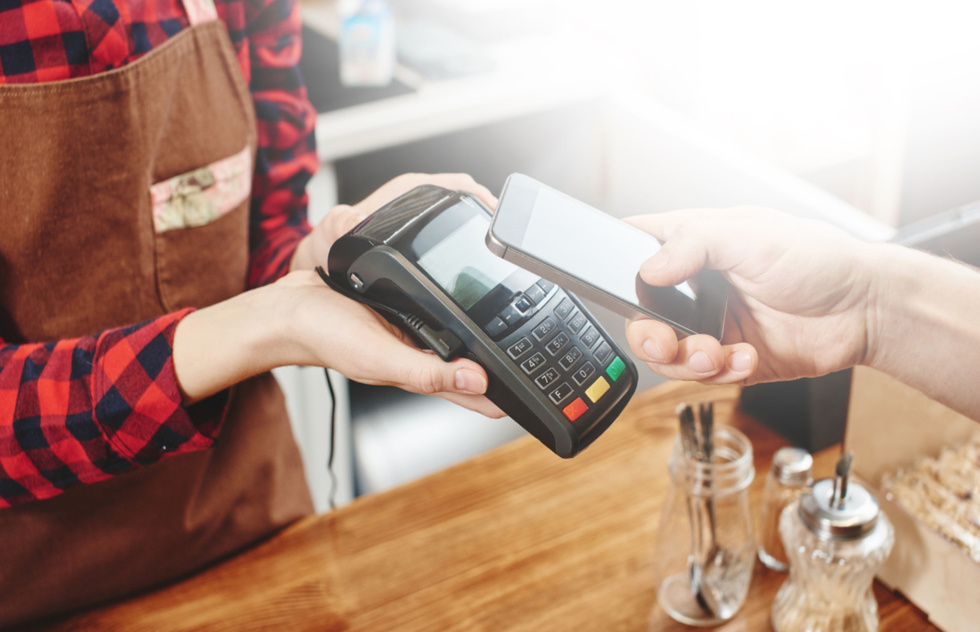 I spent all of May in the United Kingdom. And as incredible as it sounds, I didn't go to an ATM once.

When I entered the country, I had £40 in my wallet, plus a little loose change.

I struggled to find anyone who would accept it.

The pandemic, which in its early days had people furiously disinfecting money and groceries, hastened a change that was a long time in coming, solidifying a new era of cash-free payment.

Many of Europe's payment systems had already been gravitating toward cashless usage—in London, starting in 2018, you could even tip a street busker with just a tap of your bank card, and you could pay for Tube rides with your smartphone—but before, card payments were simply another option. It took Covid-19 to make cash a pariah.

Time and again, I found that even casual purchases that were once the domain of pocket petty cash had been changed to plastic-only transactions. Need a coffee from a street kiosk? Contactless credit card only. Want to buy a program from a West End theatre usher? They only accept cards. A beer at a pub, a taxi to the hotel? Tap your card, but keep your coins.

The only person I could find in five weeks who was eager to collect cash from me was a cheesemonger at London's Borough Market, an attraction popular with foreign tourists. She was desperate for £1 coins. "I can't get them anymore," she explained. When I produced five of them, she was so relieved she gave me a discount.

Beth Harpaz, a travel journalist for The New York Times, echoed my discoveries earlier this month in that paper, but she expanded on them, locating travelers to Australia, New Zealand, and South Africa who all encountered the same phenomenon: Their cash was rejected.

You can learn more about the new international spending situation from Harpaz herself on the June 26 episode of Pauline Frommer's weekly podcast, available here.

Americans who haven't traveled abroad in a while will arrive in a Europe and find payment systems that bear little resemblance to the ones back home. The wide variety of ways to pay, and the new equipment used to power those transactions, are widespread and novel.

Europe's payment systems have pulled far ahead while the United States, in more ways than one, is still in the Dark Ages. Elsewhere, compact handheld wireless payment consoles are the new cash register. Restaurant servers will never disappear with your credit card anymore, which cuts down on fraud. Instead, they come to you with a device, or your table will come with a QR code that, when scanned, takes you to your bill. Pads for tapping contactless credit cards now speckle the landscape everywhere from vending machines to museum lobbies to charity boxes.

This trend won't be reversing. It's the new way of doing things. So before you travel abroad again, here's what you need to do to ensure you're prepared.

Make sure your payment cards are equipped for wireless payment. Swiping or inserting credit cards has become as passé as forking over dirty cash. Even if there's a slot for credit cards, it may not work. Now, the majority of people tap and go. American banks and credit card issuers have been slow to catch up with this development, but now, most Americans will find that at least one of the cards in their wallets is automatically set up for contactless payment. How can you tell? Look for the little Wi-Fi symbol, which looks like four curved arc lines, printed on your card. You might have to ask your issuer to send you a contactless version—Europeans get them automatically, but American businesses have been slow to cater to this change, and some have decided they should be optional.

Be quick about it. Europeans stopped requiring signatures for credit card purchases years ago. The practice was about as secure as a cheesecloth locker. For a long time, most European transactions required the purchaser to input a PIN, but even that went by the wayside; by 2020, 83% of British people used contactless payment. You no longer have to sign anything, enter a PIN, or show I.D. for purchases up to £100 or more in most places—the threshold used to be lower, but it was raised during the pandemic to make germ-free spending easier. The vast majority of travelers' expenses will fall well under that ceiling, so tap-and-go transactions will be your norm. Vendors are already used to the faster pace of transactions, so you're expected to be ready, with your card out, and to swiftly tap as soon as the payment console is presented. If you dillydally, they'll know you're a tourist for sure.

If your smartphone has Apple Pay or Google Pay, set it up before travel. You can use those instead of a contactless card if you like—in London, they're even accepted on public transit—but you have to input your cards one by one, and sometimes, you have to validate that you have access to those accounts before the payment function can be activated. No one can make a purchase without knowing how to unlock your phone. Once it's set up, though, it's a breeze to use, and you can store multiple cards and swap between them for different types of transactions.

Make sure your smartphone is equipped for a degree of roaming. Wi-Fi is prevalent abroad now, and you can usually tap into that for free, but there will be times, such as when you're presented with a QR code to take you to a payment screen, when you might need to use data. You might have access to roaming data without knowing it. Many U.S. mobile phone service providers offer at least a small add-on purchase to grant you access to data for short periods, and T-Mobile has made throttled access to international data standard in some of its plans.

Pay that bill on time. Spending quickly with a thoughtless tap has its drawbacks—you can spend a lot more without realizing it. So make sure you pay off your balance monthly, and don't let the fast pace of international transactions send your bill out of control. We don't want to see you tap out.