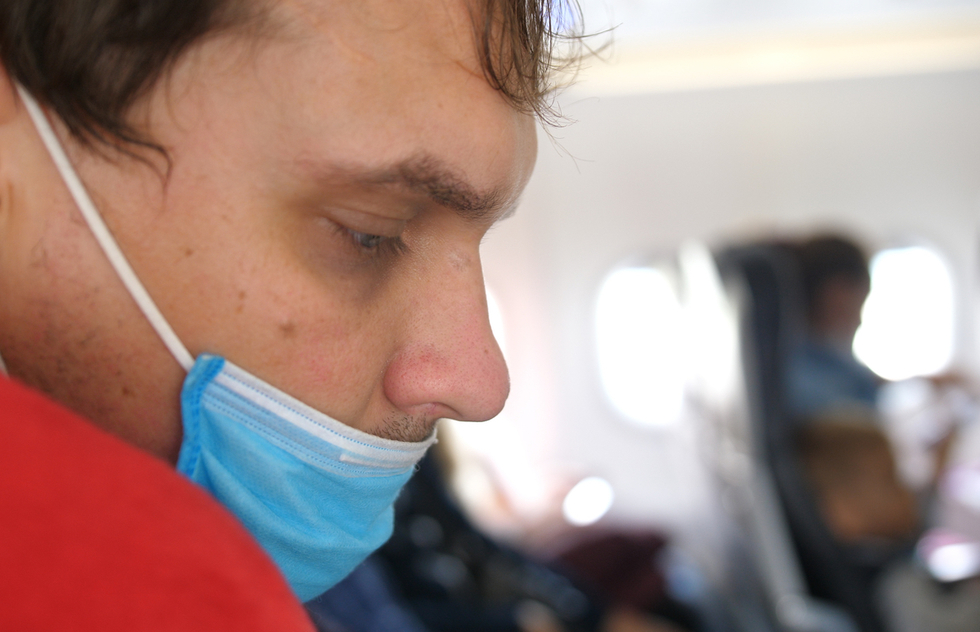 Flight Attendants Are Finding That Policing Mask Usage Is Near Impossible

By the contract of carriage of every major U.S. airline, face coverings are now required of all passengers while in the air (with the exceptions of children under the age of 2 and passengers with medical conditions that preclude mask wearing).

The task of policing this new rule is falling to flight attendants, whose jobs were already tough but have now become among the most difficult in the nation.

I first became aware of the hardships that flight attendants are facing when we received a Facebook message in response to a post about the legalities of airlines enforcing mask rules. The post included a video of a man being escorted off a plane for refusing to don a face covering.

A flight attendant named Donna Cuervo responded that the video was a poor representation of solutions to the issue, since most passengers take off their masks in flight, not on the ground, and therefore can’t be removed from planes.

"As a flight attendant who has worked through this entire situation," Cuervo wrote, "I can tell you that it's not as easy as simply stating what [passengers] are legally required to do."

According to Cuervo, "Once the plane is in flight . . . customers who cooperatively wore masks [while] boarding suddenly remove them completely, pull them down around their neck like a feedbag, or have their noses completely exposed [as in the photo above]. We make announcements to the point that everyone is irritated. We address people individually who—not unlike the guy in the video—curse at us and refuse to cooperate, knowing that it's unlikely the plane will go back to the gate unless the customer actually assaults us."

Cuervo says that her bosses instructed flight attendants to give scofflaws "a yellow ticket previously used mostly for criminal activity, and explain that they would be met by security on landing and be considered for the no fly list."

The response? "Who needs you? I'll fly on [another carrier]," Cuervo wrote, quoting angry passengers.

"What we need," she asserted, "is a regulation that will keep [those passengers] off ALL airlines in the United States."

She continued, "We're really trying to make this work, but when after all this you look and 80% of noses are exposed, masks are again removed as soon as you step away from talking to them and others have prop food on their tray they're not eating as an excuse to not wear the mask for the entire flight, we just become tired.”

Cuervo noted that it’s not just flight attendants who are trying to get passengers to wear masks; some other customers also want the enforcement. "Many customers do approach us with concerns that persons sitting near them keep taking it off," she wrote, "and we go over and talk to them. They put it on for the moment we're standing there and remove it when we step away."

I reached out to Heather Poole, another flight attendant and author of the memoir Cruising Attitude, to find out if she, too, is experiencing these issues.

Poole has resorted to asking for heavenly help with the situation. "All passengers (and crew) can do is protect themselves. And pray . . . Pray for an empty flight or an empty seat next to you or for other passengers to be kind and respectful. Pray for passengers who care enough to help protect others even though they hate wearing masks."

But there is a solution beyond prayer, and it's being proposed by Sara Nelson, president of the Association of Flight Attendants, which represents cabin crews at more than a dozen U.S. airlines. As Nelson told CNBC, "The federal government is not backing us up and that's really what we need here. It is very important to send a clear message to the traveling public that [wearing a mask] is the expectation and there will be consequences if people don't follow these instructions."

It’s time for action. The Department of Transportation stepped in years ago to ban smoking on airplanes as a public health issue. The federal government could easily do the same with a mask requirement—and must do so as soon as possible.

Infection rates are spiking across the United States, and essential workers, like flight attendants, are the ones most at risk. I urge all our readers to write to the Department of Transportation and tell the agency to start doing its job. The only solution here is a federal one.