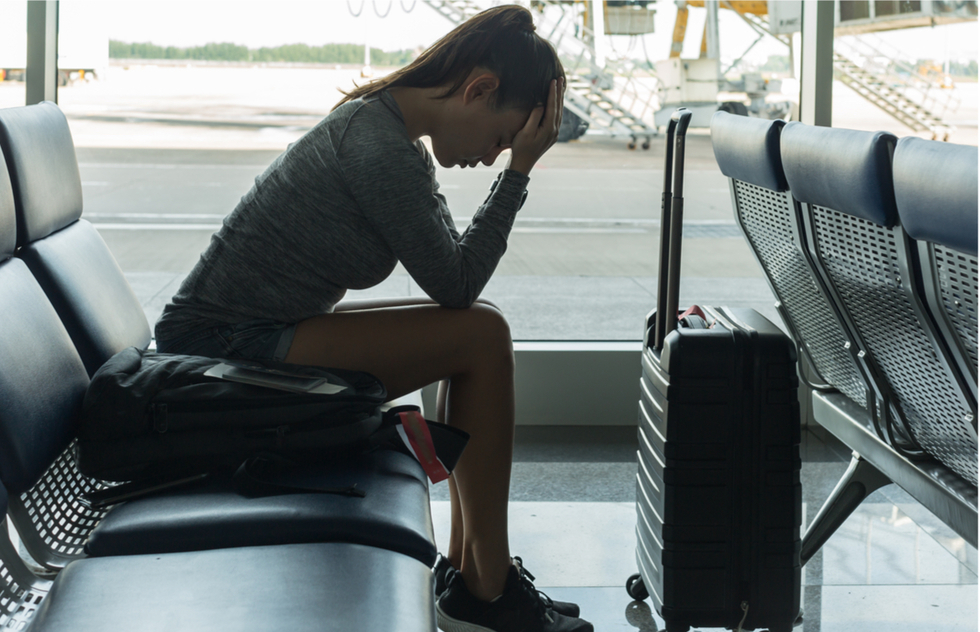 Can Airlines Legally Force You to Wear a Mask?

Their airline, their rules. If you don't like the rules, get your own plane.

That's what it boils down to. Catharine Hamm of the Los Angeles Times looked into the legality of airlines forcing passengers to wear masks during flights.

Hamm found that passengers don't have a choice. Whenever you buy a ticket, you agree to what's called the "contract of carriage." That contract covers you from airline monkeyshines (carriers must get you where they promised to take you) and protects the airline from anything you might try to pull—i.e., you have to follow the company's rules.

When you bought the ticket, you legally agreed to that arrangement.

In fact, enforcement of the airlines' mask rules is further backed up by those Covid-19 questionnaires passengers are filling out these days.

Airlines for America, the industry trade group representing all major U.S. carriers, has said its members are now distributing preflight health assessment forms. In addition to posing questions about current symptoms, the forms tell passengers to "bring a face covering and wear it at the airport, on the jet bridge and onboard the aircraft." When you sign that form, you agree to follow that rule.

So by the time passengers board a plane, they have already agreed in writing to wear a mask—twice.

It doesn't matter what state or local law says at that point (there is no federal regulation, no matter how much the air travel industry has begged). Passengers have entered into a mask-wearing contract with the airline.

To put the final nail in the coffin (only figuratively, we hope) of objectors, Hamm consulted a public law expert. “Airlines are private businesses and airlines have a right to have rules of their own about what you can and cannot do on their premises,” said Sharona Hoffman, a professor at Case Western Reserve University.

You have a constitutional right to travel. For that, you can use your feet, your car, or you can buy a trained tortoise and ride that.

But you do not have the constitutional right to use an airline's services.

Watch this incident from Independence Day weekend, in which a guy who wanted to fly to Fort Lauderdale on Spirit Airlines was bounced for refusing to put on a mask. He refers to all the "witnesses" around him and even gets some vocal support from a fellow passenger, but the mask refusenik neglects to admit (or didn't realize) the most important fact of all: He had already agreed to cover his face by purchasing his ticket.

Breaking from a friend: on a @SpiritAirlines flight @LGAairport to @FLLFlyer #fortladerdale this man refuses to wear a Face Covering - man being #arrested for unruly behavior (Video: copyright) #WearAMask pic.twitter.com/eJQo1toQXW

The maskless flyer was removed from the plane and it left without him. If he sues, you don't have to be Judge Judy to see that he doesn't have a case.