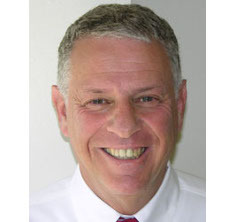 The City College of New York

In my 20-plus years as a radio talk show host, I've interviewed thousands of people. I'll be honest: I don't remember most of those conversations.

But although I interviewed William Helmreich almost exactly three years ago, it feels like it was yesterday.

I met him in the lobby of 77 WABC, my radio home, and walked him back to the studio. Along the way, we passed the booth where the station's live show was in progress, and looked in through the glass at Curtis Sliwa, who founded New York City's Guardian Angels and is now a primetime host on the station.

Without missing a beat, William launched into an erudite, fascinating, hilarious riff on the history of that volunteer safety organization. I remember stopping dead in my tracks because I wanted to hear the end of his story, even though doing so meant I was going to start our taping late (which would annoy my engineer). We stood there for a good 10 minutes, laughing and chatting.

When we got into our studio, we launched into one of the most enjoyable interviews I've ever hosted.

Helmreich was there to discuss his new book, The Brooklyn Nobody Knows: An Urban Walking Guide. His depth of expertise was breathtaking.

He knew which Brooklyn streets to recommend visiting because he'd spent the past four years walking almost every single street in New York City—a total of 6,163 miles on foot.

He was a natural storyteller and wove history, humor, and sociology into our discussion in a fashion that was both effortless and compelling. (If you'd like to read a short recap of the interview, click here.)

Helmreich also wrote an indispensable walking guide to Manhattan, a book about all of New York City, and 15 other books on sociology and history.

It is a punch in the gut to realize that this vital, brilliant, charming man is gone so soon—taken from this earth by COVID-19.

Our heartfelt condolences go out to his family and friends.