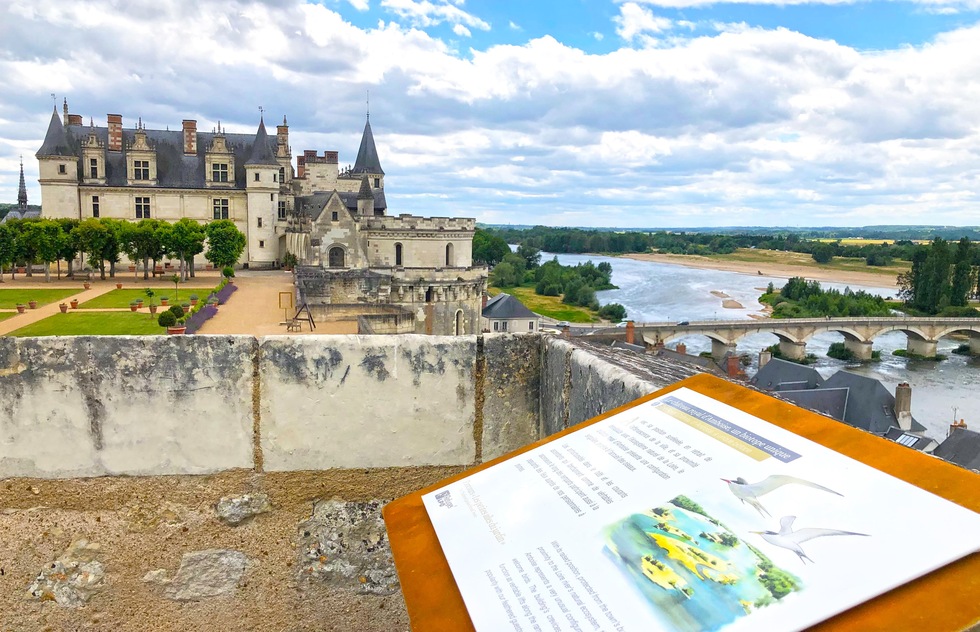 In the Loire Valley, New Visions of Gardens and the Life of Leonardo da Vinci

With so many indoor amusements rendered verboten by the pandemic, even many confirmed urbanites got into nature this past year. Because of a new widespread appreciation for the open air, many are predicting that outdoorsy vacations will remain popular even after the pandemic is passed. I have a prediction of my own. I think places that are able to mix open spaces with cultural attractions and good food may end up doing very well.

France’s chateau-dotted Loire Valley has long been such an unusually multifaceted destination. And this year, happily, its attractions are expanding and deepening.

Leonardo da Vinci, the great artist, inventor, author, and all-around-genius, spent the last three years of his life at Château du Clos Lucé, the summer home of the king in Amboise, where the mansions rank among the grandest in the country. For many years, da Vinci's workshop and inventions have been on display there, but in spring 2021, a new 5,380-square-foot cultural center and museum will open.

Some of the new, immersive features about the creative master— video games, 3D experiences, and an animated display of 17 of his paintings (pictured below)—probably would have tickled him. 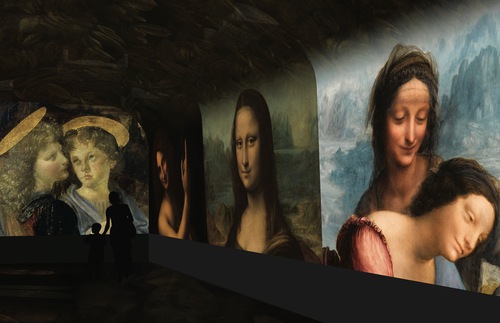 Nearby, at the Château d’Amboise, built by Charles VIII in an Italian Renaissance style that's unusual for the region, two new garden routes with explanatory signage (pictured at the top of this page) are being put into place for visitors.

One trail highlights international plants, which include species from Argentina, Japan, the Balearic Islands, and elsewhere. The second trail will be ornithological, guiding visitors to spot and understand the many birds and nests in these famous green places, which have been designated with the national honor of  "Remarkable Garden" by the French government.

I should mention that this second chateau also has a da Vinci connection: He died in and was buried at this once-royal residence. Many stop by to pay their respects at the artist’s tomb.

The Château de Cheverny has long been a favorite of visitors thanks to its wildly diverse attractions. Not only is there a museum devoted to the Belgian comic book series Tintin, but there's also a kennel that is home to over 100 pedigreed Anglo-French hounds. Still owned by the same family that built it in 1634, this chateau is an ornate, antique-filled beauty, both inside and out.

But the outdoor spaces are about to get even more pulchritudinous thanks to a new Sugar Garden (Jardin Sucré). It will soon have 2.5 acres of some 375 fruit trees, including pear, fig, apple, plum, and quince. The aroma should be heavenly. It’s hoped that the planting will be accomplished by the beginning of summer 2021.

You’d be forgiven if you didn’t know that France, like Italy, has lake regions—several, in fact. This one, south of the Loire Valley, is more rustic than, say, Italy's Lake Como. France's Brenne reserve spans around 450,000 acres and 3,000 lakes (one of which is shown below). Interestingly, many of the lakes were actually engineered by monks for fish farming in the Middle Ages.

In 2021, to help visitors get nearer to the area’s butterflies, marshes, frogs, dragonflies, turtles, birds, and plants, a new water-level walkway is being built. It will be called La passerelle de l'étang de Valmicky and reaches some 110 meters (360 feet), attaching to a hiking trail that runs another half mile. Both are expected to open in late March. The official website for the park is written in French. 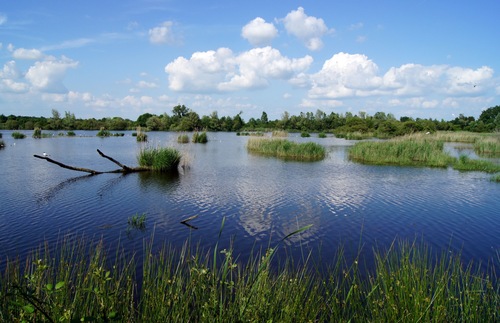 For more inspiring info and images of the Loire Valley, check out our feature on its most magnificent chateaux.