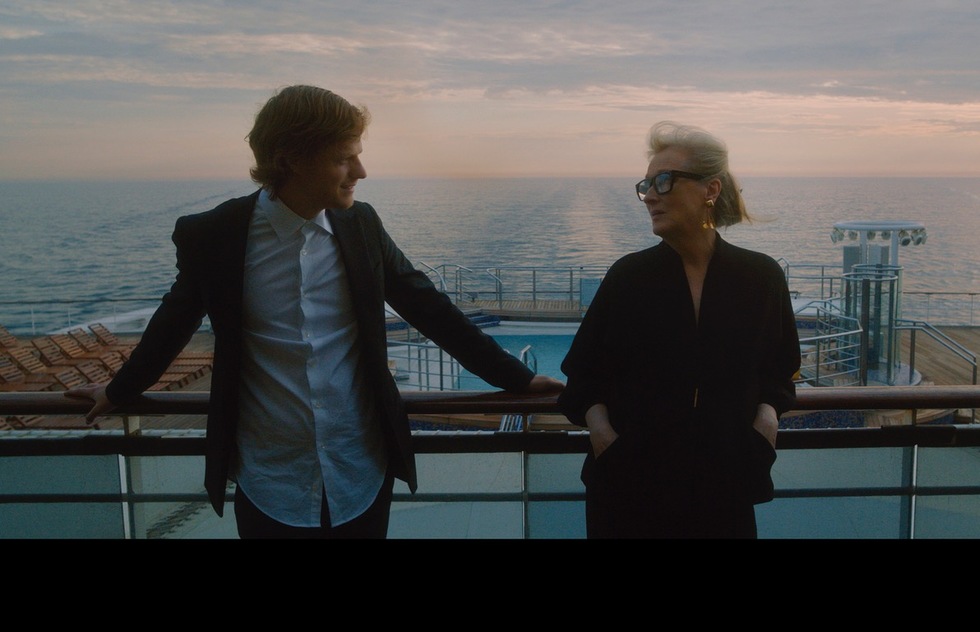 When movies and TV shows are set on cruise ships and ocean liners, the results are usually a dubious representation of reality. If you only went by what you see on the screen, you'd think passengers always become best pals with the senior officers (The Love Boat), or that the high seas are known for stowaways (the Marx Brothers' Monkey Business), con artists (The Lady Eve), suicidal hijackers (Speed 2: Cruise Control), and a total defiance of the laws of physics (The Poseidon Adventure).

Just as often, a cruise-set production feels like the cast and crew merely wanted an excuse for a free vacation. (Can we just forget about when Transparent did it, please?)

In nearly every instance, watching cruising on the screen is awkward enough to make you want to head for the lifeboats.

Let Them All Talk, from the ever-experimental director Steven Soderbergh, departs from the norm. The film, which premiered this week on HBO Max, looks and feels like a trip on an ocean liner because it was actually shot on one. Cunard's Queen Mary 2 hosted the production during a regular sailing that departed New York City for a transatlantic crossing on August 18, 2019. No special sets were built, and the background cast is comprised of regular passengers and crew.

Working from an outline by short fiction master Deborah Eisenberg, Soderbergh and his skeleton crew shot in natural light with nearly no equipment over the course of a normal voyage. The cast, which includes Meryl Streep, Candice Bergen, Dianne Wiest, Lucas Hedges, and Gemma Chan, improvised their dialogue.

It's a testament to the skill of the performers and the nimbleness of the crew that they were able to shoot so much in such a short amount of time—but the obvious lack of shipwide announcements, the thinner-than-usual crowds, and the characters' reservations in the QM2's exclusive first class, known as the Queens Grill, had to have helped.

A transatlantic voyage on the Queen Mary 2 is one of my favorite trips, and I've been lucky enough to take it twice. Traveling by ocean liner, as opposed to mass-market cruising, is a specific (or perhaps the word is bygone) mode of crossing the sea. Liners are built to slice through waves, while cruise ships are built for calmer waters. Liners are all about reaching a distant destination in comfort and style, while cruise ships are about nonstop amusements and jangling, jukebox diversions.

Although other movies have been shot on active ships, the overexertions of bad screenwriters and tasteless producers have given us very few pop culture artifacts to hold up and say, "This is what traveling on a modern ocean liner is like."

First of all, the characters have a dramaturgic reason to be aboard together—a rarity in shipboard scripts. But the rest of the details are also captured: the QM2's subdued atmosphere, the dressing for dinner, the age and intellectual inclinations of the clientele, the leisurely visits to the ship's library, and, most of all, the civilized ritual of relaxation and rendezvous that each passenger quickly develops over the weeklong crossing.

You also see that the ship is remarkably stable. Many would-be vacationers have told me the one thing that keeps them from booking a crossing is they're afraid of being tossed around by waves in the mid-Atlantic. As this movie shows, that doesn't happen—at least not on this summer departure, and not on the two I've taken. 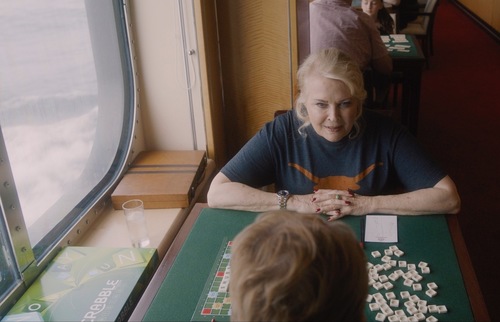 (Candice Bergen in Let them All Talk on HBO Max)

When the passengers go on deck as the QM2's towering funnel nearly scrapes the underside of New York's Verrazzano-Narrows Bridge, the moment goes unremarked in the dialogue, but it is in fact a group event that happens on every sailing out of Brooklyn Terminal.

Let Them All Talk even captures the inevitable conversations all passengers seem to have about how one is supposed to call the vessel a "ship," not a boat. And although the producers had the obvious participation of Cunard Line for filming (the company receives a special thanks in the credits), not once does one character turn to another to spout contractually required gush like, "You know, it's true that Cunard is the most luxurious cruise experience on the market today."

In the film, the staff has clearly been instructed not to talk while serving the characters, but otherwise the journey speaks for itself.

My favorite part is probably the 3-minute, dialogue-free montage of the characters going through the mundanities of the check-in process—ticket queue area, passport check, luggage carts. That depiction of the glorious anticipation of departure is something all passengers know and love. It may have been included for scene-setting or perhaps it was payback to Cunard for hosting, but the sequence feels natural nonetheless. It looks like the reality, although with fewer people. 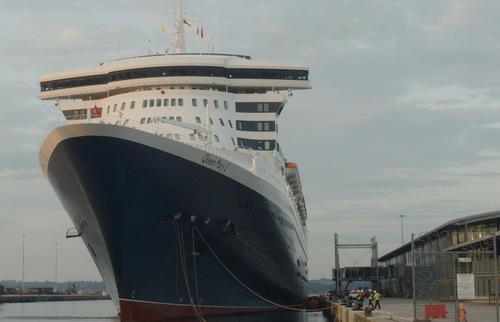 • What is a Transatlantic Crossing on the Queen Mary 2 Like? Our Readers' Questions Answered (2013)