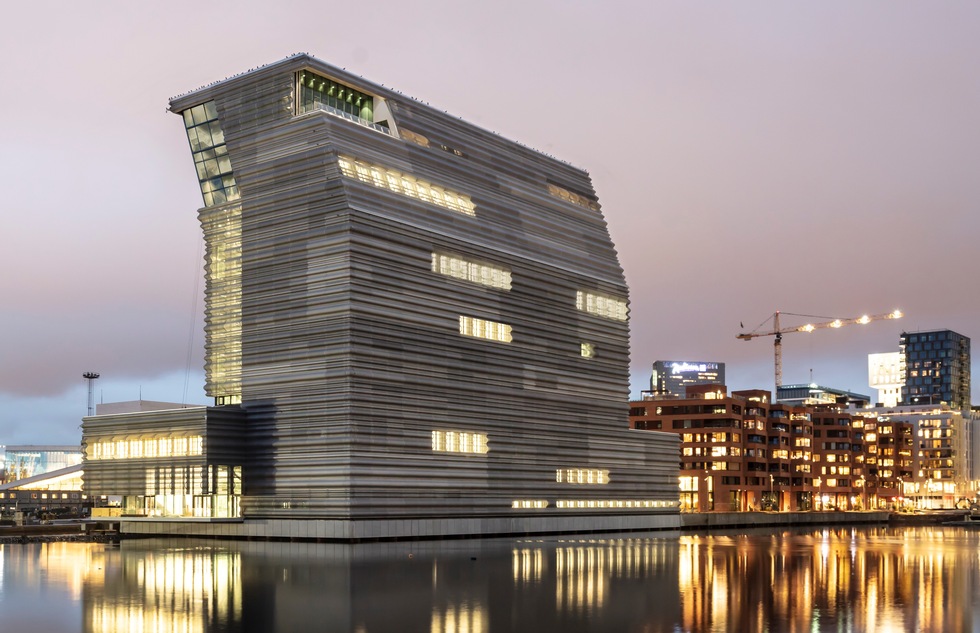 Norway, the country that gave the world The Scream, Edvard Munch's iconic representation of existential anguish, was the eighth happiest place on earth in 2020, according to a recently released Gallup study.

I can think of at least one reason Norwegians have to be in a good mood: the capital city's all-out embrace of art and cutting-edge architecture.

By the end of next year, three new world-class cultural institutions will have opened in Oslo to delight not only those in Norway but visitors as well.

Munch is at the center of all this activity.

When the artist died in 1944 (his self-portrait is below), he left his works, documents, and personal effects to the Norwegian government. But the official Munch museum that opened in Oslo's residential Tøyen area in 1963 was, to put it kindly, inadequate. Only a fraction of what the artist bequeathed could be shown, and there were evidently security lapses because The Scream was stolen in 2004 (the work was later recovered). 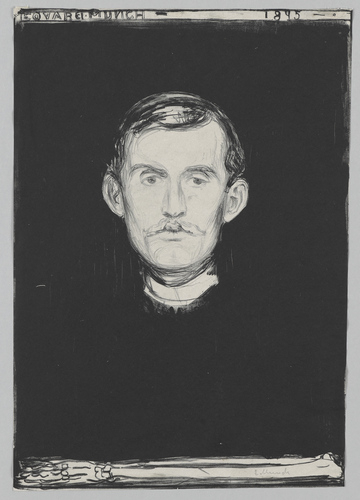 The new Munch Museum will be one of the largest in the world dedicated to a single artist. The building's 13 floors have more than enough room to house 20,000 of the artist's works, of which about 200 will be on display at a time, along with contemporary art exhibits.

One piece that will always be on view will of course be The Scream—or, to be more accurate, one version of the painting. The artist created several interpretations in different media: two oil paintings, two tempera paintings, two pastel drawings, and a lithograph that was probably printed about 30 times (one in the museum's collection was hand-colored by Munch).

Because Munch was fond of painting on cardboard and used low-quality paints, curators periodically swap in different Screams to aid in preservation. The museum's website has an interesting article about what staff members are doing to keep The Scream from fading.

The museum building itself is also a work of art and a feat of engineering.

Thanks to the design, the building's carbon footprint is half that of other structures of the same size.

The museum's impressive tower (pictured at the top of this post) is set right on Oslo's waterfront and purposefully leans inward to the city, recalling a new arrival bowing at a ball.

The museum is scheduled to make its debut in the autumn. 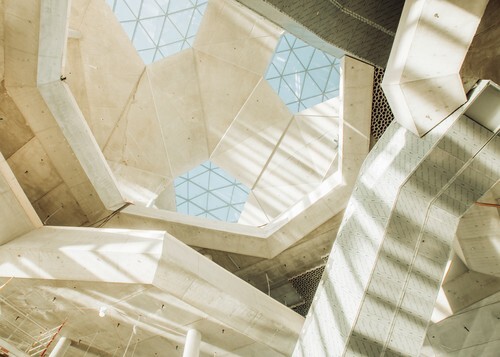 The interior resembles a whitewashed canyon, lit by a skylight and filled with escalators, windows, and balconies angled every which way, creating a from-nature feel.

Along with having the usual bookshelves, desks, and computer banks, the library will double as a community center, thanks to a state-of-the-art auditorium/cinema, radio studios, and onsite restaurant and cafe.

Tourists probably won't be borrowing any of the 400,000 books, films, and music recordings kept here, but it's worth stopping in to see the views from the top floor, encompassing the waterfront and all those contented Norwegians going about their daily lives.

On the horizon in Oslo: another vision of contemporary architecture, this time for Norway's National Museum.

When it's completed in 2022, the new structure will double the amount of exhibition space the institution previously had, making it the largest museum in Scandinavia.

The showpiece of the interior is the enormous Light Hall. It was crafted from "marble glass," a thin layer of marble wedged between two sheets of glass. The result should have a dazzling glow reminiscent of alabaster.

The museum will also have a restaurant, several cafes, and an inviting rooftop overlooking the city.