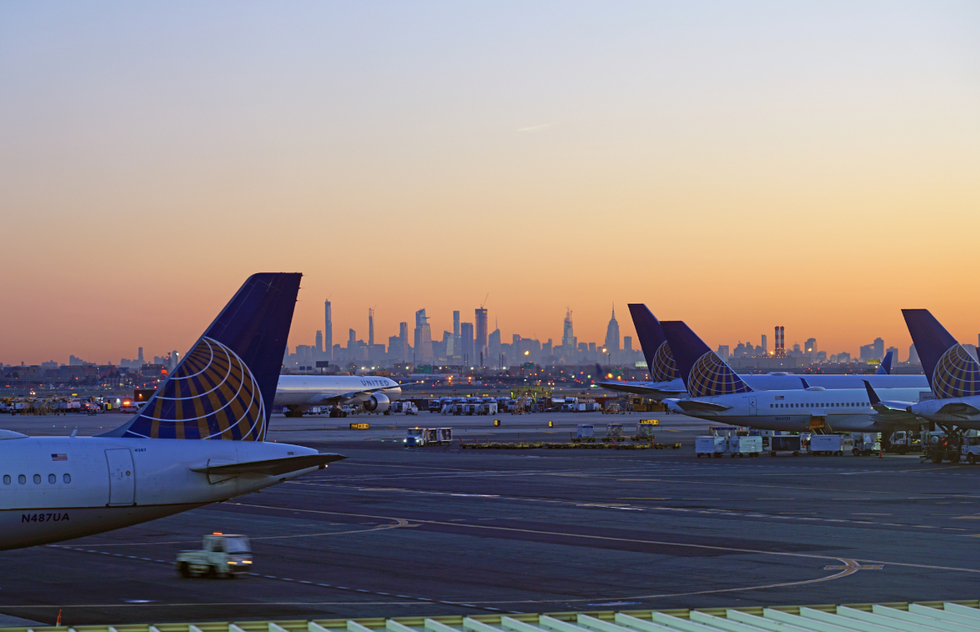 Newark is no longer in New York.

Geographically, of course, the New Jersey city never was. But Newark Liberty International Airport (EWR) is so close to New York City—closer, in fact, than the Queens-based John F. Kennedy International Airport (JFK) is to some parts of Manhattan—that Newark has previously been lumped in with JFK and LaGuardia Airport (LGA) under the same multi-airport city code of NYC (not to be confused with each airport's separate three-letter code).

It's kind of like how the New York Jets and the New York Giants of the NFL actually play their home games in New Jersey. Or how the cast of The Real Housewives of New York City has spent at least half of the series outside city limits, terrorizing the Hamptons, the Berkshires, and various tropical islands.

On Monday, October 3, however, the Newark airport becomes a spin-off.

The International Air Transport Association (IATA), the airline trade group that decides these things, is reclassifying Newark as a stand-alone airport city. That makes it a distinct destination that only has one major commercial airport, rather than part of a multi-airport city, leaving JFK and LaGuardia as the only official NYC airports.

News of the impending change became public knowledge earlier this month when a memo on the matter from German airline Lufthansa began making the rounds on social media. Without providing convincing justification for the tweak to its standards, IATA has confirmed the accuracy of the memo to Travel + Leisure.

NYC will not include EWR
CC @WandrMe @AirlineFlyer @crankyflier pic.twitter.com/phhehWQpKJ

Why should you care about this seemingly minor alteration in airport taxonomy?

Because, according to the Lufthansa memo, Newark will now have its own pricing structure for airfares that's distinct from that of JFK and LaGuardia.

"The primary way this change could impact travelers is by limiting their options to freely change flights," Scott's Cheap Flights founder Scott Keyes told Travel + Leisure. "Currently, many airlines allow travelers to switch flights within a city code—say, from arriving in JFK to arriving in LGA—without a penalty. Removing EWR from the NYC city code could restrict that option for many passengers."

Sure enough, the Lufthansa memo suggests those sorts of adjustments involving Newark may require repricing starting next month.

A differing price structure could conceivably mean that flying into New Jersey could become a cheaper or more expensive option than landing at JFK or LaGuardia. But in any case, adjusting your point of arrival or departure among the three is likely to become more of a headache.

Strangely enough, IATA has reportedly confirmed that online searches for plane tickets for New York City will continue to show results for flights to and from Newark.

Doesn't that sort of contradict the argument that the airport no longer belongs to a city that's so close you can see it from Newark's runways?