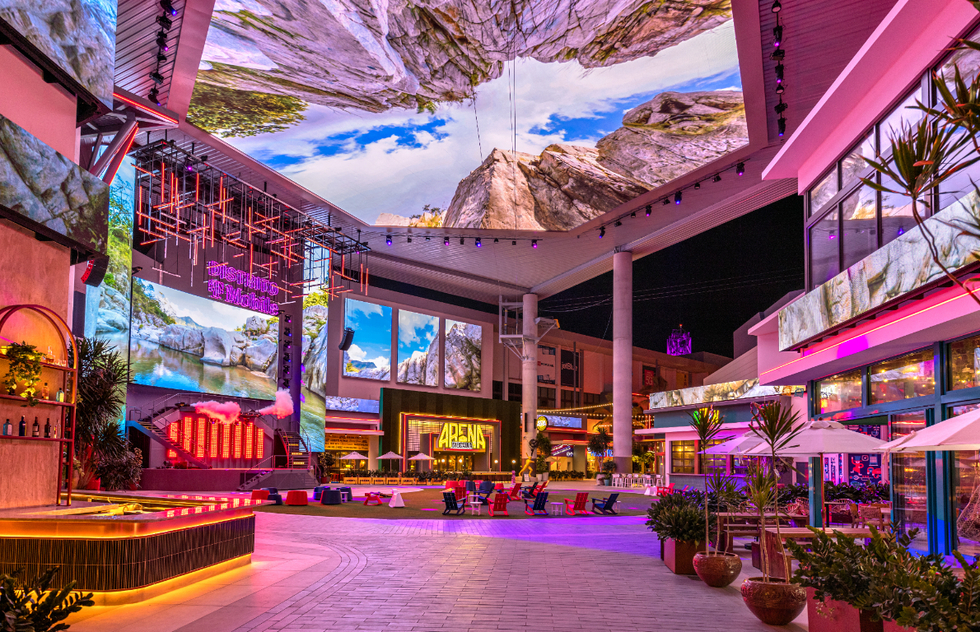 If you're the type of traveler who likes to explore local culture, the idea of a multimillion-dollar, "multisensory," "tech-first" entertainment complex with a corporate sponsor in its name probably makes your blood run cold.

But the newly completed Distrito T-Mobile, a dining-and-entertainment venue in San Juan, Puerto Rico, is more than a soulless exercise in branded consumerism.

Don't get us wrong: There's plenty of commerce on the premises. Stretching across five busy acres, the complex encompasses a dozen dining spots, a 5,000-seat hall for live performances, a ScreenX movie theater with wraparound sound and projection, the Caribbean's first Aloft Hotel, and a family fun center with a ropes course, zip line, and arcade.

The project, which has been years in the making (thanks for nothing, Hurricane Maria and Hurricane Covid), finished the last stage of its phased opening in August, bringing a jolt of excitement to San Juan's Convention Center District.

Distrito T-Mobile is easily among the slickest properties in town, with, for instance, a whopping 14,500 square feet of LED screens lighting up the central courtyard, Popular Plaza (pictured above), with swirling colors, artful videos of the island's scenery and people, and the occasional ad (you won't forget that T-Mobile and Coca-Cola are sponsors).

As we've come to expect from new entertainment districts like this (and cruise ships and theme parks and pop-up museums dedicated to Pogs or whatever), the site's promotional materials throw around the word "immersive" a lot and refer to restaurants as "gastronomic concepts."

But marketing aside, San Juan's new addition stands out, not only for its whiz-bang offerings but also for the thoughtful ways developers have tried to incorporate Puerto Rican music, art, food, and pop culture wherever possible.

The restaurants and bars, which center on the plaza at the heart of the complex, are distinctive—there's not a chain outpost in the bunch. They're decorated with eye-catching murals and installations created by local artists, and there are small stages in several locations for live music. 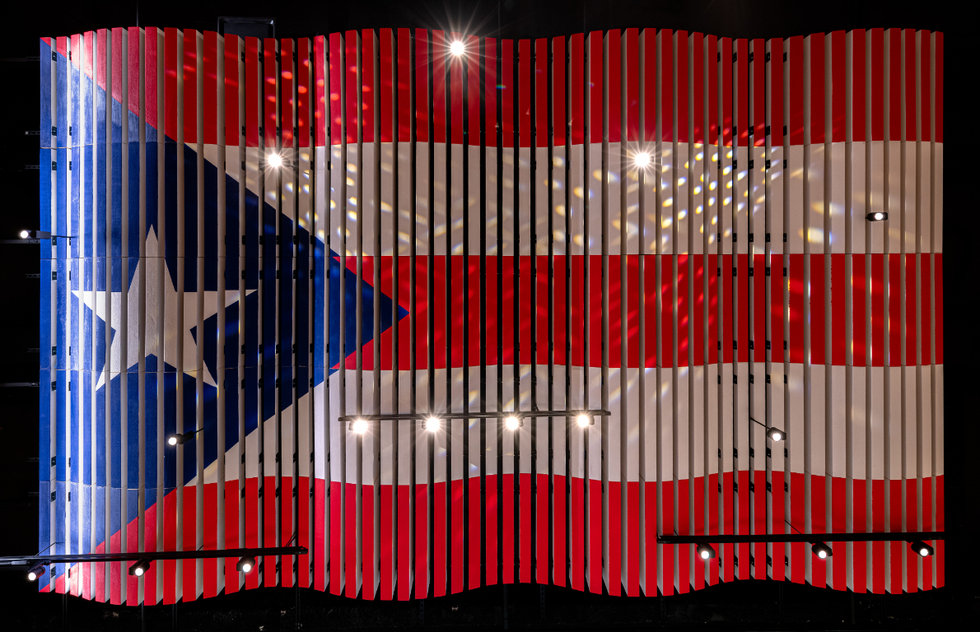 Even the bi-level sports bar, Arena Medalla, showcases huge portraits of notable Puerto Rican athletes amid the obligatory TV screens and games, including classic arcade consoles as well as both kinds of pong—ping and beer. 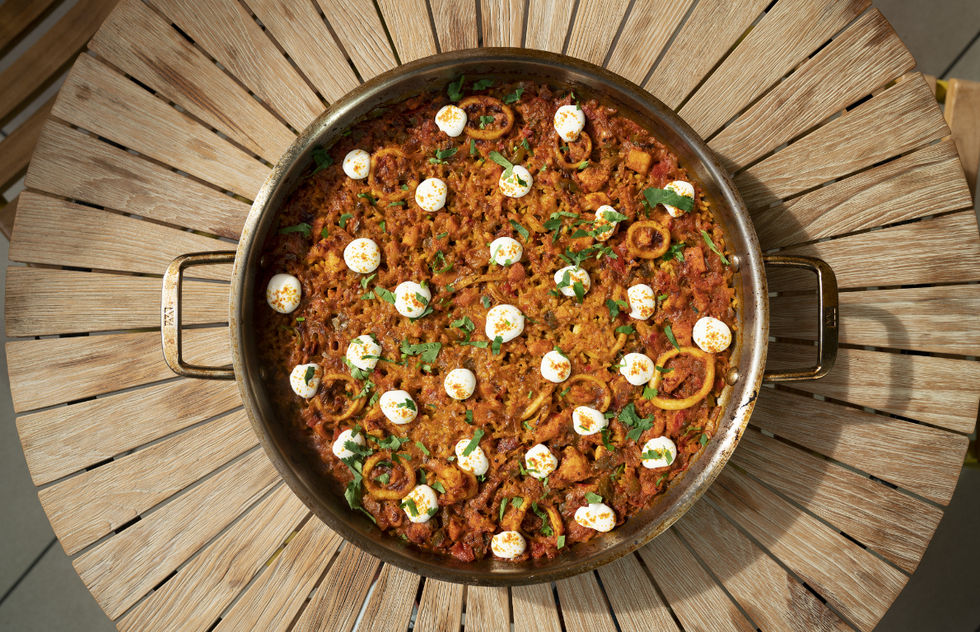 The cocktail list is of course rum-centric as well. Try the smoky ron y tabaco made with tobacco-flavored syrup. 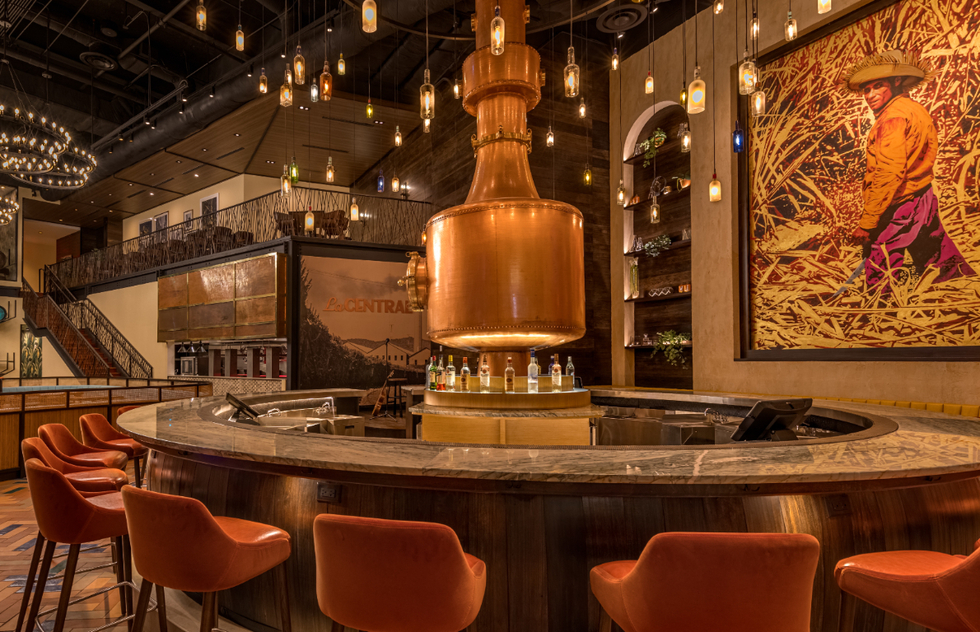 Most of the restaurants at Distrito T-Mobile have to-go offerings as well, inviting visitors to grab a drink or a nosh and linger in the plaza, snap some pics of the artwork for Instagram, and watch the zip-liners soaring overhead.

Not a bad way to spend an evening away from the resort.