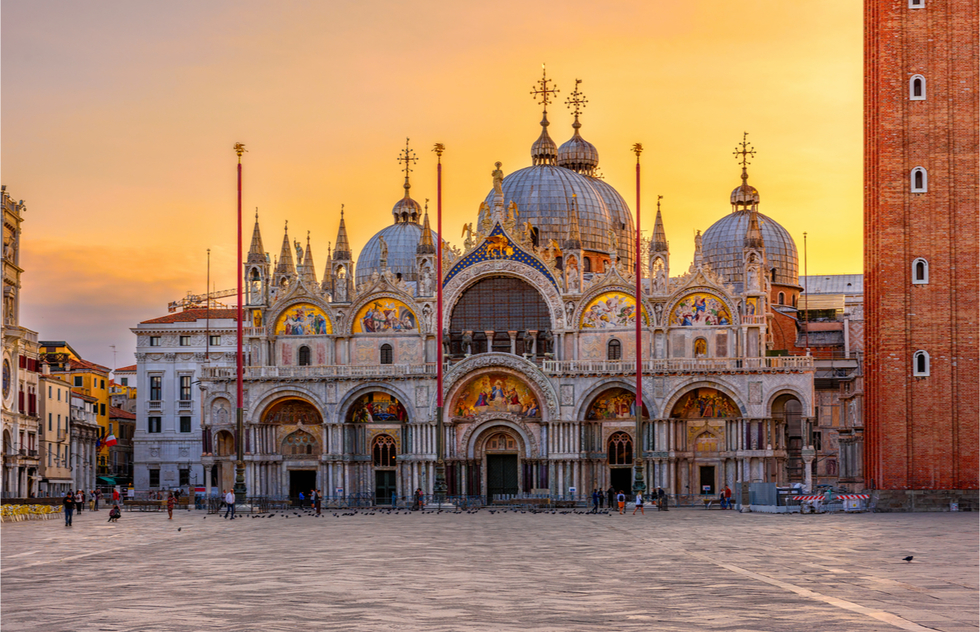 The city's MOSE Project (the name is an acronym of the Italian initials for "Experimental Electromechanical Module") is a system of mobile gates designed to protect the Venetian Lagoon from flooding.

But the project had devolved into a major political scandal. Nine years late, €4 billion over budget, and with countless corruption allegations, the gates were called into question by both the public and many experts who doubted whether the system would ever actually work.

And then, on Saturday, October 3, all the naysayers were proven wrong.

A forecast for heavy rain and high winds in Venice had city officials scrambling. Raised walkways were erected in lower-lying areas such as St. Mark's Square (pictured above), and, for the very first time, the MOSE flood barrier system was activated.

The 78 remote-controlled yellow gates that live at the bottom of the sea were inflated with air so that they could rise and create a temporary wall to stop high tides from entering the lagoon. From all accounts, the system worked as planned.

"Today, everything is dry," exulted Mayor Luigi Brugnaro to Reuters during a celebration with the project's engineers. "We stopped the sea."

Venice has always been defined by its relationship with the water. The Veneti people (an ancient Celtic tribe) founded the settlement on mud flat islands in the 5th century as a defensive move. They used the surrounding lagoon as a natural moat to protect against invaders.

By the 1300s, Venice had grown into one of the world's great seafaring powers. Much of its priceless art and architecture dates from the era when Venice ruled the high seas.

Given the setting, floods have always been a problem. But their intensity and frequency have increased dramatically over the years.

Between 1875 and 1951, there were just 34 acqua alta events, as high-water episodes are known. Thanks to rising seas, sinking land, climate change, and a misguided decision in the 1960s to dredge the lagoon to allow tankers, the city has been hit with 34 more between 2014 and 2018 alone.

In 2019, the city experienced its second-worst flooding on record, with 85% of the city damaged.

There are still deep concerns about the MOSE project. Environmentalists worry that the gates will have to be used so often they'll end up turning Venice into a sewer, blocking the flow out to sea that keeps waterways cleaner than they would otherwise be.

But for now at least (and at last), there's some hope that Venice may avoid going the way of Atlantis.