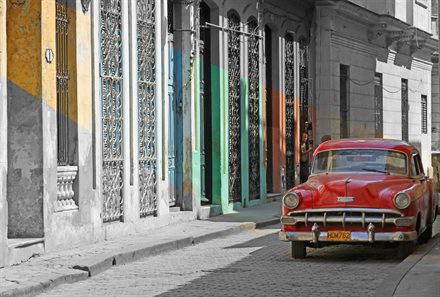 As we move into 2015, a number of important travel issues seem unresolved and the subject of fierce controversy. Since both travelers and legislators are being asked to resolve these controversial questions, it may be important to bring them into the open, and to initiate discussion of them.

(1)  Will Uber survive?  The increasingly-well-known car-sharing service known as Uber (the other major one being Lyft) is currently under fierce attack from organized taxi drivers and their political allies. Uber is the network of drivers owning their own cars, who respond to e-mailed messages asking them to pick up a passenger waiting for a ride at a specific location. Taxi drivers regard Uber as an unregulated (and therefore unsafe) competitor, and have called strikes or launched public relations campaigns to shut Uber down. These efforts have proved successful in a number of areas ranging from France (where Uber has been forced out of business) to Las Vegas (where the same has happened). And yet Uber survives in such important locations as New York City, where it is increasingly used.  Since Uber is financially well-able to fight back, a battle royal is expected throughout 2015. Will it survive? Should it survive?

(2)  Will Airbnb.com survive? Attorneys General in several states have openly declared that Airbnb.com is removing apartments from the housing stock available in major cities, and thus depriving residents of the low-cost rentals they need. (Airbnb.com is the service that enables travelers to substitute low-cost stays in apartments in place of hotels, and therefore has provoked fierce enmity from the hotel industry). In many locations, according to claims by government officials, unscrupulous operators have transformed whole apartment houses into unregulated and therefore unsafe "hotels", all assisted by the work of Airbnb. You can expect prosecutions resulting from such claims, and efforts to shut Airbnb down.

(3)  Will the airlines provoke efforts to subject them to re-regulation, based on their failure to pass along to passengers the savings such carriers enjoy from the sharp drop in fuel prices. When the cost of aviation fuel skyrocketed in past years, airlines said they were forced to raise their rates. Yet when the price of fuel plummeted in recent months, not a single airlines passed on the savings to the public. One influential U.S. senator has called for a federal investigation (and possible re-regulation of the carriers, at least in part).

(4)  Will Congress permit the executive branch of government to weaken the prohibition against travel to Cuba? Though President Obama has announced the resumption of diplomatic relations with Cuba, and hinted that the embargo against travel to Cuba will be substantially cut back, enabling mass-volume travel there by Americans, several U.S. senators from both parties have indicated they will fight this development through legislative action barring the administration from taking such steps. Thus, for example, Senator Graham of South Carolina has threatened to eliminate funding for the operation of a
U.S. Embassy in Havana. Will Cuba emerge from its isolation?  Will Americans be able to freely travel there? A fierce battle is expected in the year to come.