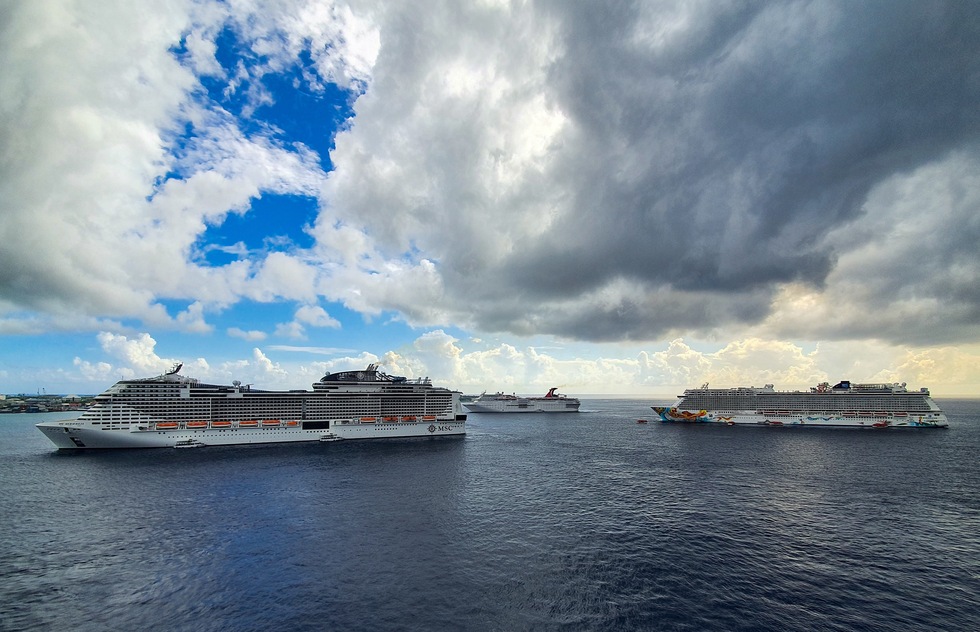 As Covid-19 recedes, vacationers may see major shifts in cruise itineraries. Citizens in major ports of call have tasted life without the presence of big cruise ships—and some destinations are deciding they prefer things that way.

First, it was Key West, Florida, a mainstay of affordable Western Caribbean cruises. For years, locals have been complaining that cruise ship traffic hasn't provided much of a boon to most businesses, and in last November's election, residents voted by a comfortable margin to forbid ships carrying more than 1,300 passengers to dock in the city's Old Town.

Then the opposition to massive vessels in Venice, Italy, hardened. Activists there had been trying for years to exclude big ships from the ancient city's most delicate canals. When Covid-19 docked all cruise ships worldwide, locals seized the moment to point to how peaceful life could be without cruises.

As the debate raged, MSC and Costa both dropped Venice from their 2020 offerings, and Royal Caribbean announced that when cruising returns, its ships will stop instead at Ravenna, about 90 miles south. Passengers will reach Venice by bus.

Now, the Cayman Islands in the Caribbean is the latest place to realize that it's not itching to welcome cruise ships back. In Before Times, the harbor at Grand Cayman might be clogged with major ships (as seen in the photo above). But in January 2021, Premier Alden McLaughlin said in a press briefing, “I don’t see cruise tourism resuming . . . on any sort of significant level before next year. . . . The cruise ship business is not really within our contemplation at this stage.”

Most ports worldwide still retain bans on cruise ships out of coronavirus fears, giving residents and local officials more time to reassess just how intense they want their engagement with the industry to be in the future.

The Seychelles, in the Indian Ocean, and Guernsey in the U.K. Channel Islands have already decided to ban cruise ships until 2022, even as their tourism industries lay plans to reopen through other avenues.

The longer the uncertainty of Covid-19 is drawn out, the more time smaller port towns have to reassess just what cruise ships add to—or detract from—local life.

The cruise industry has always meant big money—but often, it only flows to a select few. In many of the places where battles are forming, the lines are being drawn between small business owners, who feel they can thrive without the ships, and moneyed politicians, who want to make lucrative deals with cruise companies and their chosen vendors.

In Florida, Republican legislators are trying to claim the right to control Key West's port for themselves instead of letting locals decide. In Venice, residents are appealing to the Italian prime minister, who appears to be siding, for now at least, with the cruise companies as he works toward compromise.

A shakeup of available ports would affect regions differently. In the Caribbean, there are enough alternate ports and private, cruise company–owned islands to fill blank spaces in itineraries. Besides, replacing a port call with a day spent at sea in a warm-weather spot wouldn't deter most vacationers, who are seeking sun anyway.

But in Europe, travelers use cruise ships as an easy way to visit iconic cities that can't be easily substituted. Cruise ship bans could introduce inconvenience and mayhem to vacations, forcing more ships into unappealing industrial ports and requiring passengers to spend more time traveling to landmarks via motor coach.

The final word hasn't been written in any of these places. Where will the big ships return with their hordes of vacationers, and where will they be forevermore kept at bay?