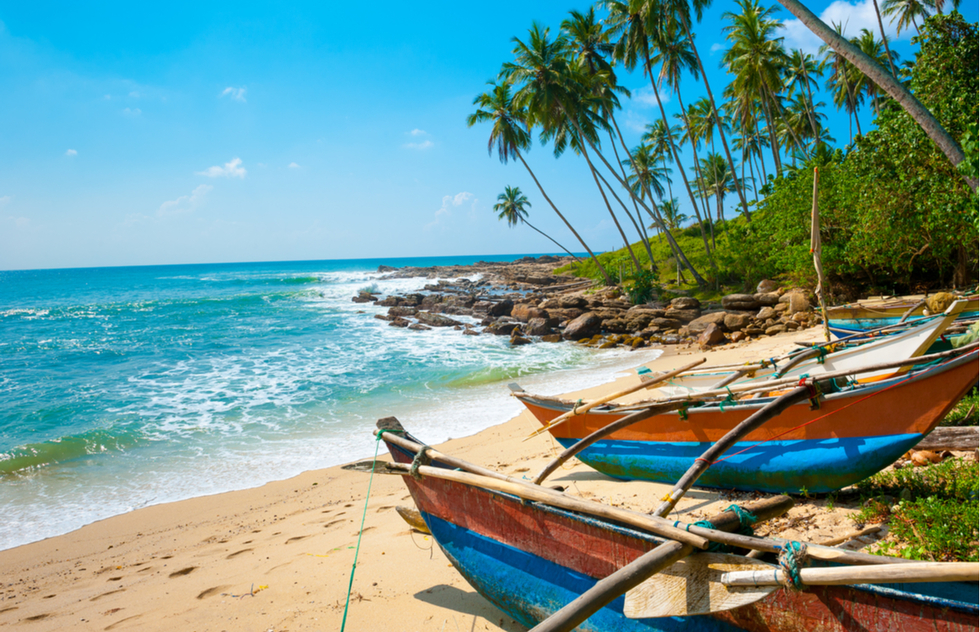 As of this writing, Sri Lanka, a country of 21.5 million people, has confirmed only 11 deaths from Covid-19.

Due to a rigorous testing, tracking, and quarantine program, the South Asian nation was ranked as having the ninth most effective response to the virus by the Global Response to Infectious Diseases (GRID) index. Sri Lanka tied with Hong Kong, the United Arab Emirates, Japan, and Taiwan. The top five were New Zealand, Singapore, Iceland, Australia, and Finland.

Evidently, Sria Lanka doesn't intend to sacrifice those successful results, no matter what that means for the tourism industry.

On Saturday, the Sri Lankan tourism ministry announced that the country will start allowing international tourists to return on August 1. But the number of hoops that visitors will have to jump through are legion.

• Multiple Covid-19 tests. The first test has to show negative results no earlier than 72 hours before boarding the plane. The second will be administered at the airport upon arrival. The third test will be taken by the visitor after 4 or 5 days in the country. Visitors who stay more than 10 days will be required to undergo yet another test.

• No use of public transportation

• Using only hotels that have been pre-vetted by the government.

• Quarantine of 14–21 days if any of the in-country tests yield a positive result. It should be noted that Sri Lanka has an unusually good and affordable health care system.

On the bright side, the government will make these measures reasonably easy to follow. The airport Covid-19 test will be free and will return results in 4 to 6 hours. The test that needs to be taken after four days in the country will be administered by a mobile testing unit at the guest's hotel. And all of the country's tourist sites and facilities are expected to be open by August 1, which is not a given in other destinations.

That latter point is important. There's an inherent value to visiting a country that is so safe that life has returned, for the most part, to normal.

It could be that Sri Lanka will be able to entice a more thoughtful type of traveler. Yes, most will come to experience Sri Lanka's idyllic beaches, feast on its super-spicy cuisine, and explore jungles, tea plantations, ancient historic sites, and Buddhist temples.

But a good percentage may choose the country simply for its stellar safety record—one not likely to get tarnished when Sri Lanka reopens to the world.