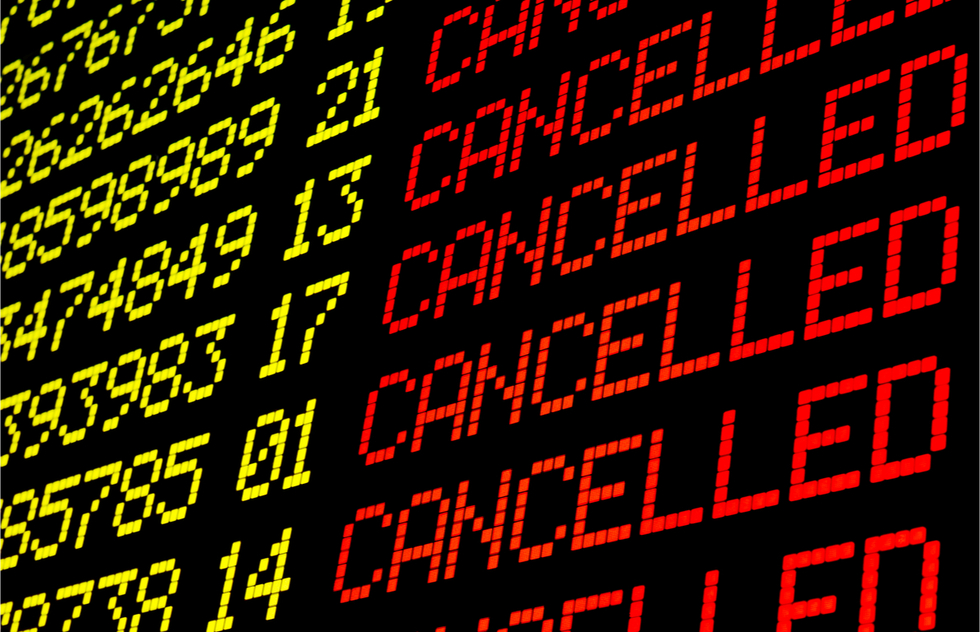 Americans may not realize it, but the pandemic has made airline schedules far less stable than they were.

Travelers now have a much higher chance of getting stuck with an itinerary they don't want, either because they can’t find a convenient one or because the flight they booked falls off the schedule.

Why? Although travel is on the upswing, volume is still terrible. In their recent fourth-quarter earnings reports, all of the major airlines set low expectations for the coming months. Compared to 2019's numbers, United Airlines told investors its capacity would be down 51%, Southwest predicted it will be off by 35%, Delta warned it would miss by 55%, and American Airlines said it will be down by 45%.

Those figures tell only a partial story.

Because of the drastic drop in business travel, income has plummeted even further. American Airlines, in that same report, estimated its revenue will be off by 65%.

The airlines have responded to decreased demand by flying smaller planes and scheduling them less frequently. So finding a convenient itinerary has become more challenging than it has been in years, especially from smaller cities, because that's where the initial service cuts were deepest.

Kurt Ebenhoch, the Executive Director of consumer advocacy organization Travel Fairness Now, told me airline schedules should be now read more as suggestions than as definite predictions of how trips will go.

"Early in my career, I worked as a spokesperson for three different airlines . . . and one of the most common comments I'd get from journalists was 'the airline is canceling flights because they couldn't fill them.' I'd always assure them that, no, that wasn't happening. And it wasn't," said Ebenhoch. "Today, that is most definitely happening."

Not only are the pandemic service cuts still in place, but more "are still being made after schedules are published," said Ebenhoch. "The schedules that are published are functioning almost as booking volume tests. Trips are still being removed [from the schedule] even after passengers have purchased tickets if the passenger volumes aren’t satisfactory for the airline."

Usually, once a flight is canceled, airlines approach booked passengers with alternative options. But because so many flights have been culled from schedules, those alternatives can be ridiculously inconvenient right now.

I'm talking afternoon flights that are being replaced with dawn departures, and direct flights being swapped for complex routing involving multiple connections. Passengers who thought they had booked a direct flight at their choice of time wind up arriving hours after they were initially promised.

It's difficult to predict which flights are most likely to be canceled—believe me, I tried, but the industry is in mayhem and patterns are hard to establish.

On most airline websites, passengers can consult a chart of available seats before purchasing, and if the flight looks severely undersold, they can take it as a red flag that the flight might be canceled. But not all passengers can predict problems this way.

Instead, they need to know that if they purchase a flight and the airline cancels it and tries to offer a substitute itinerary, the customer is not legally required to accept the new scheduling.

Whenever a flight is canceled by the airlines, according to Department of Transportation rules, the consumer is “entitled to a refund . . . regardless of the reason." (This differs from delays, which have different refund rules.)

"Before you accept the alternative, go to one of the independent websites like Kayak or Expedia and see what your other options are," recommends Ebenhoch. "Sometimes you'll be able to get a new flight from another airline at the same cost or less."

As with so much in life during our pandemic era, being flexible will be key.

Hopefully someday soon, I won't have to recommend twisting yourself into knots just to maintain your travel plans.