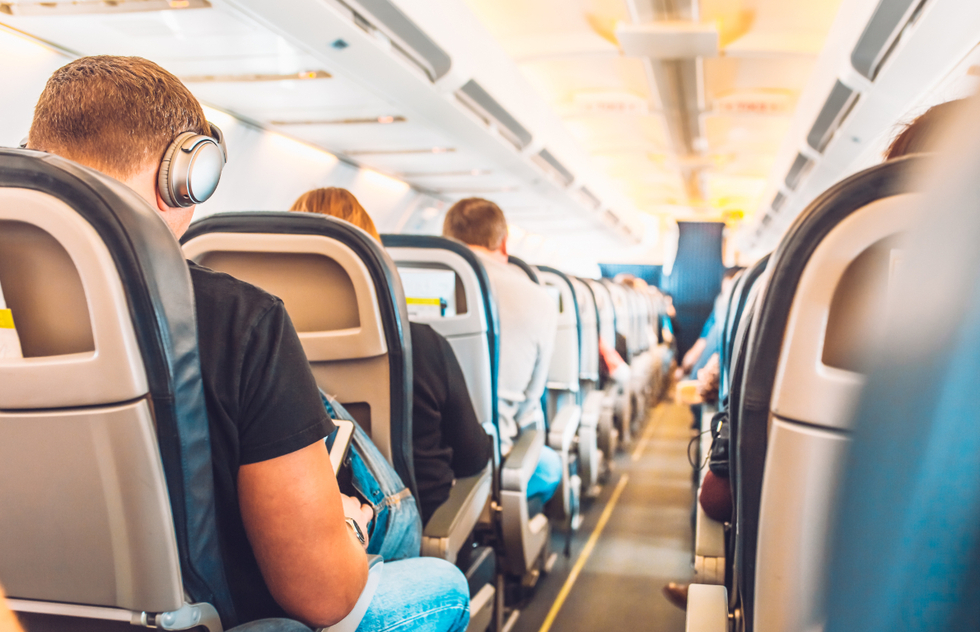 The FAA Wants Your Thoughts on Airplane Seat Sizes

If you think airplane seats are too small—and it's hard to imagine anyone this side of Smurf Village who wouldn't feel that way—the U.S. Federal Aviation Administration (FAA) would like to hear from you.

The transportation regulatory agency is seeking comments from the public relating to the safety of cramped cabins. Anyone can respond for 90 days after the request for recommendations is published in the Federal Register.

Airlines have been putting the squeeze (literally) on customers for years, making plane seats smaller and smaller in order to cram more passengers into the cabin.

Back in 2018, Congress, sensing a potential safety issue, ordered the FAA to stop the shrinkage by developing minimum dimensions for seats.

Whereupon the FAA . . . did very little.

The agency's rules still don't say anything about seat measurements, only that emergency simulations must demonstrate that the aircraft can be fully evacuated in 90 seconds.

Since receiving the congressional directive in 2018, the FAA has duly run a series of timed evacuation tests at a facility in Oklahoma City. The purpose of this exercise was to gather useful data, but the pretend passengers included no seniors, no people with disabilities, no kids, and no pets. Oh, and they weren't on an actual airplane.

Under these conditions, the FAA concluded that U.S. airlines' current cabin configurations do not impede evacuation progress for 99% of Americans. (Which still leaves more than 3 million people stuck in their seats, even before you include all the groups excluded from the tests.)

Out here in the real world, meanwhile, not only do all of the above demographic categories exist, but also, passengers of all kinds have grown larger even as the seats have shrunk.

At this point, FlyersRights.org, an advocacy group for airline passengers, reckons that only about 20% of the population can reasonably fit in airplane seats as they're typically configured nowadays.

According to USA Today, seat pitch—a term that refers to the distance from one point on a seat to the same point on the seat in front, thus giving an idea of the available legroom—is usually in the neighborhood of 30–32 inches in the economy cabin, though at least one budget carrier (yes, of course it's Spirit Airlines) has reduced the pitch to a knee-crushing 28 inches.

As for seat width, the standard these days is 17–18 inches. Go ahead and get out the tape measure to compare the size of your own behind.

It's not just a comfort issue. Getting wedged into a tight spot for several hours can have a negative effect on circulatory health and, in spite of what the FAA's inadequate testing showed, can almost certainly slow down evacuation in the case of an emergency, particularly for plus-size flyers, seniors, and travelers with disabilities.

So now's your chance to tell the government what you think.

Comments relating to airplane seat size can be made electronically at Regulations.gov, or you can correspond by mail at this address:

Be sure to identify the docket number, FAA-2022-1001, and limit the scope of your comments to how seat dimensions affect safety, not comfort or convenience. Include any technical data you have to bolster your argument.

At the end of the public comment period, the FAA will continue reviewing the matter to determine whether new regulations are necessary.