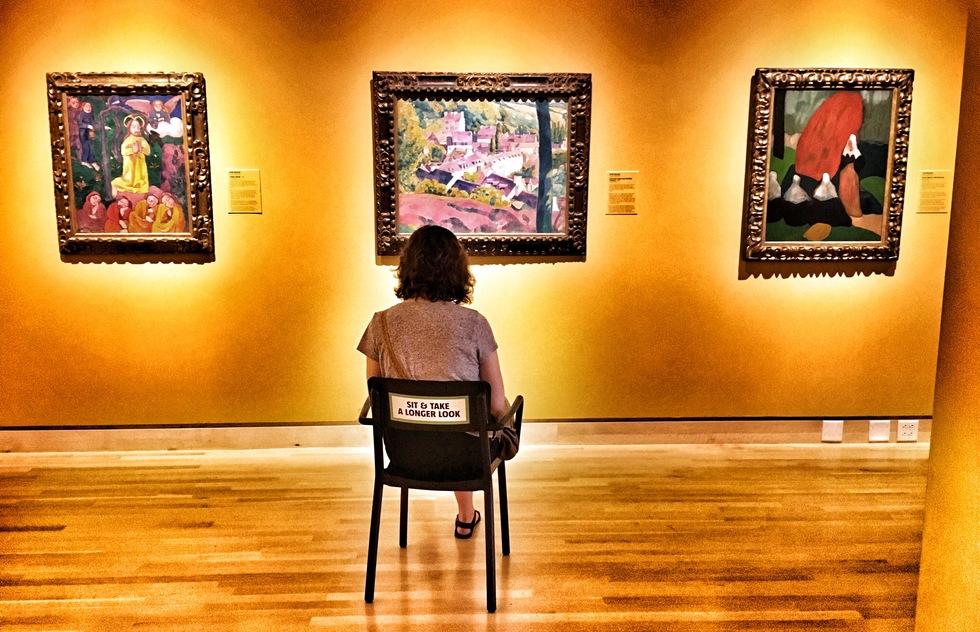 The Game-Changing Museums of Indianapolis

Indianapolis is reinventing the museum. As dropping attendance and revenues plague museums across North America, Indy’s most storied institution, Newfields: A Place for Nature and the Arts—once known as the Indianapolis Museum of Art—has become the sixth-most-visited museum in the United States per capita.
Part of the reason for its success has to do with that name change. In 2017, curators decided to re-position the museum so that would-be visitors and non-art-lovers would realize there was far more to be done there than just staring at paintings.

Some 50 years ago, the Eli Lilly family donated their family manor and a 52-acre botanical garden to the museum. That historic donation makes up one part of the campus; the museum also owns an important mid-century modern home called Miller House and Gardens in nearby Columbus, Indiana; both homes are open for tours. So history buffs, hikers, gardeners, and outdoor enthusiasts have a reason to come to Newfields. So do suds lovers and families: The museum has a beer garden in summer, along with an amphitheater for (often) kid-friendly shows and movies and an artist-designed mini-golf course. (By the way, Newfields is a play on “Oldfields,” the name of the Lilly manor before it was donated.)
Key to the transformation though, are not these extras, or such populist bells and whistles as adding a giant blue plastic snail to the lobby and life-sized plastic penguin sculptures throughout (though they are darn cute).

It all comes down to the savvy curation going on here. The staff have done a bang-up job of making the art accessible to all. To that end, the wall text is exceptionally well-written, with lots of historic tidbits thrown in to leaven the art history. The galleries have many interactive elements and mashups that intrigue. In a “pointillist” art gallery (with a painting by Seurat, among other Impressionists), for example, is a table with eye-teasing displays that illustrate the scientific principles of this style of painting (it’s called the “Law of Simultaneous Contrast”).

In other galleries, contemporary works are mixed with older pieces to illustrate how artists have grappled with the same ideas throughout history (and that all art was once contemporary).

I especially appreciated the one-seater chairs that are plopped in front of certain works, each with the sign “Sit and Take a Look.”  They force the visitor to slow down and really spend time with the artwork in front of them—a process that undoubtedly leads to greater enjoyment for the viewer. Considering that there are works here by Rembrandt, Monet, Gauguin, Renoir, Watteau, Reynolds, and other masters, it is time well spent.
But another reason Newfields may be pulling in the crowds is that young people in this part of the country are being trained to take delight in museums. Not only does this relatively small city have a number of excellent history museums, but it’s also home to The Children’s Museum of Indianapolis, which may well be the finest institution of its kind in the United States.

A massive museum, it features actual dinosaur skeletons, hands-on geography exhibits (including one in which kids build their own life-sized Chinese Terra Cotta warriors), a poignant and effective section on the good children can do in the world (concentrating on the lives of Ryan White, Anne Frank, and Ruby Bridges), swell science exhibits, and, this being Indianapolis, a display on racecar driving, with info on engineering, safety, matchbox cars, and full-size replicas.

The museum’s outdoor space is just as innovative, dedicated to getting kids fit, with areas allowing them to try out a wide range of sports from golf to basketball to hockey and racecar driving.
Arts and Culture
Family & Kids
Local Experiences
Vacations