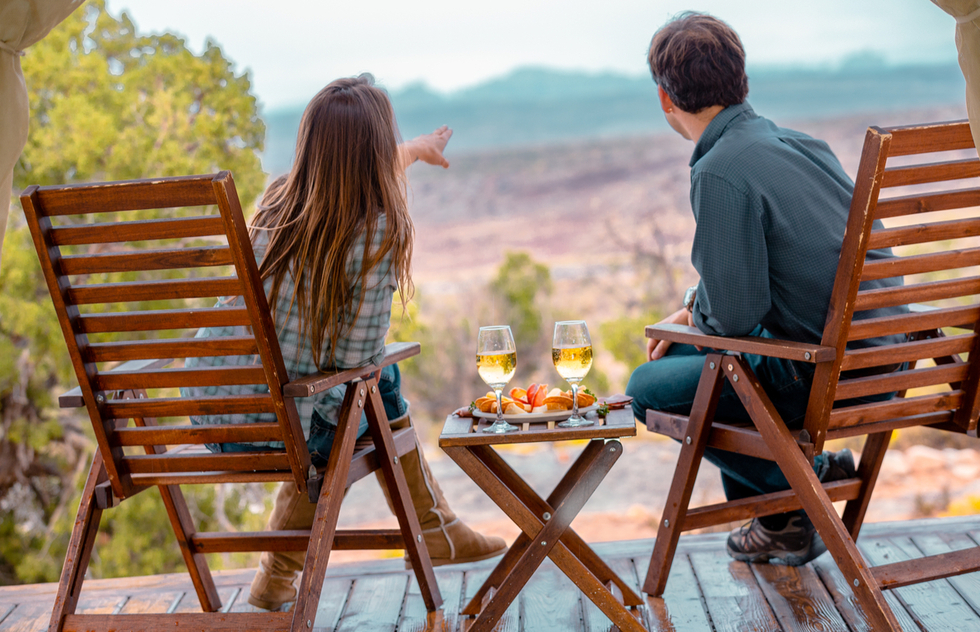 The Gentrification of Nature—and What to Do About It

America’s wide-open spaces should be open to all. But more and more, the great outdoors are becoming a playground for the rich.

But with access to overseas adventures still limited due to the pandemic, wealthy Americans have set their sights anew on rugged areas closer to home—and these travelers apparently have little interest in roughing it.

Recent trend pieces in the Wall Street Journal and the New York Times tell of no-frills mountain lodges and dude ranches transformed into upscale retreats with customized “equine experiences” (that means horseback riding), gourmet restaurants, and cabins decorated with rustic but not, like, rustic furnishings.

Not to be outdone, tour operators can take you on guided, artisanal cheese–stuffed cycling trips through Vermont for about $1,000 a day, or lead a weeklong winter safari at Yellowstone starting at—starting at!—$12,495.

Listen, if you have that kind of money to spend on watching bison trudge through blizzards, go right ahead. If the company you hire supports conservation efforts and local communities, you may even end up doing some good for the environment and economies that depend on tourism.

But while the superrich go about gentrifying nature, it’s worth considering who’s not getting equal access.

The fact is, people of color in the United States are three times more likely than white people to live in nature-deprived places, according to the Center for American Progress, and 70% of low-income communities have limited access to forests, streams, mountains, and other natural areas.

Further, the American Hiking Society points out that historic and still-standing barriers have kept BIPOC vacationers from feeling safe and welcome on trails and public lands, from being included in conservation efforts, and from being represented in leadership roles as park rangers, guides, outfitters, and staffers at industry brands.

For historical perspective, it's important to remember that the National Park Service (NPS), for all its talk of preserving the country's natural wonders for all Americans, once adhered to Jim Crow segregation laws in parks, such as Virginia's Shenandoah, located in states that enforced those racist measures—even though the NPS, as a federal agency, could have established integrated facilities instead.

That shameful legacy helped create the perception that the outdoors aren't for people of color, and the notion remains prevalent decades later.

What's more, the mistreatment of racial minorities in rural areas throughout the U.S. has made people of color understandably reluctant to head into the woods for fear of an unfriendly or, worse, violent welcome—likely another contributing factor to the overwhelming whiteness of the National Park Service's visitation numbers.

A good place to start repairing the damage is with kids from underserved and marginalized communities. If we introduce children at an early age to the mind-, body-, and soul-nourishing effects of nature, they can develop a passion for the outdoors that carries into the rest of their lives.

The national Every Kid Outdoors program already makes it possible for fourth graders and their families to visit national parks and other federally protected lands for free. But why limit the initiative to 9-year-olds?

The Sierra Club advocates for expanding free national park entry for all students from pre-K through 12th grade, and the nonprofit urges state legislators to follow in the footsteps of Maryland, Nevada, and other states to establish similar free-entry programs for youth at state and regional parks as well.

Making all nature reserves free for low-income families would be a positive step toward equal access to public lands, but that won’t bring diversity to the outdoors on its own.

It's up to those who manage public lands, along with tour operators and outfitters, to do a better job of diversifying hiring and outreach.

The rest of us can advocate for change and support the work of nature clubs and organizations such as Outdoor Afro, Latino Outdoors, Outdoor Asian, Disabled Hikers, and many others that have sprung up to provide meetups, excursions, and resources for hikers, campers, climbers, rafters, and spelunkers of color as well as people with disabilities and other traditionally underserved groups. The American Hiking Society maintains a frequently updated online directory of noteworthy clubs and organizations.

Even if you’re not in the target demographic, you can show your support with a donation or by finding other ways to get involved, from volunteering to at least giving a follow or two on social media.

For wilderness lovers of all backgrounds, closing the nature gap that exists in the U.S. depends on whether we’re dedicated to making the outdoors inclusive—or whether we’re okay with outside being another exclusive gated community for the white and the wealthy.