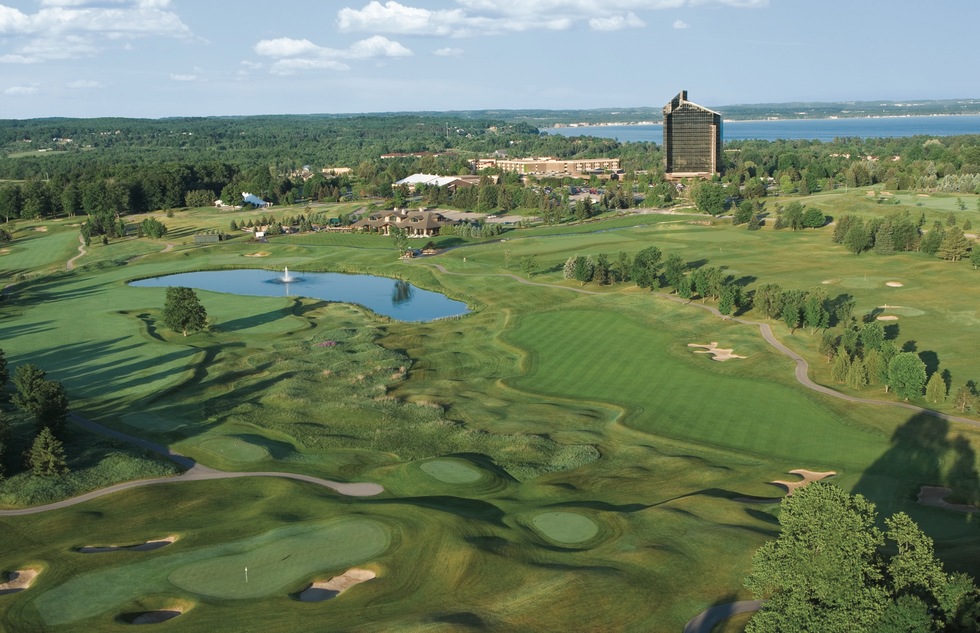 Add hotel manager to the list of jobs that have gotten exponentially more arduous since March.

Not only are hotels being tasked with keeping travelers safe under circumstances that would challenge an MIT epidemiologist, but most hotels are also scrambling just to stay in business, thanks to the sharp downturn in travel.

Recently, I had an unusually candid conversation with Matthew Bryant, the general manager of the Grand Traverse Resort and Spa near Traverse City, Michigan. Though it obviously reflects only the experience of one person, his take provides an honest and useful behind-the-scenes glimpse into how hotels are operating now, what was done before the pandemic, how guest behavior affects things, and how the U.S. government’s current policies complicate matters.

The Scope of the Task

All of those facilities have to be intensively sanitized nowadays—no small task.

The hotel remained open throughout the pandemic, housing essential workers such as doctors, nurses, and members of the U.S. National Guard in the spring. The resort reopened for golf in late May, and resumed accepting regular guests in June.

We started our discussion with the big picture. How had the most important part of Bryant's job—guest safety—changed in the last couple of weeks?

"We had to implement new standards," Bryant said. "We now follow cleaning [procedures] from hospitals and the health department. If you’re familiar with blood-born pathogens and how you have to clean a room after a surgery, it’s very similar to that. We’re treating all of [our guest rooms and public areas] as if they’re contaminated."

According to Bryant, that required buying specialized Clorox 360 carts to spray a bleach solution into the air. Bryant says they're the same units the Boston Red Sox use to clean their locker rooms (and let's face it, most locker rooms are far more disgusting than an operating room). Housekeeping staff were given PPE to protect them from both the virus and the bleach solution.

More labor intensive has been the uptick in tasks each housekeeper has had to perform. "[The cleaning] is much, much more detailed," Bryant said. "Now we’re sanitizing pretty much every touch point inside the room—every light fixture, every lamp switch, any place a person would put their hand, we make sure to clean. If a person removes one teabag out of the sterilized bag [holding the coffee and tea paraphernalia], we sterilize the whole thing again."

All shortcuts have been eliminated. "Before, if [a housekeeper] went into a room and the towel wasn’t touched on the towel rack, if it had its original fold—typically that’s not removed," Bryant said. "Now we remove everything."

Bed linens have been a particular challenge. The resort’s beds are made up duvet-style, meaning there’s a white sheet both below and above the blanket. In the past, Bryant told me, the blanket would only be cleaned if there was a stain on it. Now, it’s changed between each guest, because although the guest’s body probably doesn’t touch the blanket, guests could breath in particles from the top of it.

The extra towels and blankets have added a huge amount of tonnage to the laundry process, a process that was already being complicated by Covid-19. In the past, when the laundry was done it was simply loaded onto carts, unloaded in the laundry room, and then reloaded back into the cart with towels and sheets pulled from the cart as needed. Today, each room's towels and bed linens are bagged separately and put in sealed bags so they don’t get infected between the laundry facility and the room. Used laundry is immediately put in a sterile room before heading to the laundry (no sitting out in hallways or on open carts), and the carts are constantly being disinfected.

Roughly six extra steps have been added to the laundry process, and the added tasks have meant that, during a shift, a housekeeper is only able to clean about 8 rooms. According to Bryant, the average used to be 16 to 20 rooms per shift. What's more, public areas are being cleaned more frequently, with the gym, in particular, getting the bleach spray treatment three times a day.

Since business is slower than usual, with most guests arriving Friday and checking out by Sunday, Bryant says the cleaning staff has been able to keep up with the work, partly because they are not servicing rooms while guests are in residence. Generally, rooms are dark for 24 hours between Sunday and Monday and then are cleaned throughout the week to get ready for the next group of visitors on Friday.

But if bookings pick up, Bryant will be in hot water. Usually, he has 800 employees in the summer. This year, he’s only been able to hire 357—less than half the norm.

There are a few reasons for the shortfall. Bryant said that some employees had been making more from the federal unemployment boost that expired last week than they were making from working at the hotel, and therefor were no longer working at the hotel. But the biggest issue was that in the past, many employees were seasonal international workers.

"This year we requested 84 H2B visas, but we only received 28," Bryant said. "We got very, very lucky because the border was closed down and the visas were cut off, and literally the 28 we got had got their visas stamped within hours of the order [to stop the visas from being issued] being signed by the President."

Visas were a big problem last year, too, so Bryant prepared for this season by working with colleagues at ski resorts to get about 80 more workers who had gotten winter visa extensions to stay in the country and work during the summer as well.

The resort's labor shortfall is still a concern, though, and means that the hotel might not be able to sell all its rooms. That could result in operating without hope of a profit for months to come.

To help with safety, the resort installed a set of Meridian kiosks at the entrance to take the temperature of each guest as well as a photo so that, if an infection occurs, the time-stamped image would help with contact tracing. (Guests undergo the temperature screening just before checking in.)

Bryant has also posted strict regulations on the hotel’s website. "We let them know: We’re going to refuse service if you’re not wearing a mask," he said. "When [guests] walk the halls and see our associates in the masks, when they see us in the health club spraying during the daytime, it’s visible. You know that we’re actually doing it—we’re not just talking."

But that transparency about the rules doesn't always lead to compliance from guests. "It has been extremely intense," according to Bryant. "We had an altercation this past weekend, where a guest ripped the mask off my director of security and threatened him. And all he was politely doing was asking him to put your mask on when you got up from your table and walked through the hotel."

"People are extremely one way or the other with it," Bryant continued. "We get more complaints on our Facebook page and TripAdvisor about other people without masks on. . . . [Guests] come to the front desk and say, 'That person has been over at the lobby bar too long—their drink is empty, they need to put their mask on.' They won’t go to that person, but they’ll come to us."

"And it can be awkward because it’s not a hospitality thing to be an enforcer," he said. "We usually have to have our security department do that enforcement. Some people will say, 'Oh, I’m so sorry,' and put [the mask] up because they were reading on their computer and forgot. Then you get some people who say, ‘It’s my right. It’s my body.' So we quote the Executive Order [from Michigan Gov. Gretchen Whitmer]. We let them know: no mask, no service.”