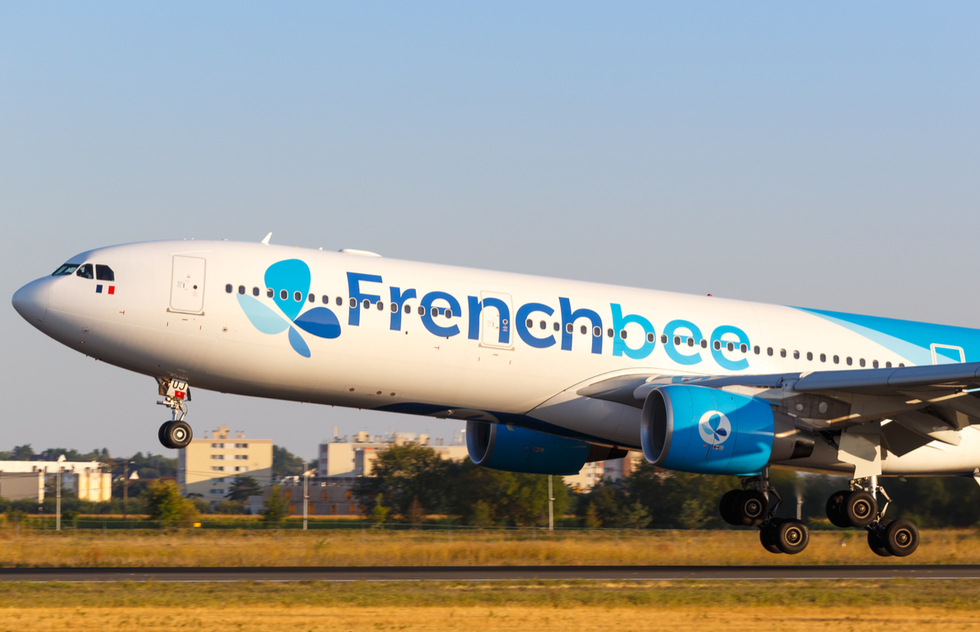 The Paris-based low-cost airline French Bee, which debuted in 2016, has launched its first route to and from the East Coast of the United States—and the fares are incroyable. (Or, to put it in the King's English, tickets are as cheap as chips.)

Operating between Newark Liberty International Airport (EWR) near New York City and Paris Orly Airport (ORY) just south of the French capital, French Bee's four-times-a-week transatlantic flights start at only $139 one way, according to a press release. In practice, we found most one-way fares start between $199 and $319, depending on the season.

The carrier's least expensive class of tickets, Basic, comes with restrictions (no checked bags, no in-flight meal, no refunds), but allows each passenger a 26-pound carry-on.

The next category up, Smart, which is about $70 more one-way, entitles flyers to the same Basic amenities plus one 50-pound checked bag and an in-flight meal. Premium tickets add another checked bag as well as perks such as priority boarding and more space in the cabin, but those fares are priced about $270 more each way than Basic tickets.

The 7-hour, 25-minute flights leave Newark every Monday, Thursday, Saturday, and Sunday at 10:55pm, arriving in Paris the following day at 12:20pm. Return flights depart Orly at 6:45pm and land in New Jersey the same day at 9pm.

Previously, the only U.S. city with French Bee flights was San Francisco. One-way tickets from that city to Paris start at $189—another not-too-shabby price we found easily available on the airline's website.

For the New York–Paris route, we used French Bee's online booking engine to uncover round-trip flights during the last week of October for the truly eye-opening price of $376.72 in the Basic category.

That easily beat the lowest price for the same round-trip service we found by plugging those dates and hubs in an online travel aggregator. JetBlue could get us there and back for $559, United Airlines for $1,159.

For the same dates, even French Bee's round-trip fares for its Smart and Premium tickets—$516.72 and $946.72, respectively—are competitive with what other airlines charge for their cheapest seats.

Another attractive offering from French Bee: air-and-train packages that let you combine your airfare with tickets from France's national railway operator so that you can explore the country by train once you get there for one discounted total price.

In short, this bee is buzzworthy.

For more information or to make a booking, visit FrenchBee.com.