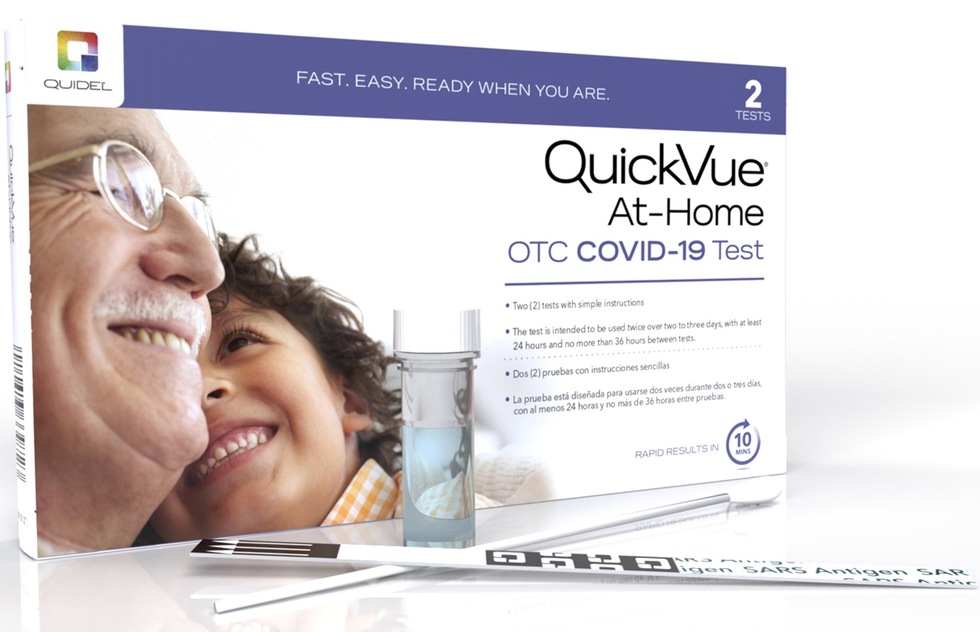 New Covid Testing Kits Can Be Packed and Used to Reenter the U.S.

The United States still requires everyone who enters to produce a negative Covid-19 test result that's no older than 72 hours.

The rule applies even if you're vaccinated, and the Centers for Disease Control and Prevention have given no indication of removing the requirement anytime soon.

The mandate, in place since January 2021, has thrown a wrinkle into international travel plans, sending U.S. tourists on hunts for valid testing sites during the last days of their foreign vacations.

But that search can be cumbersome, so in May the U.S. government said it would begin accepting home testing kits for purposes of reentry.

Now, more options are surfacing to fill that demand.

One new travel-oriented testing kit has been organized by CityHealth, an urgent care provider based in California. Though the group's operations are mostly centered on Sacramento and the San Francisco Bay Area, CityHealth's new RapidReturn Kit can be used by anyone, regardless of location.

Before leaving home, a traveler can purchase a kit and toss it in the luggage for later. In the days before returning back to the United States, users activate kits online, which generates a QR code. Using that code initiates a video call with a CityHealth medical specialist who supervises the testing process during a roughly 15-minute connection.

CityHealth reps say the telehealth service is available 24 hours a day without an appointment, clearing the way for travelers in other time zones to obtain results quickly.

Test results are instantly emailed to travelers as a PDF, which can either be printed or shown to border agents on a mobile device.

In case of a positive result or flight delays, there's a second testing kit included.

The key to making the home test work for international border crossings is the video call—supervising the test enables CityHealth to certify results to the satisfaction of the U.S. government.

Since the videoconferencing component is a must, the RapidReturn Kit may have trouble delivering certified results in destinations with weak or spotty internet connections.

RapidReturn has partnered as an officially sanctioned test with Southwest Airlines and the main airports in San Francisco, Sacramento, and Long Beach, California, and, thanks to an emergency authorization, RapidReturn results are accepted at any U.S. border crossing.

The price of RapidReturn's kit and video supervision is $75 per person, including shipping.

Other video-observed testing kits are newly available as well, but at widely varying prices—Costco's self-test kit with a video call is priced at $119.

American Airlines favors the BinaxNOW self-service test, which sells via a link on the carrier's website for $150 (for a pack of six) and because of high demand currently requires a 30-minute wait for test results.

Alaska Airlines partnered with the makers of the Ellume test, which costs $50, but some have found it overly complicated to use.

RapidReturn uses the QuickVue test, an over-the-counter test that costs about $25 by itself ($75 with the necessary video observation by CityHealth) and relies on a relatively simple nasal swab.