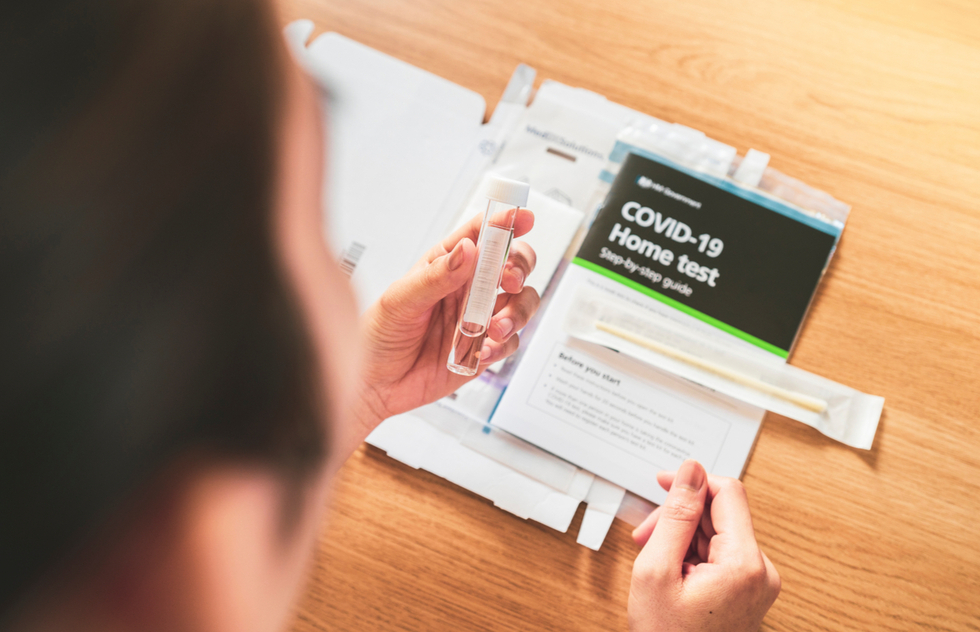 Travelers entering the United States may now use at-home tests to prove they're negative for Covid-19, according to rules updated last week by the Centers for Disease Control and Prevention (CDC).

Since January, anyone coming into the country—including citizens returning from vacations abroad—must present proof of negative Covid-19 test results obtained no more than three days before travel (or show proof of having recovered from the virus within the last three months).

The test must be an antigen (aka rapid) test or a nucleic acid amplification test (NAAT); a common example of the latter is the RT-PCR test.

Up to now, the CDC did not okay self-administered tests. That has added a hurdle for Americans vacationing beyond the country's borders because those travelers must arrange to get Covid-19 tests in a foreign country. (Some hotels in destinations accepting U.S. tourists have stepped up to offer onsite testing before departure.)

The CDC's new decision to accept at-home test results was praised by the trade group Airlines for America, which called the move "an encouraging step in facilitating the international travel process," according to USA Today.

So if you're an American planning to travel internationally, should you throw a do-it-yourself Covid test kit in your luggage along with your passport and Frommer's guidebook?

That's now a possibility—but there's still a lot to consider.

First of all, U.S. travelers should keep in mind that the at-home option is for entering (or returning to) the United States only. You'll still need a professionally administered test to go to most other countries accepting visitors. Carefully read the requirements and restrictions of your chosen destination in advance.

The CDC's updated guidance states that in order to qualify, an at-home test must be a SARS-CoV-2 viral test (NAAT or antigen) with emergency use authorization from the U.S. Food and Drug Administration.

What's more, the testing procedure must include a telehealth service affiliated with the manufacturer to supervise you remotely via an audio-visual connection.

The telehealth provider must confirm your identity and observe you taking the test, and you must be given some sort of digital proof so that airlines can verify the results.

The FDA has approved several at-home testing kits, and major airlines, including American and JetBlue, have partnered with providers to offer at-home testing—though the telehealth component drives up the cost, putting a significant strain on vacation budgets.

For example, Costco's at-home test with video observation will set you back $119.

Contrast that with the $0 currently charged for onsite testing at many resorts in Mexico and the Caribbean, and it's pretty clear what the cost-conscious option would be for an American abroad who needs a test to go back home. (Then again, who knows how long free onsite testing will be a thing?)

Also, the CDC's guidance warns that some countries may not allow travelers to bring in tests that are not authorized there. So if you're planning to pack an at-home testing kit to use in your international destination in order to return to the U.S., you'll want to consult the location's official travel restrictions ahead of time to make sure the test won't be seized at the border.

Finally, it's worth noting that despite easing restrictions on international travel somewhat, neither the CDC nor the U.S. State Department are exactly keen on the idea of Americans leaving the country right now. Scores of nations remain on both agencies' Do Not Travel lists. Exercise caution with your travel choices; there's a lot to stay informed about at the moment.