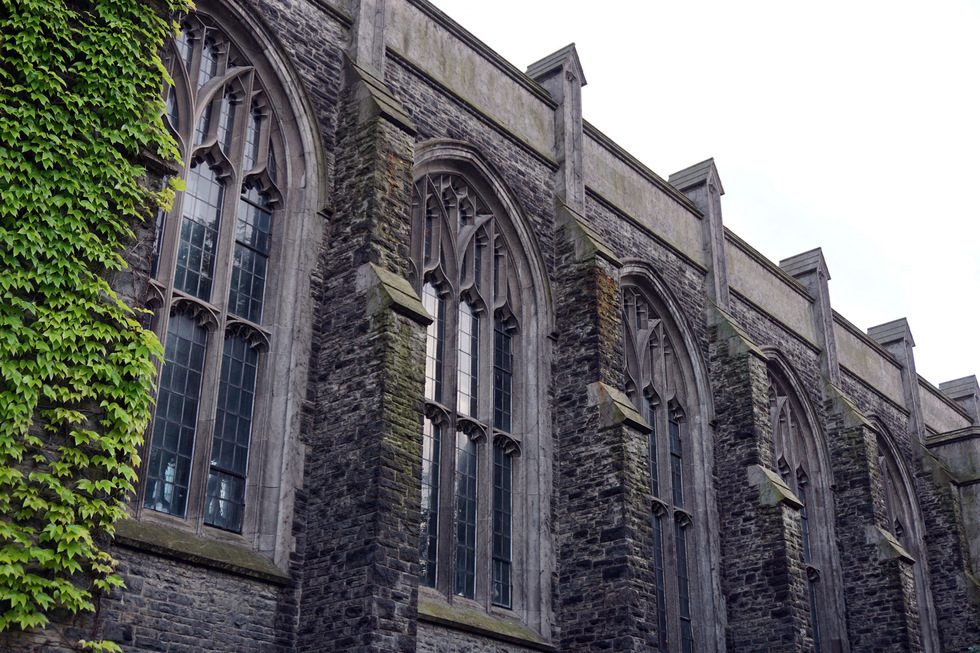 The "learning vacation:, a summer week or two of serious reading and discussions, is usually organized by a great, English-language university. Oxford, Cambridge, Cornell, and St. John’s are the names that normally come to mind. At each of these famous centers of learning, many hundreds of Americans now travel in July and August to live in a vacated student residence, attend classes presented by eminent professors, and spend their days returning to the happiest moments of their earlier lives when they were undergraduates pursuing the liberal arts.
But a twenty-year "newcomer": in Canada’s Toronto called "Classical Pursuits" is now gaining ground (in popularity) among the renowned university vacations. Organized that long ago by a resident of Toronto, Ann Kirkland, Classical Pursuits is now a summer vacation to reckon with. And because it operates not simply in summer but throughout most other months as well, it needs to be considered this far ahead of July and August.
One segment of Classical Pursuits, a month-long period of one-and-two-week stays, is scheduled for the months of July and August, when it is known as “Toronto Pursuits”, and is conducted on the lovely campus of the University of Toronto. Participants take up residence in either a student dorm (single or double rooms) in Victoria College (pictured above; it belongs to the University of Toronto) or in a hotel chosen by the participant.

Seminars take place every morning Monday through Friday, and in 2018 you'll have your choice among nine different subjects, including Position and Influence in Trollope, Memoirs of Hadrian, The Art and Artistry of Conducting, Homer’s Iliad, The Birth of New Powers in Florence, and four more. In addition to your attendance at five morning seminars led by eminent authorities, you receive morning coffee and newspapers, five daily buffet lunches, daily afternoon speakers, a five-day opera lecture series, three cocktail receptions, film screenings, guided walks, a travel bazaar followed by dinner, and a range of other cultural and social activities.

The fee, covering everything other than accommodations: CAN$1,485, which converts to around US$1,140—a remarkable bargain thanks to the strength of the U.S. dollar.
Outside of summer, Classical Pursuits conducts a number of international and domestic trips, all of them led by academics, authors, or authorities on an intellectual level that puts the average commercial tour to shame.
If you’re interested (and a large number of intellectually curious Americans are), write to info@classicalpursuits.com for detailed schedules and listings.
Local Experiences
Senior
Single