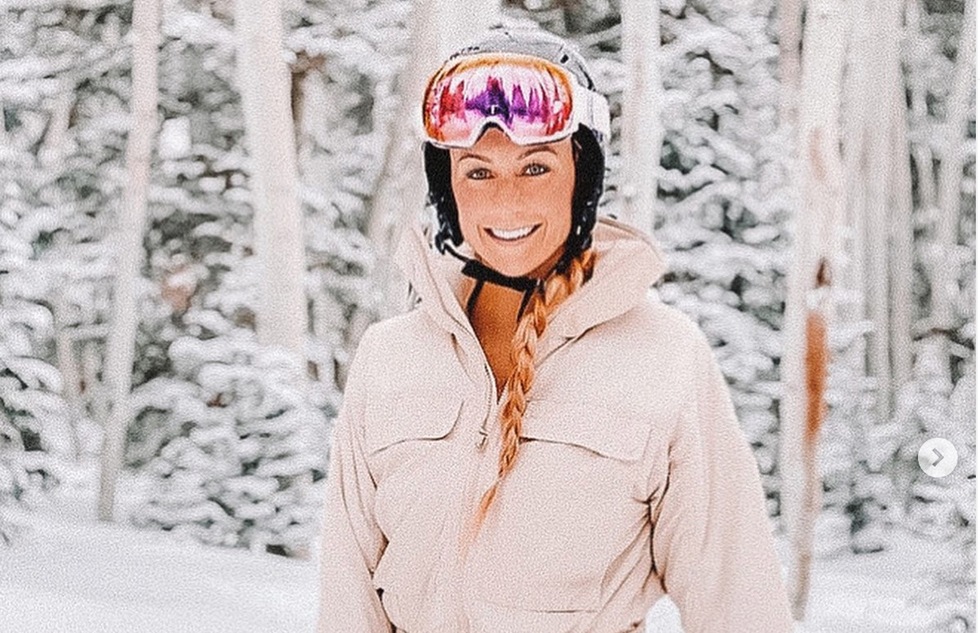 A travel influencer with more than half a million Instagram followers and more than 207,000 TikTok followers is being sued by the consumer protection group Travelers United over allegations that she told "increasingly bold lies" to amass followers and seduce investors into lucrative sponsorship deals.

Cassie De Pecol, a onetime contestant on Discovery Channel's Naked and Afraid, is the target of the 119-page legal action, which claims she lied about being the "first woman to travel to every country" (and about being awarded a Guinness World Record for that feat) so she could charge hotels and other businesses thousands of dollars for social media posts praising their products and services.

The complaint cites data suggesting De Pecol could make between $5,000 and $25,000 for every Instagram post and likely earned fees of $18,000 for speaking engagements.

De Pecol's boasts about her travel achievements were repeated in outlets such as the New York Times and NBC's Today. The Travelers United suit also details instances in which brands such as Red Bull, GoDaddy, Quest Nutrition, and Venus hair removal repeated De Pecol's claims about her travel history in advertisements and marketing materials.

"Why have so many reporters and brands fallen for her claim? Because the claim sells," the filing states.

The lawyer behind the suit, Lauren Wolfe, says she spent months investigating De Pecol, dismantling her claims and identifying instances in which financial relationships were not disclosed in accordance with Federal Trade Commission guidelines.

Among other allegations, the filing claims De Pecol told her audience and potential advertisers that she was scheduled to fly to space as Virgin Galactic's "first sponsored astronaut," but that company would not confirm any partnership.

For the complaint, Travelers United also chronicled cases in which De Pecol is said to have posted positive reviews, particularly of Marriott hotels, without appropriately disclosing her financial arrangements with the properties. The group also alleges she used a false identity to post five-star reviews of her own book on Amazon.

Both De Pecol's website and Twitter account currently claim she is the "first woman on record to travel every country in the world." The court filing details an instance in the South Pacfiic when De Pecol was said to be observed disembarking an arriving plane, having her passport stamped, and immediately boarding the same plane to depart the country.

The filing also says De Pecol wrote a book, which is available for purchase through Amazon and Barnes & Noble, that contains "travel claims that are misleading and deceptive and have never been confirmed by any travel or record setting organization." According to Travelers United, the book's cover includes praise from Condé Nast Traveler that the magazine had withdrawn. 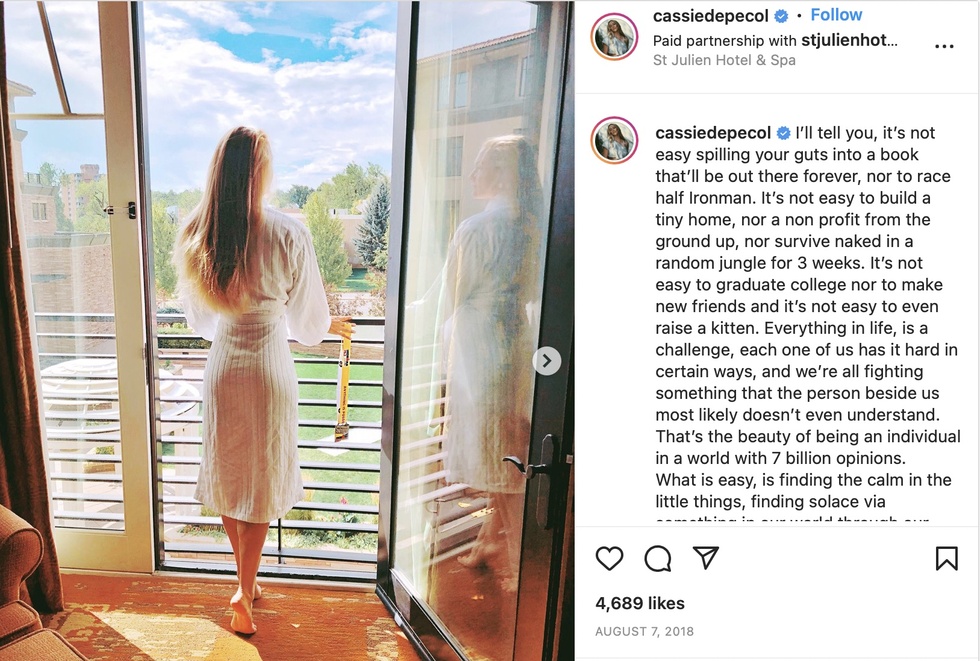 (One of the Instagram posts cited in the lawsuit, which alleges De Pecol did not label ads according to FTC guidelines and then left glowing Tripadvisor reviews for hotels that paid her for sponsorships)

If the accusations are true, De Pecol would hardly be the first person to twist the truth on social media. The lawsuit singles her out as part of a broader effort to advocate for consumers by pressuring the U.S. government and major social media platforms to commit to policing and enforcement of their own published rules.

"We regret that we have to bring this lawsuit," Travelers United said in its statement, "but it does not appear that [Instagram's parent company] Meta is capable of regulating truth on its platform and the FTC has yet to bring a legal action against influencers."

The page for De Pecol's podcast on the popular Wondery network now contains no information about her program, but De Pecol's 2017 appearance on Lewis Howes' The School of Greatness podcast, in which she goes into detail about her aggressive pursuit of sponsorships, remains available.

I attempted to reach De Pecol for comment, but the contact form on her website returned an error. I reached out to the person named on the website as De Pecol's manager but have not received a response as of this writing.

In a statement to the Washington Post, De Pecol said, "This complaint is yet another baseless attack on me and my accomplishments.” She added that she intends "to vigorously contest what regrettably appears to be a rehash of the same untenable allegations that have been leveled against me in the past."

The legal action, which was filed in DC Superior Court, is not the first time Travelers United has gone to bat for Americans over ethical practices in the travel industry.

As I reported last year, the group sued MGM Resorts for retaining "resort fee" surcharges during the darkest days of Covid-19 despite the fact that many amenities were no longer available, proving, as that filing stated, "there is no correlation between amenities and resort fees."