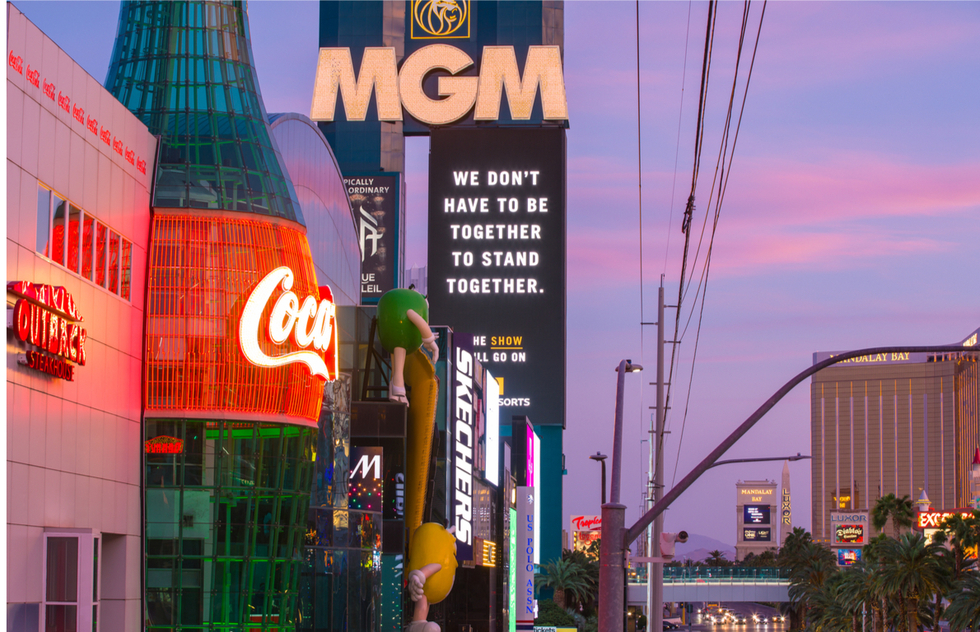 If you have traveled or shopped for travel in the past few months, you've probably noticed a vexing trend: Many hotels in the United States have drastically curtailed amenities because of the pandemic—but haven't reduced resort fees a penny.

Travelers United, a nonprofit consumer advocacy group based in Washington, D.C., is suing MGM Resorts International in the Superior Court of the District of Columbia over resort fees. (You can read the filing here.)

Filed in February, the lawsuit alleges that MGM's hotels do not disclose the true cost of a room when customers make reservations, which would be a violation of D.C.'s Consumer Protection Procedures Act.

At some properties in MGM's hotel portfolio, the addition of a resort fee serves to "more than double the advertised room rate," according to the filing.

The practice of charging resort fees is illegal in Europe, but in the United States, where consumer protection laws are weaker, hotels routinely claim added fees fund perks.

In making that assertion, though, hotels may have set a legal trap for themselves.

"Many MGM properties claim the resort fee pays for a variety of amenities but during the Covid-19 pandemic, many of those amenities were reduced or eliminated," Travelers United said in a statement announcing the lawsuit. "Despite this, MGM never lowered the price of their resort fees. This shows that clearly there is no correlation between amenities and resort fees."

This is the exact scam over which I sounded the alarm six months ago here at Frommer's in a post titled "Hotels Suspended Amenities But Are Keeping Resort Fee Cash. The Scam Must End."

In its court filing, as a matter of fact, Travelers United cites the following quote from my commentary: "All the hotel industry had to do to maintain the illusion of good faith was to reduce resort fees while amenities are unavailable. But owners are so used to charging bogus fees without being challenged that they forgot to maintain the subterfuge."

MGM's failure to retract resort fees when amenities were no longer available proves that "a resort fee does not exist to provide amenities at a hotel," according to the suit.

In Las Vegas, resort fees might also be termed "guest amenity fees," "facility fees," or "destination fees," suggesting a jumble of justifications that further undermines the hoteliers' claims that the surcharges are required because they pay for amenities.

The Travelers United suit also claims that when MGM labels these surcharges as "taxes and fees," it misleads consumers "to believe the additional fees they are paying are government-imposed" when they are actually pocketed by the property.

"MGM lies to its best customers," Travelers United concludes in a statement.

In 2017, an economic analysis by the Federal Trade Commission determined that resort fees are harmful to consumers, and the charges are under increasing legal assault and public backlash. Not only are many state attorneys general investigating, but rising hospitality companies are loudly rejecting the fees altogether.

When Virgin Hotels Las Vegas takes over the old Hard Rock Hotel later this month, the company will emphatically not charge resort fees. "We are so proud to be one of the first major casino-resorts in Las Vegas without a resort fee," said hotel owner Richard Bosworth in a pre-opening statement touting the brand's "No Nickel and Diming" policy.

Even though I am quoted in the Traveler's United lawsuit against MGM, neither I nor Frommer's are involved in the case. But if you've been reading our advocacy on the matter for any length of time, you'll know that we think resort fees are a scam, a tax dodge, and something you should resist paying.

We suggest consumers spend their money at hotels that do not charge resort fees, and we support any measure that ends duplicitous and anticompetitive practices that trick consumers.